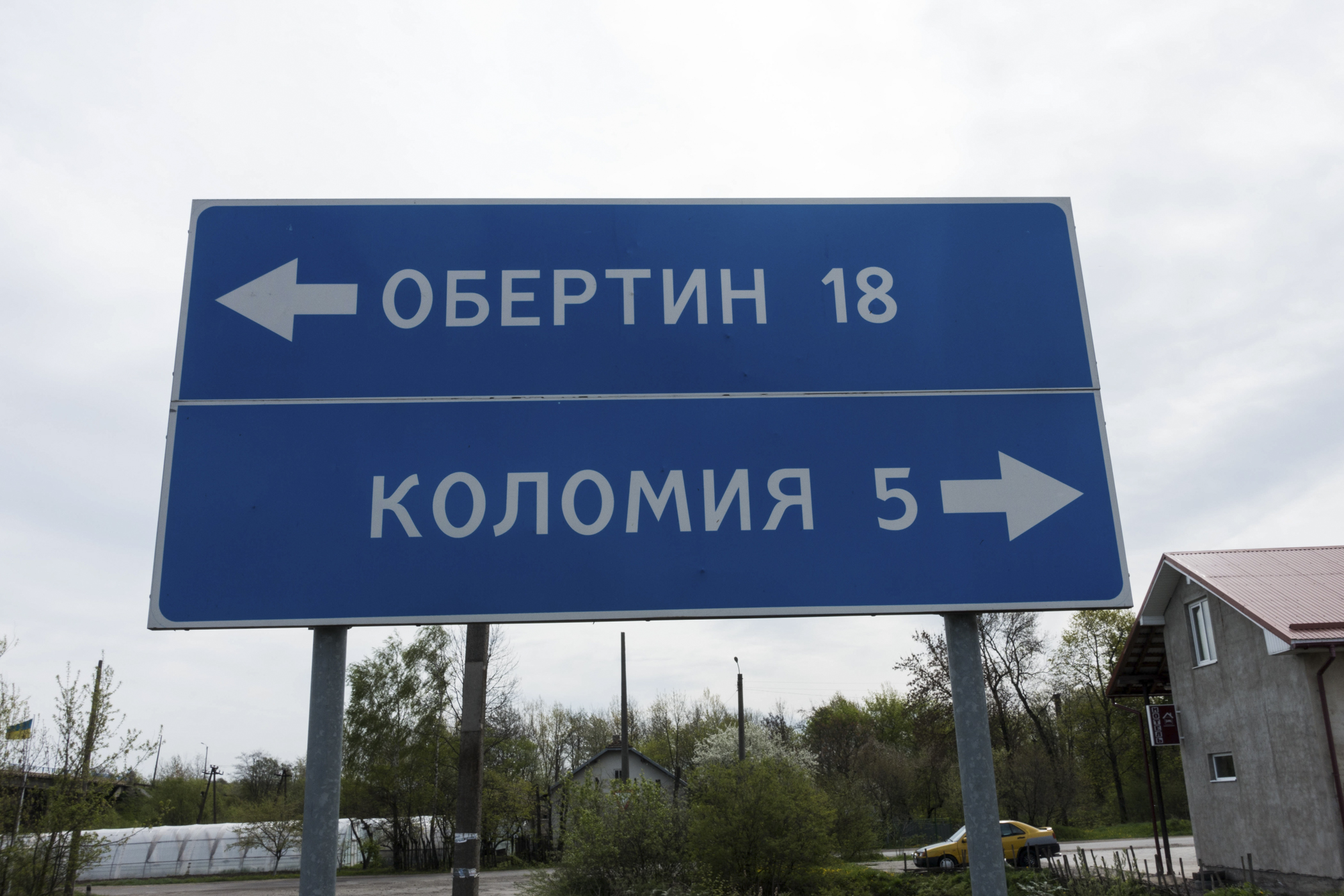 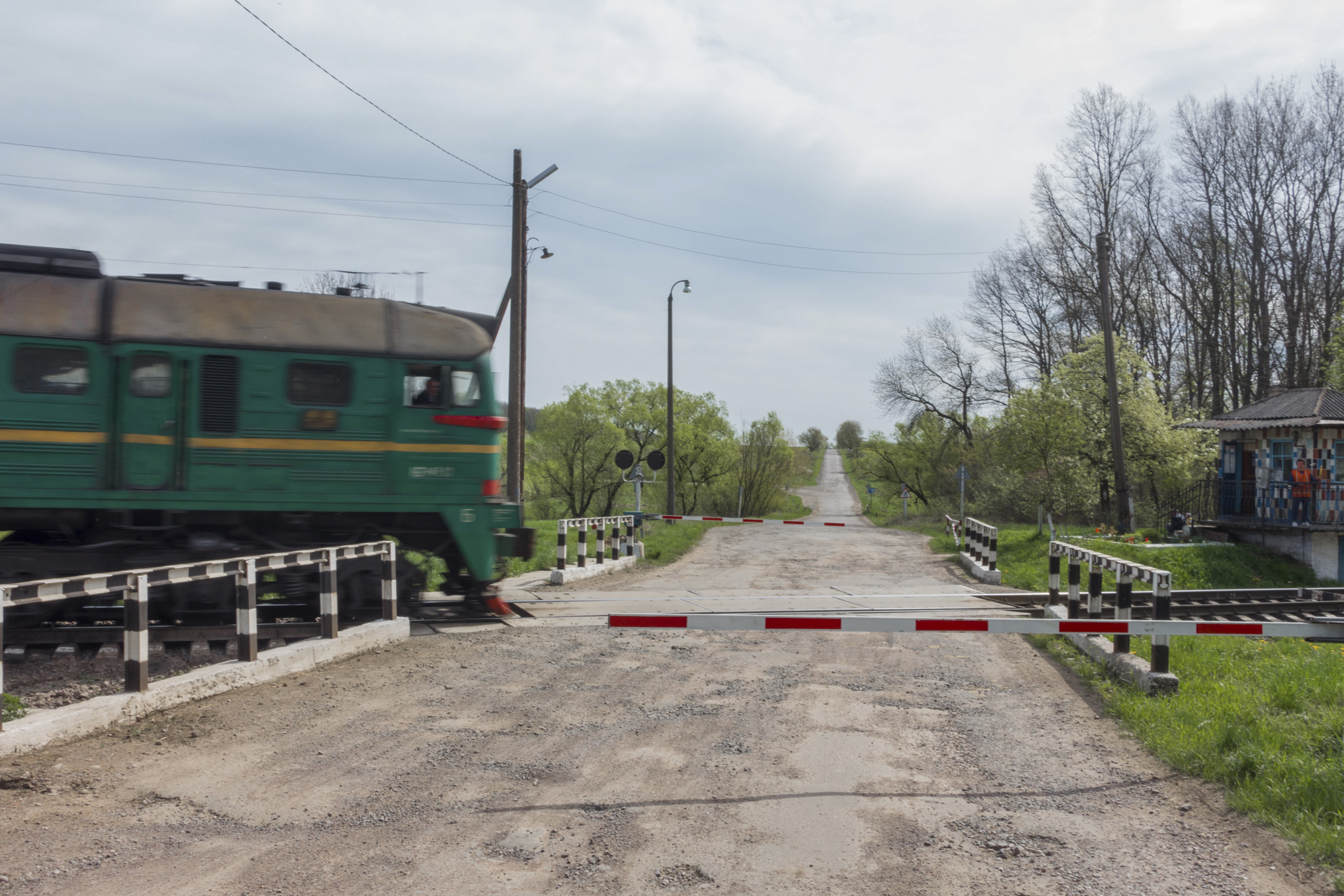 We traveled through an immense agricultural landscape to Obertyn, Ivano-Frankivs’ka oblast, Ukraine. 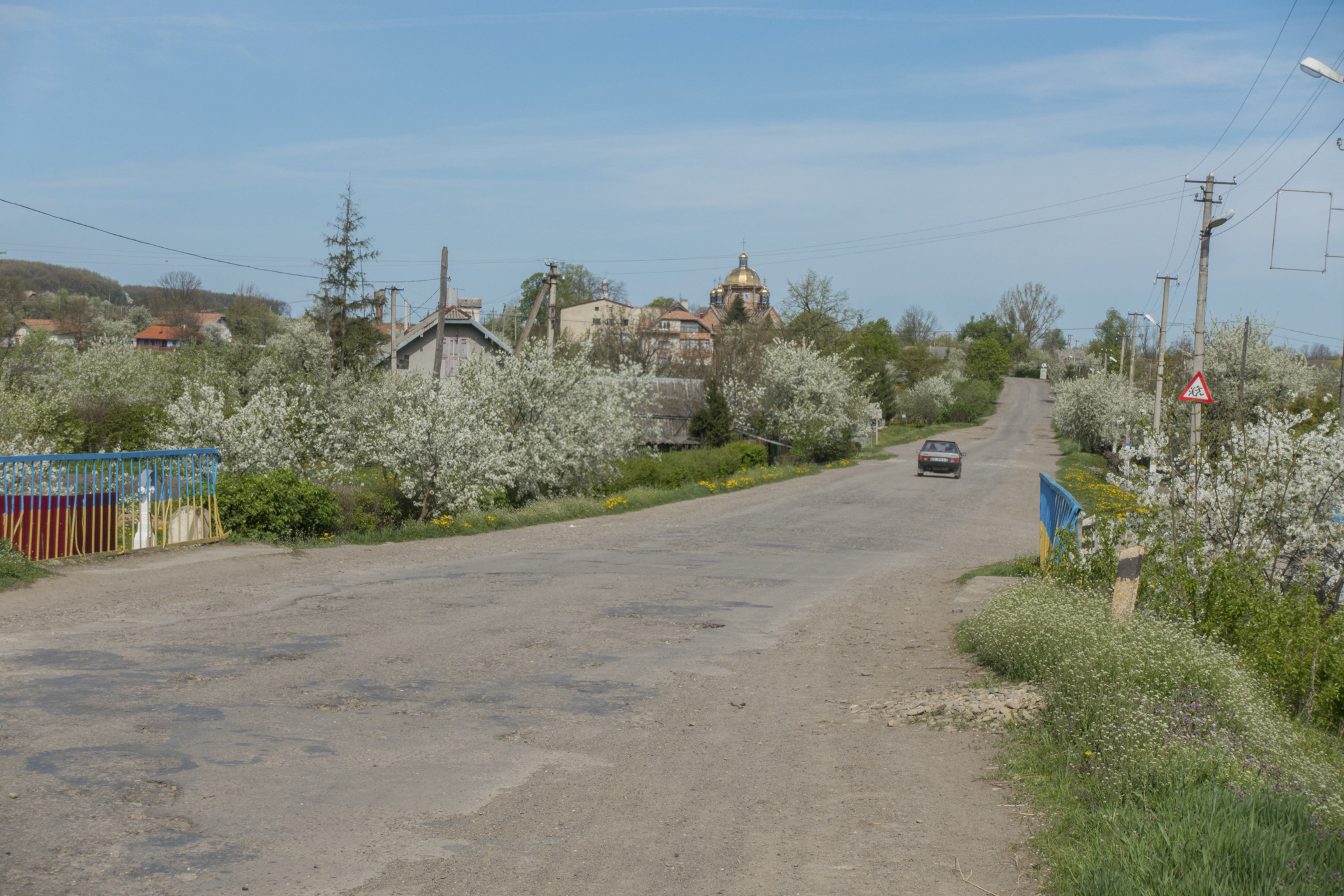 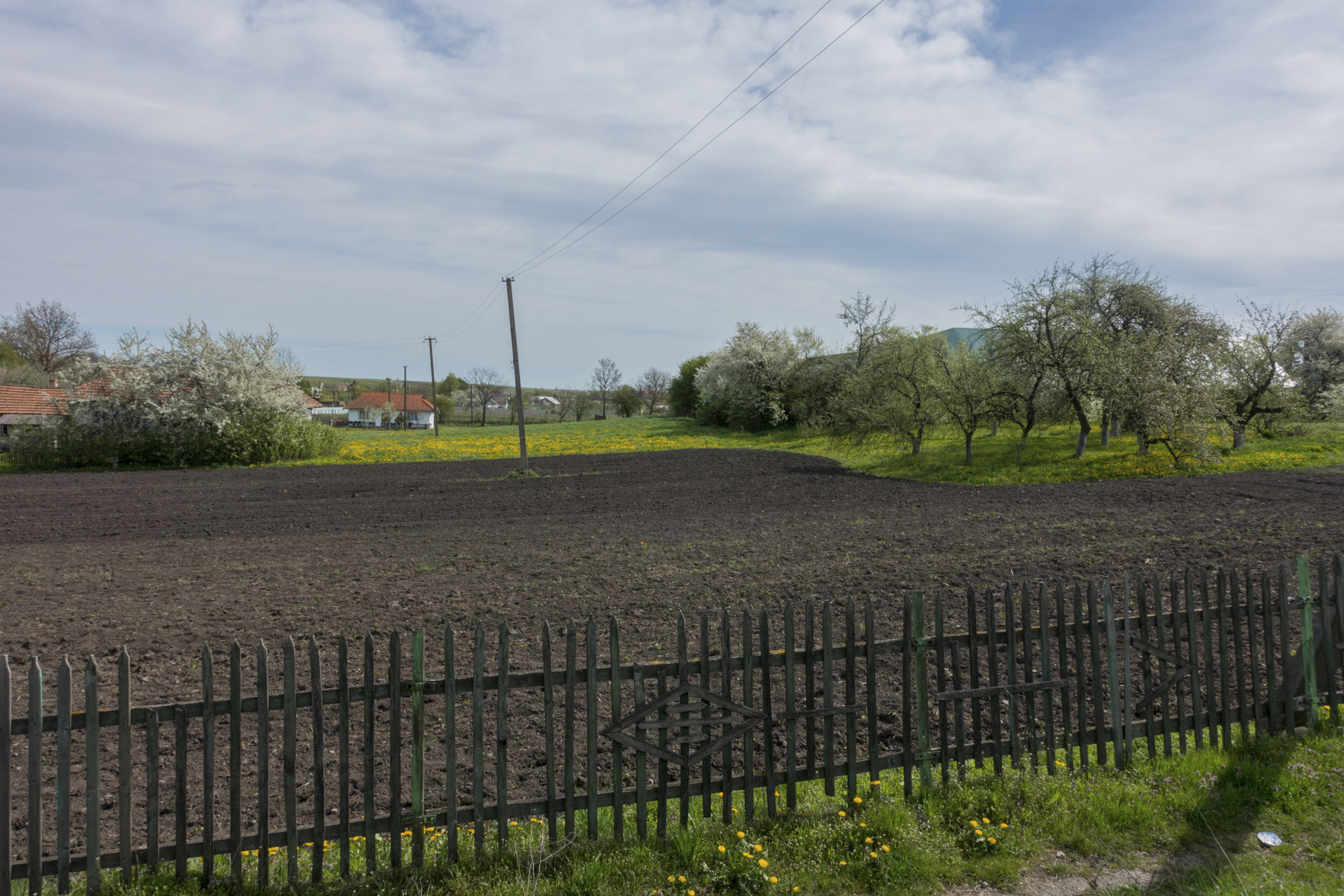 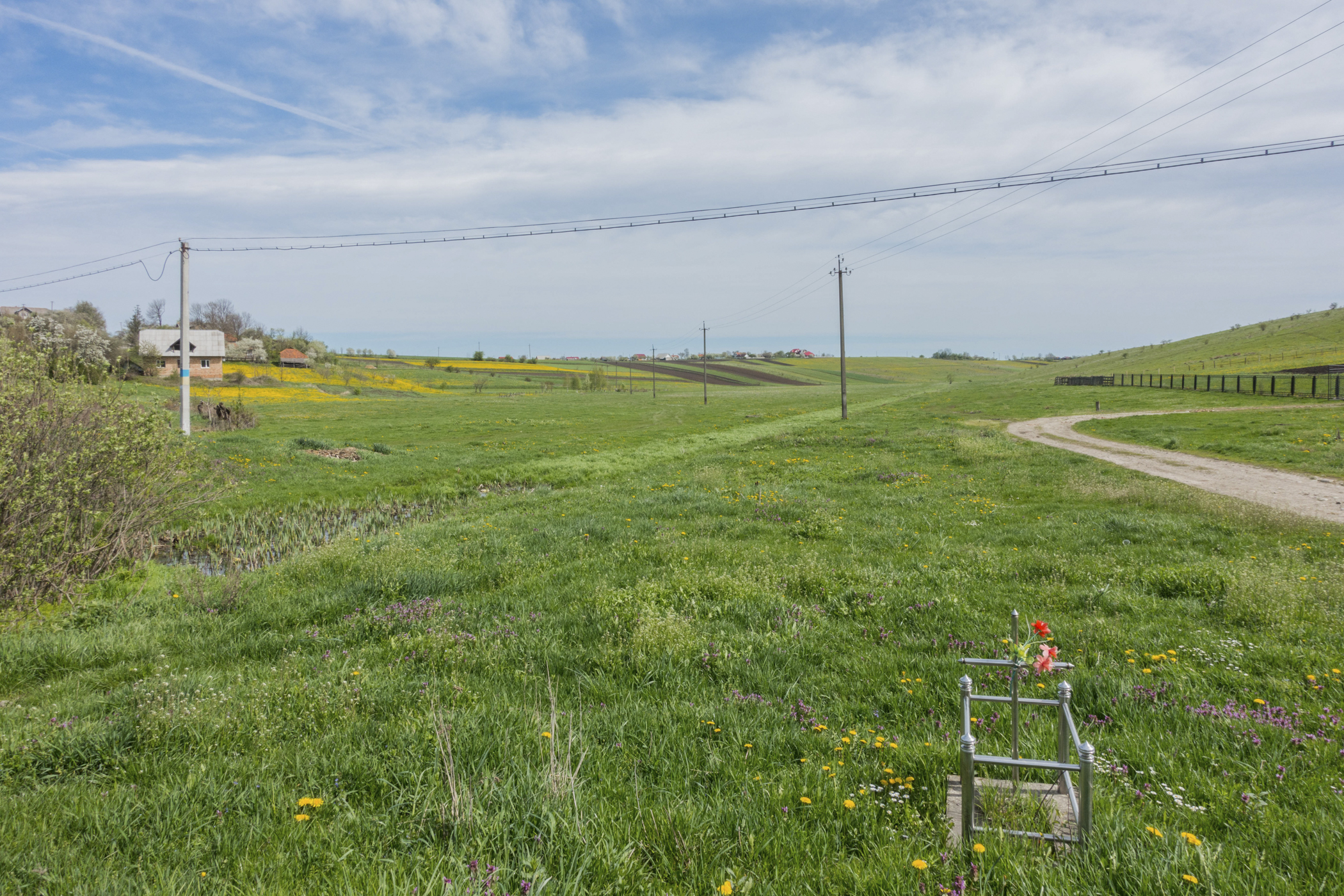 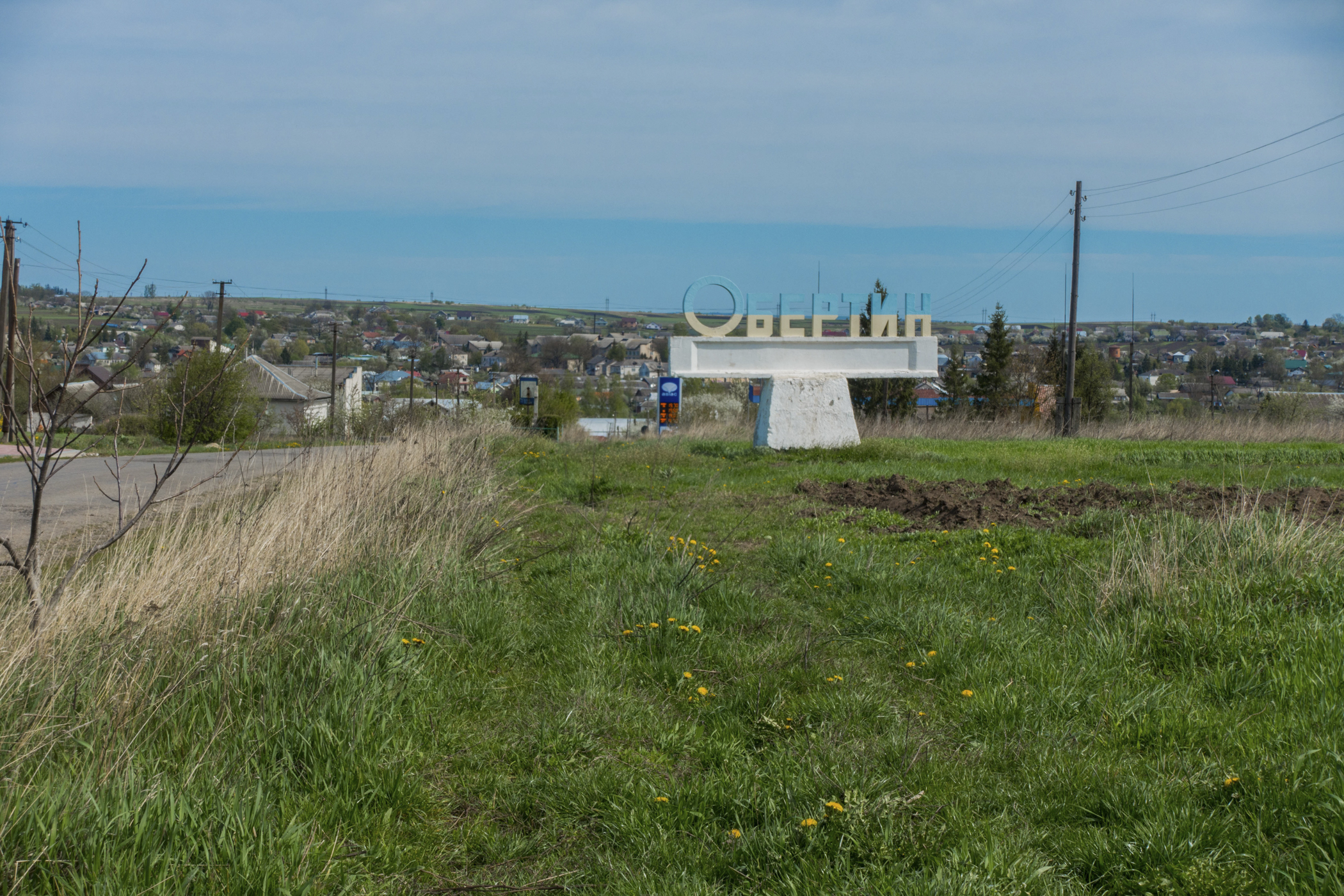 Iris’ maternal grandfather, Schebse Merl (Samuel Merrill), who lived from 1878 until 1940, probably lived in Obertyn. His father, Josef Leib Merl may have died in 1882; Iris found his death recorded in Obertyn, Lviv, Ukraine.

According to Iris’ mother Shebsel was supposed to have five brothers who remained somewhere in Galicia.

Shebsel’s sister, Devoire Blitzer, immigrated to the US in 1901 and listed Kolomnea as her last place of residence. Her husband was David Blitzer. Her nationality is identified as Galician.

Schebsel was orphaned when he was 4-6 years old, both his father and mother having died around the year 1882.

He was apprenticed when he was 6 years to a furrier and worked in that trade after he arrived in NYC, where he lived for the rest of his life, dying in Brooklyn in 1940.

We think Schebsel was in the Austrian cavalry.

In 1903 Schebsel left on the SS Hanover from Bremen and arrived in Ellis Island also listing Kolomia as his residence and his nationality as Austrian. He was single, 24 years old and initially lived with his sister on Ludlow St. in the Lower East Side of Manhattan.

In the Yad Vashem central data base of Shoah victims’ names there is a list of murdered Jews from Austria with the last name Merl. One name Israel Merl is from the town of Tarnow, the other, Yta Merl, is from Obertin, Horodenika, Stanislawow, Poland. Is it possible they’re related to Iris’ grandfather? 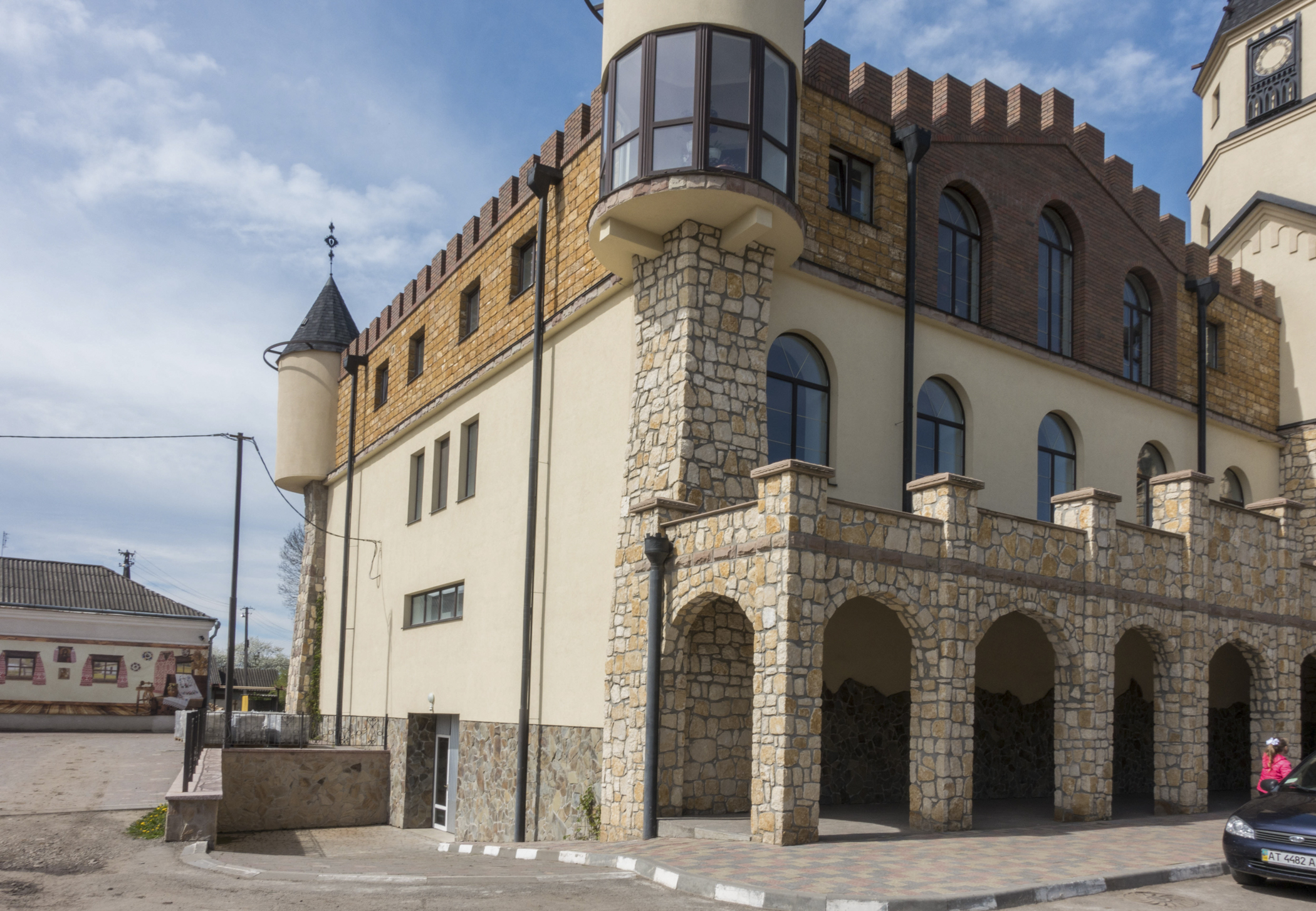 Alex Dunai identified records indicating that Schebsel may have lived behind a modern pizza restaurant (a fantastical castle-looking building), so we walked around behind it. 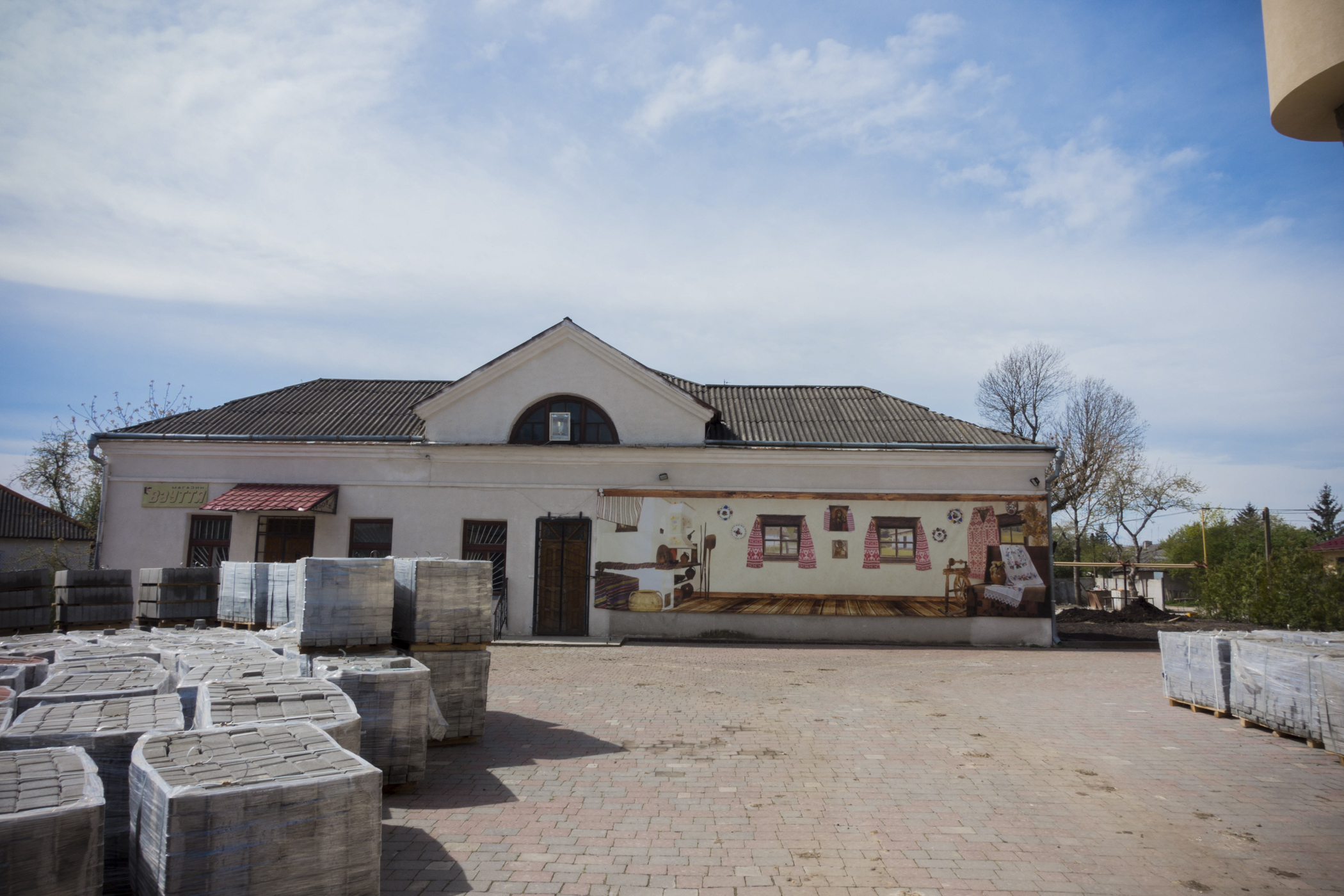 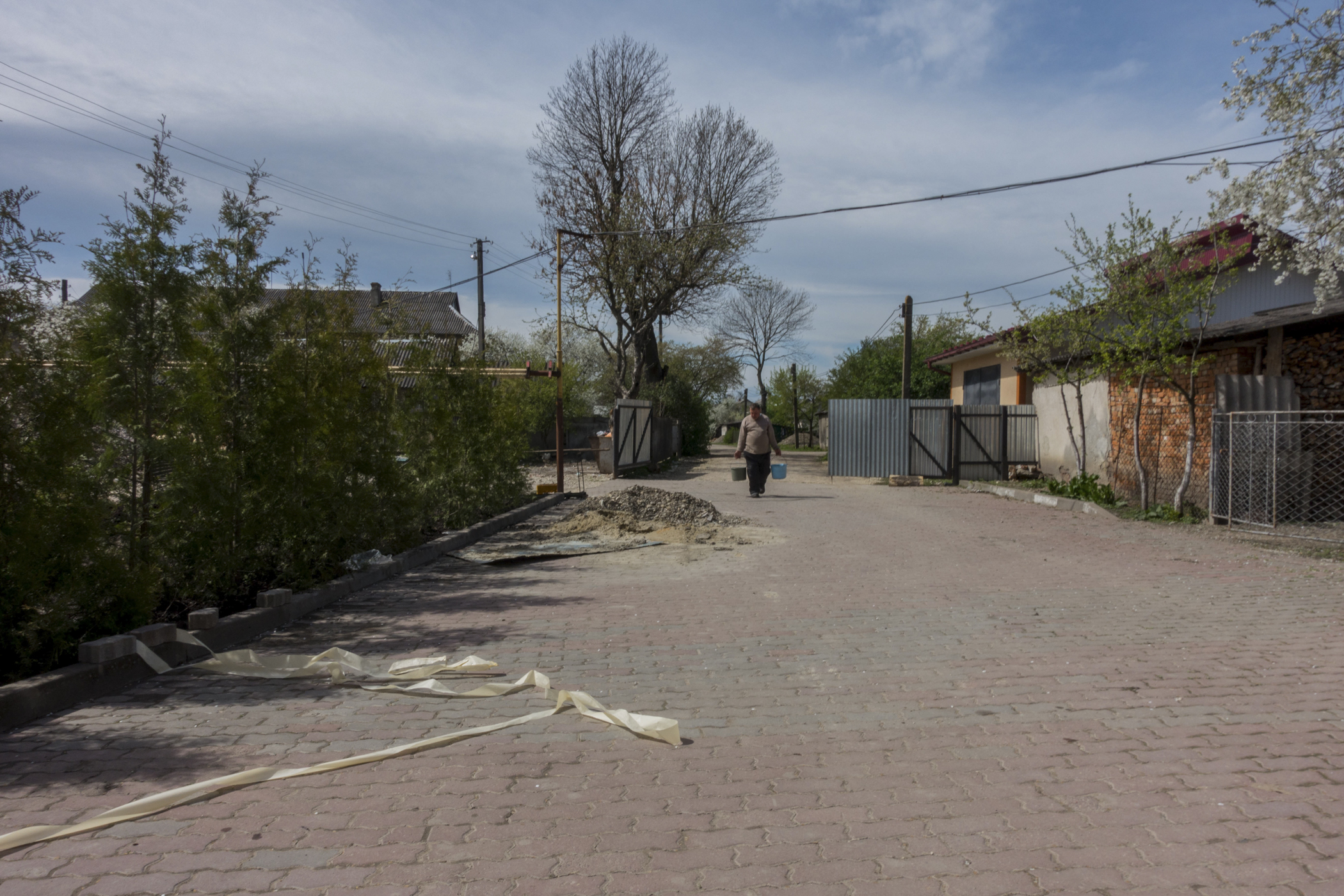 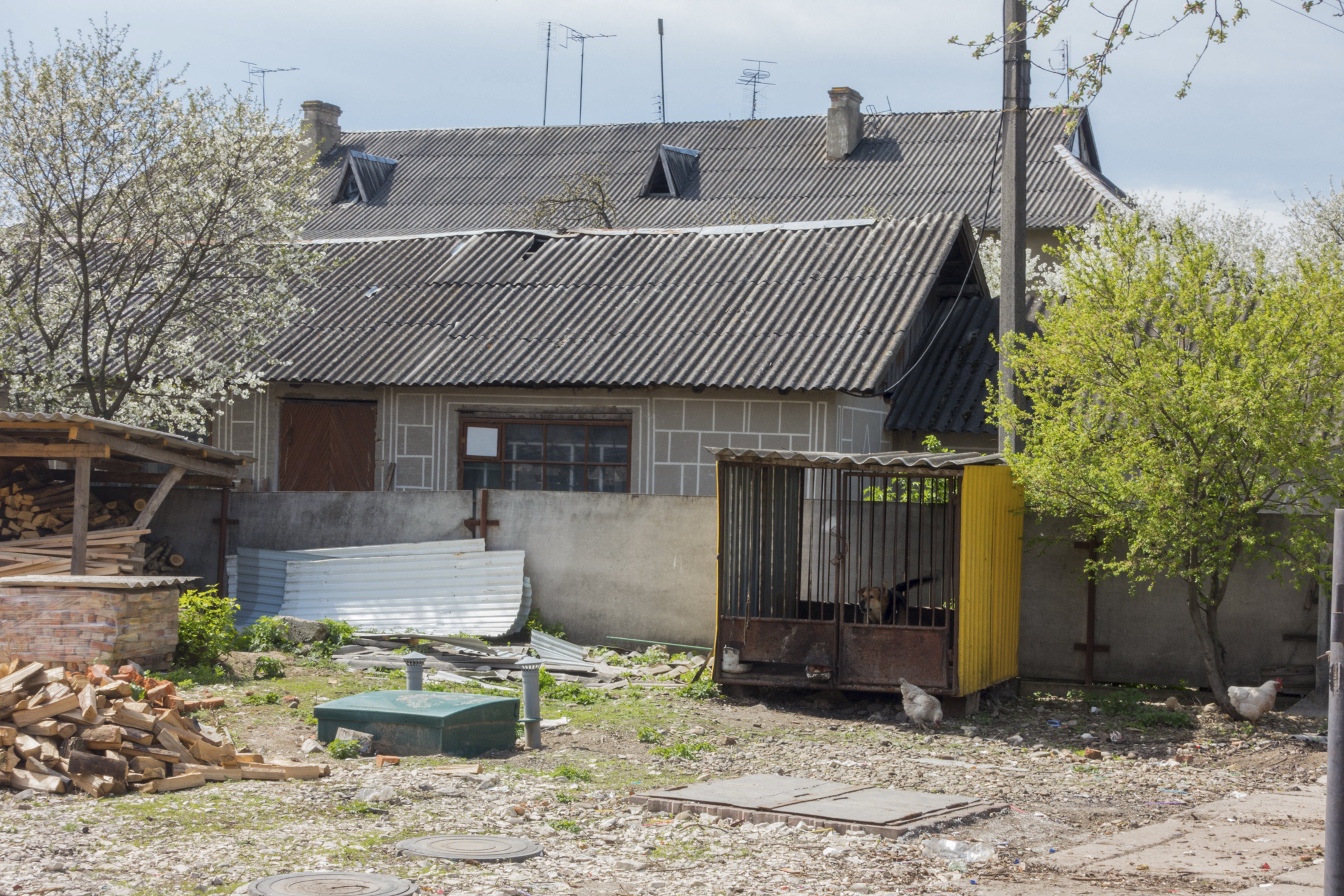 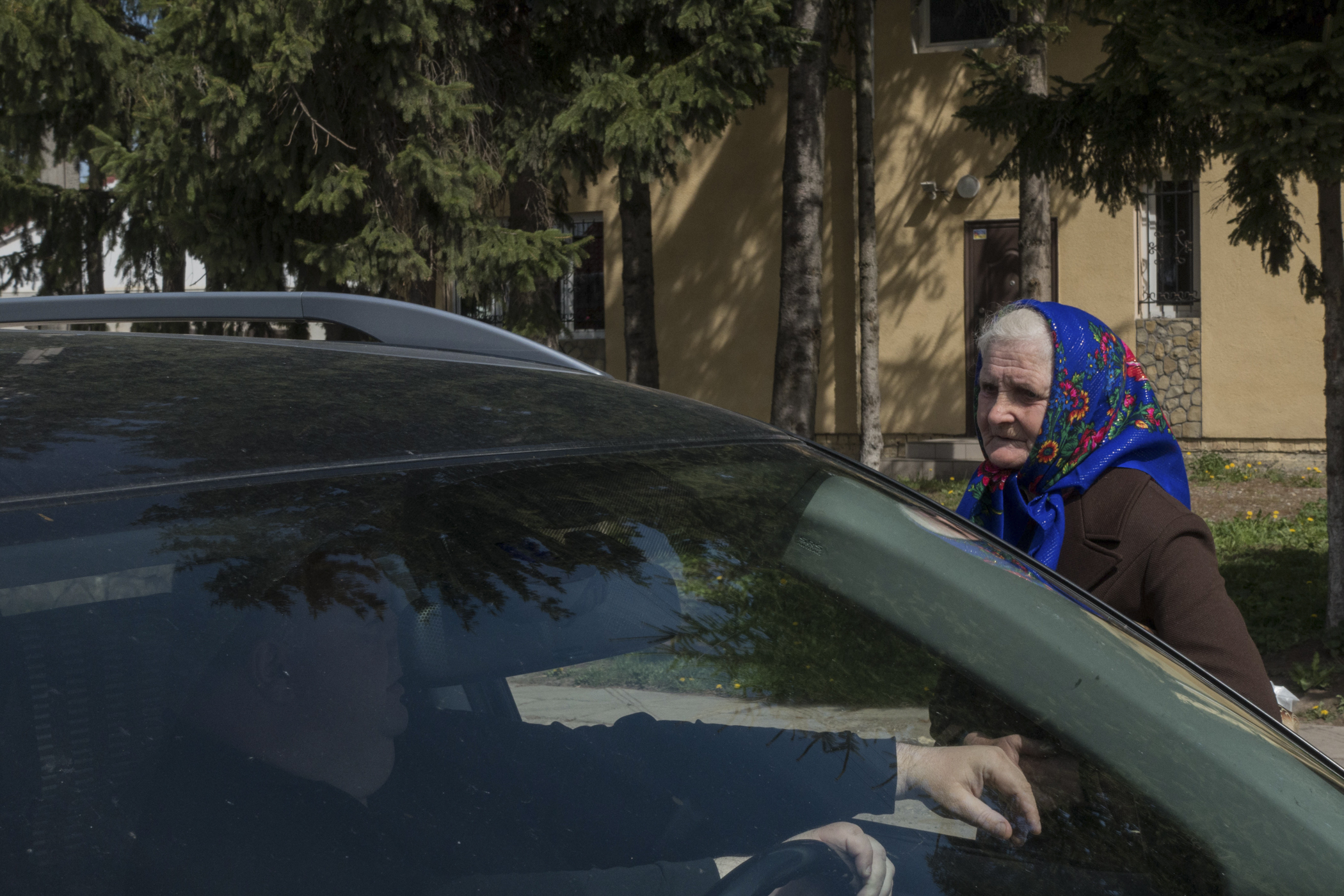 Alex got information from a woman on the street. There were lots of people outdoors in Ukraine and Alex boldly talked to them all. 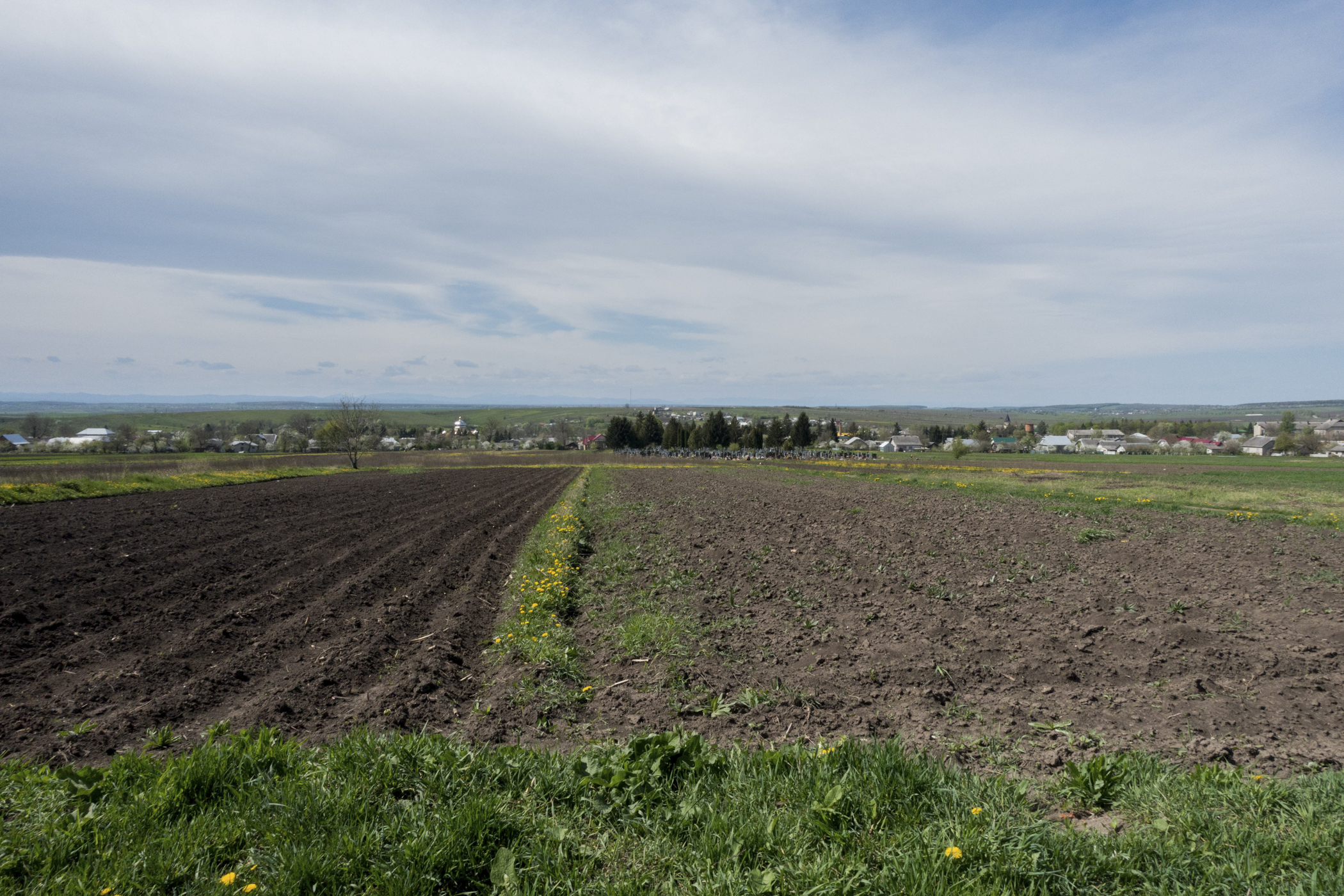 Following this woman’s directions Alex found an old Jewish cemetery on a beautiful slope. We drove by it but didn’t go in. 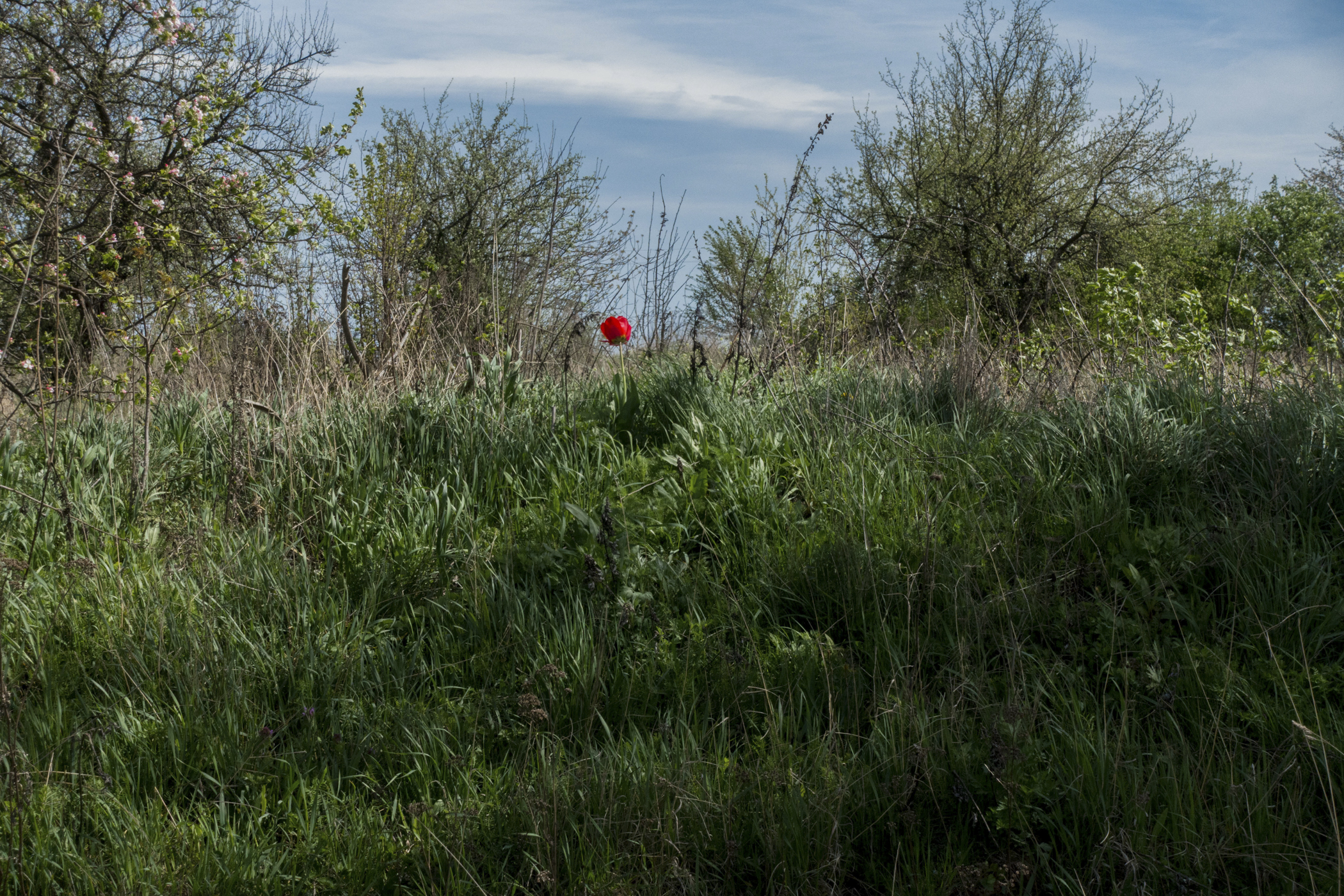 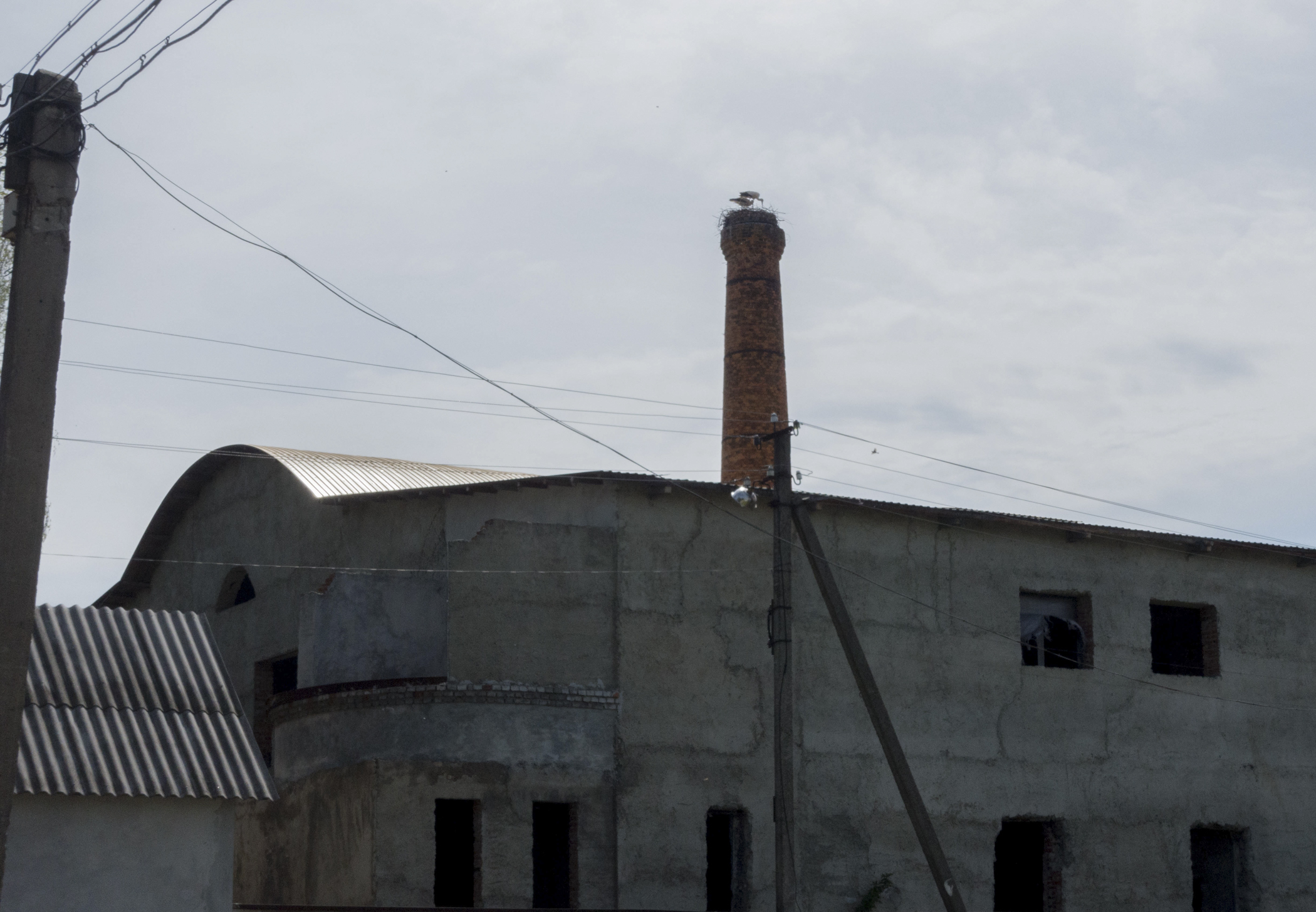 Time to stop and photograph a pair of storks caring for their babies. Wish I had a telephoto lens. 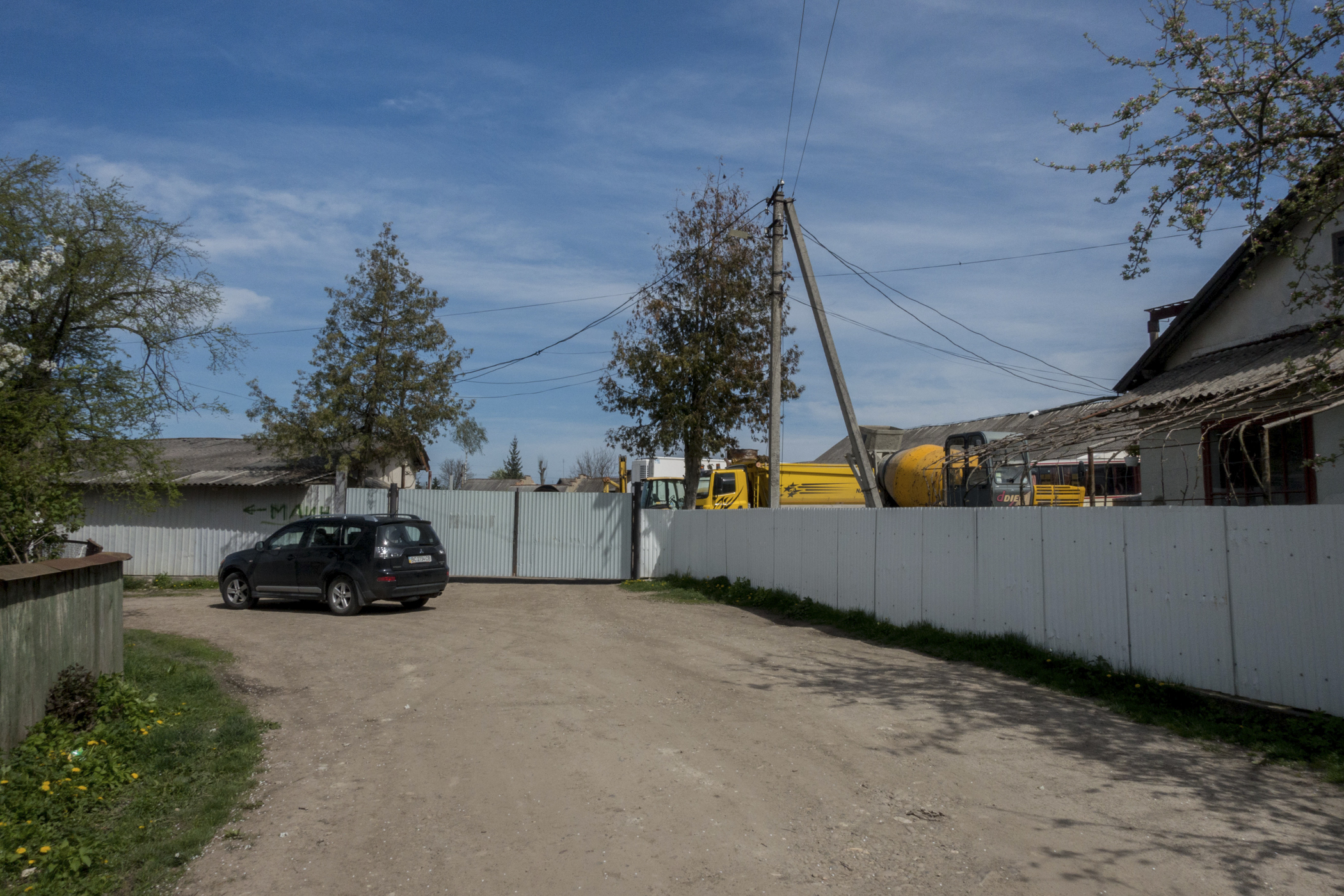 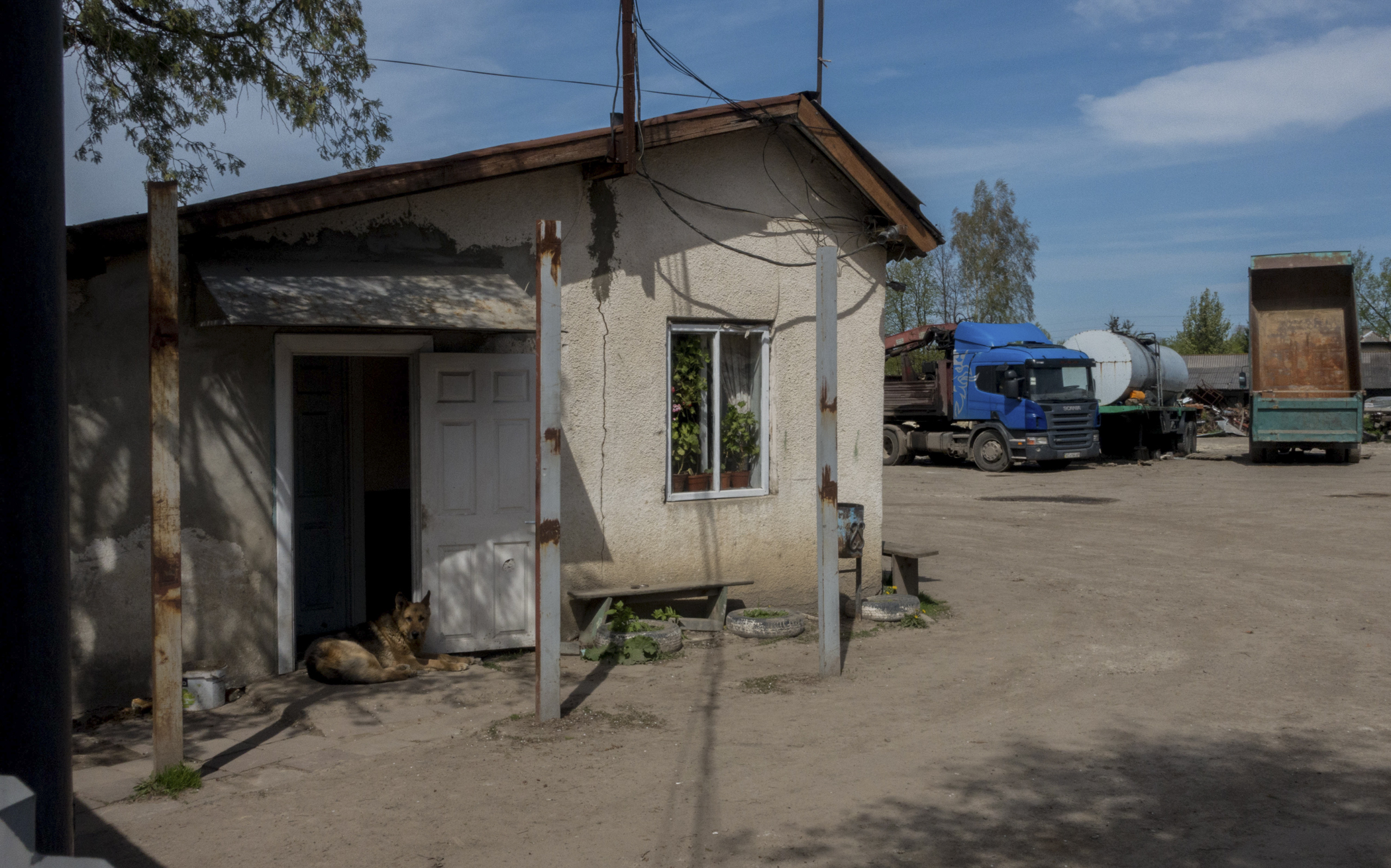 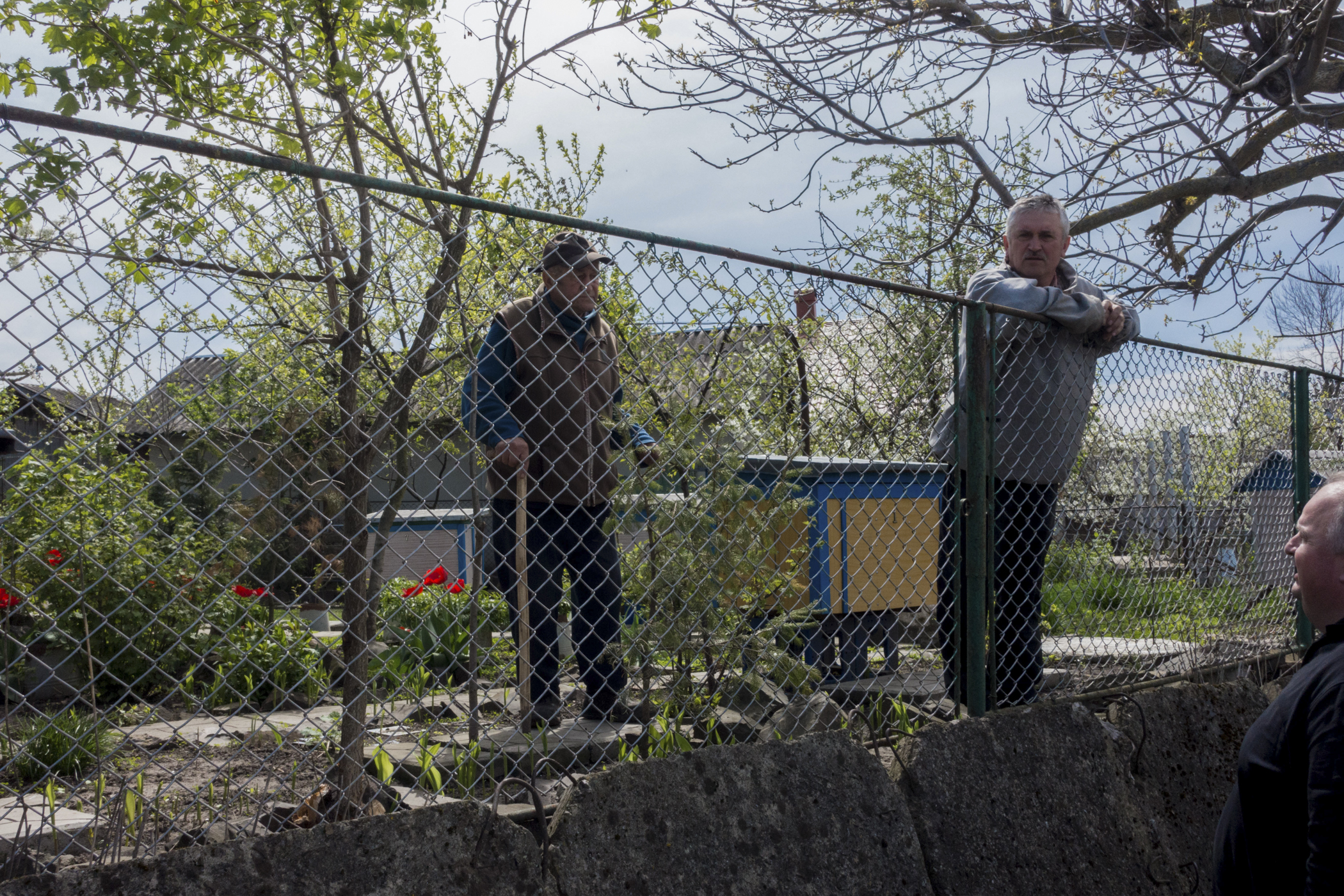 As we continued past the construction yard, I spotted an old man in a garden nearby. We stopped and Alex got us invited in to chat with the man and his son. If you look at the satellite view, you can even see the beehives that the man had built.

They told us that the construction company/collective farm had, indeed, been a Jewish cemetary and that gravestones can still be found there. They said that the owner of the company plans to construct a memorial there.

They told us that Obertyn had had about 5000 Jews. They said that more than 1000 of them live in Paris. 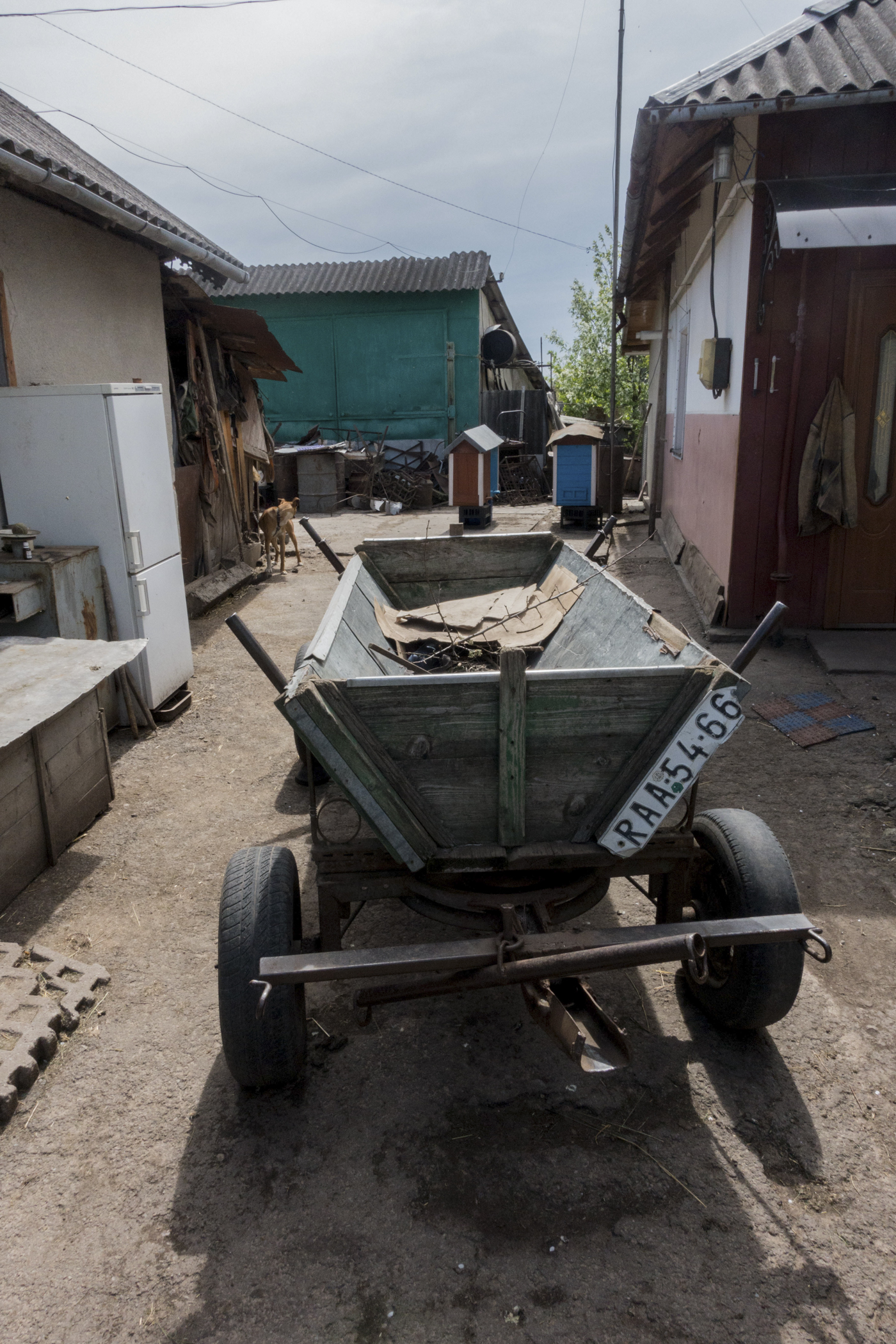 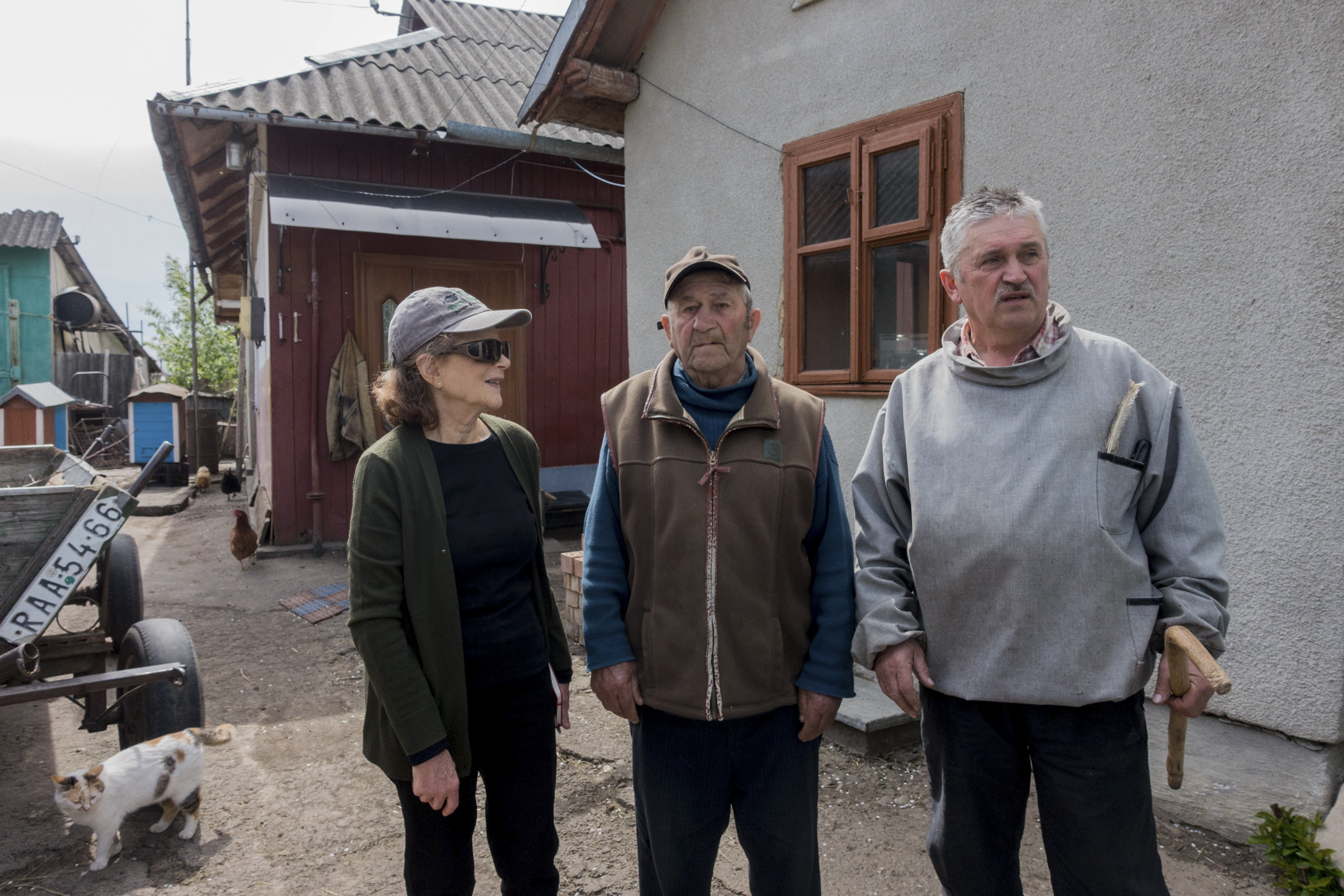 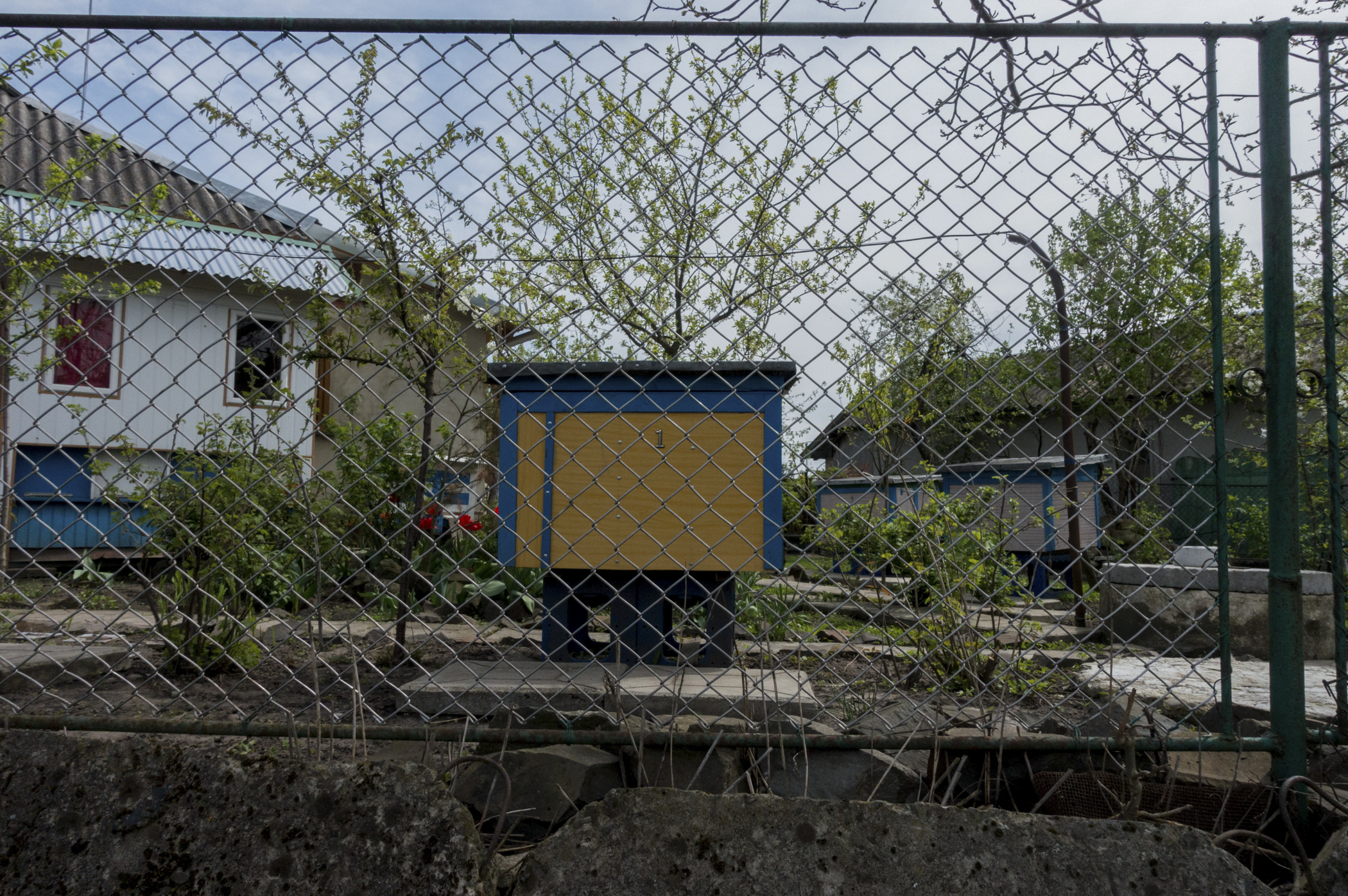