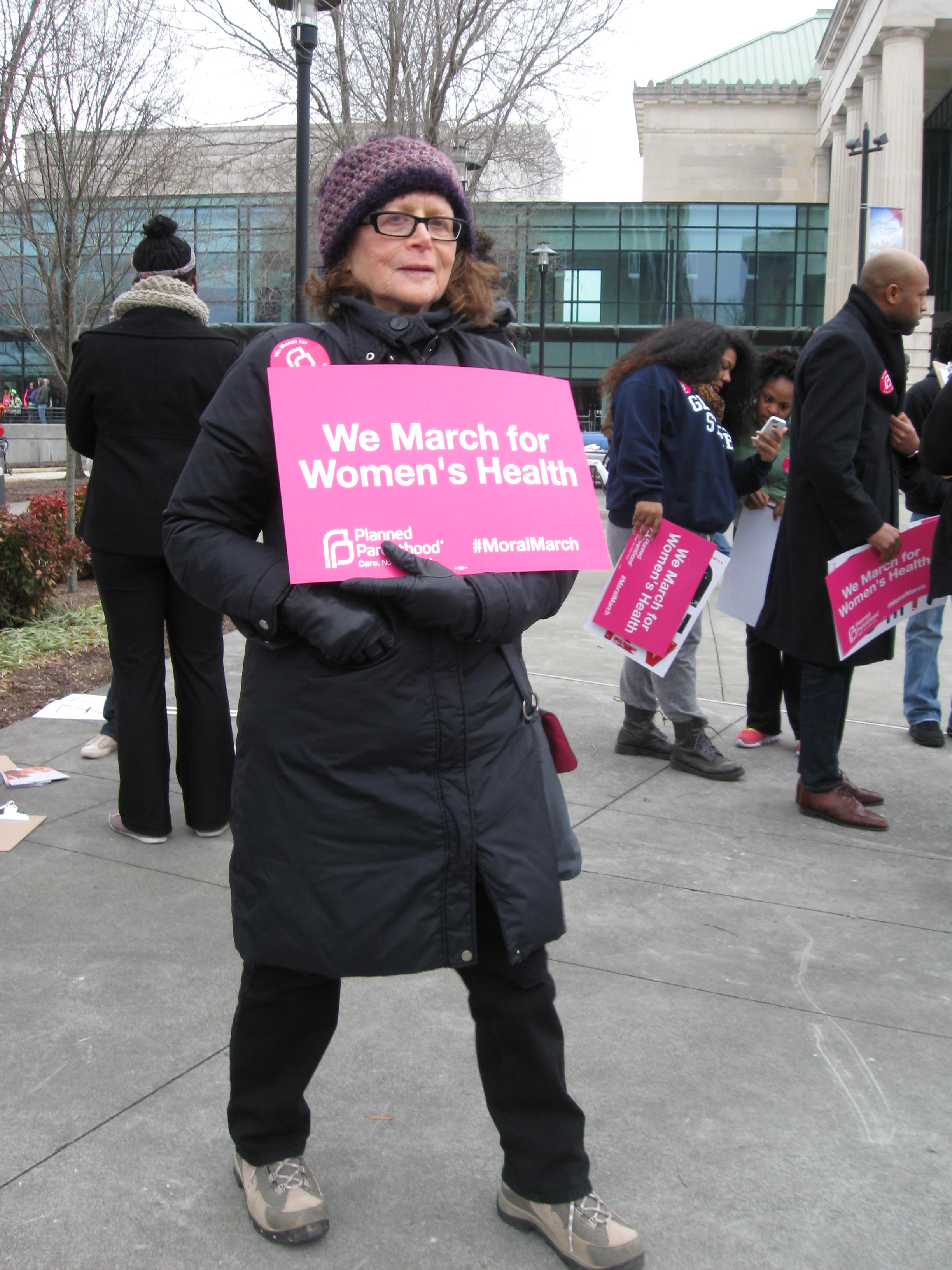 Iris and I went to the HKonJ march in Raleigh to protest injustice, and especially the terrible things that our new Republican legislature has done to our state in the last year.

In case you wondered, HKonJ stands for Historic Thousands in Jones Street, which is in Raleigh, NC.

Gathering at the beginning of the march

We saw a few of our friends there, too, although many more were in the crowd, which was very large. Estimates were 80K, but that seems high. On the other hand, we never did get a view of the whole march, which was many blocks long. 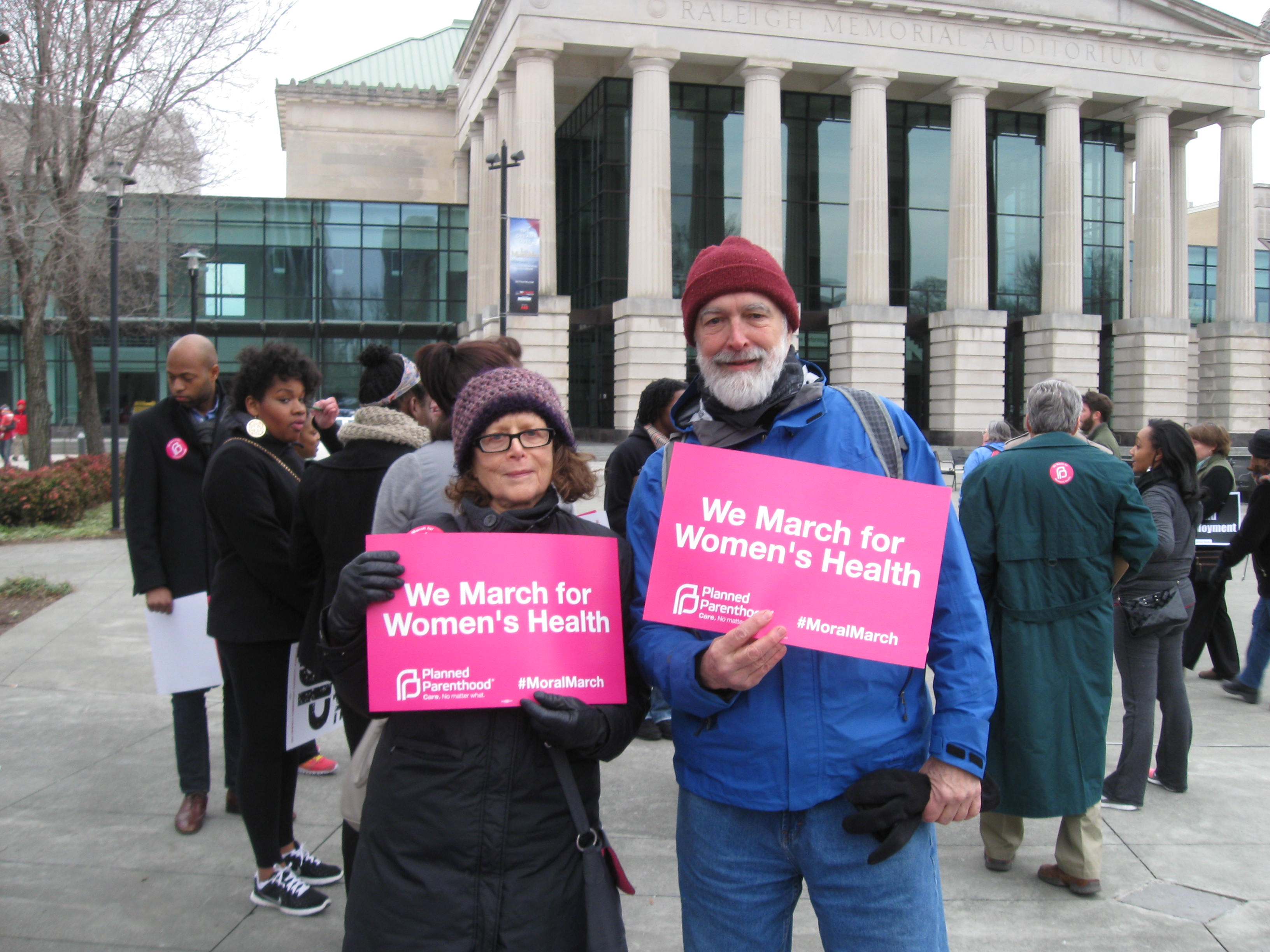 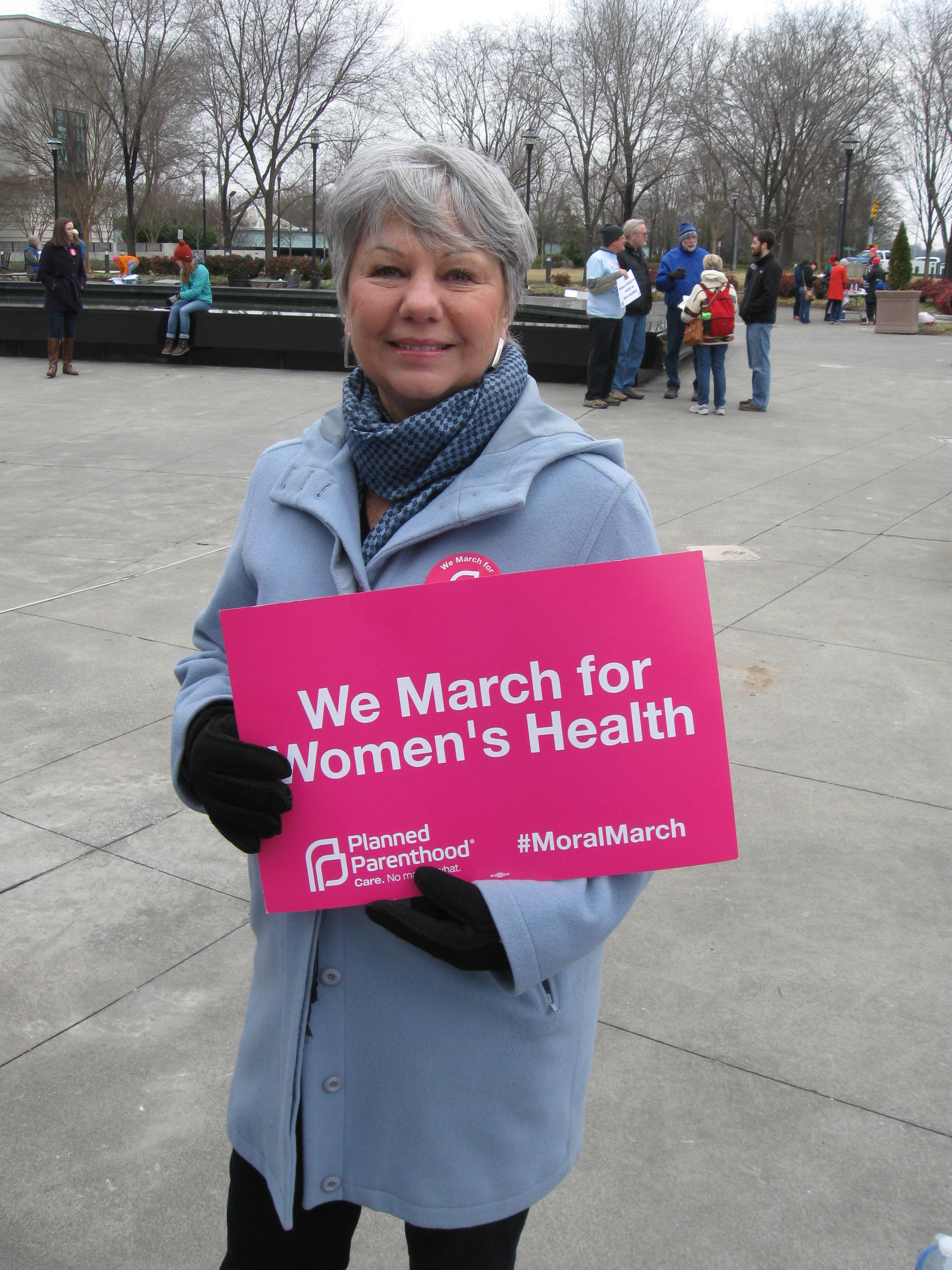 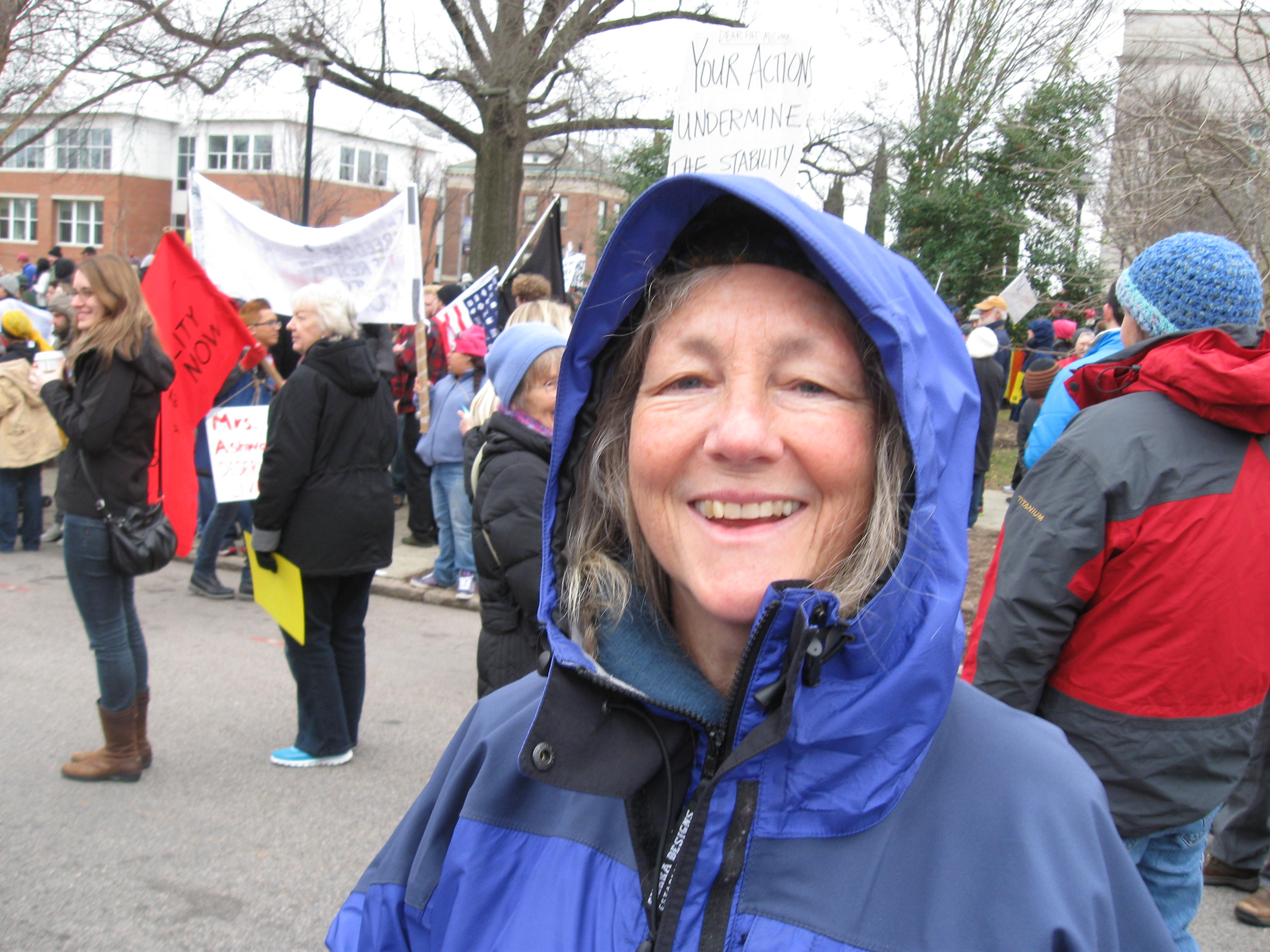 Ellen came from Chapel Hill, too, I think. 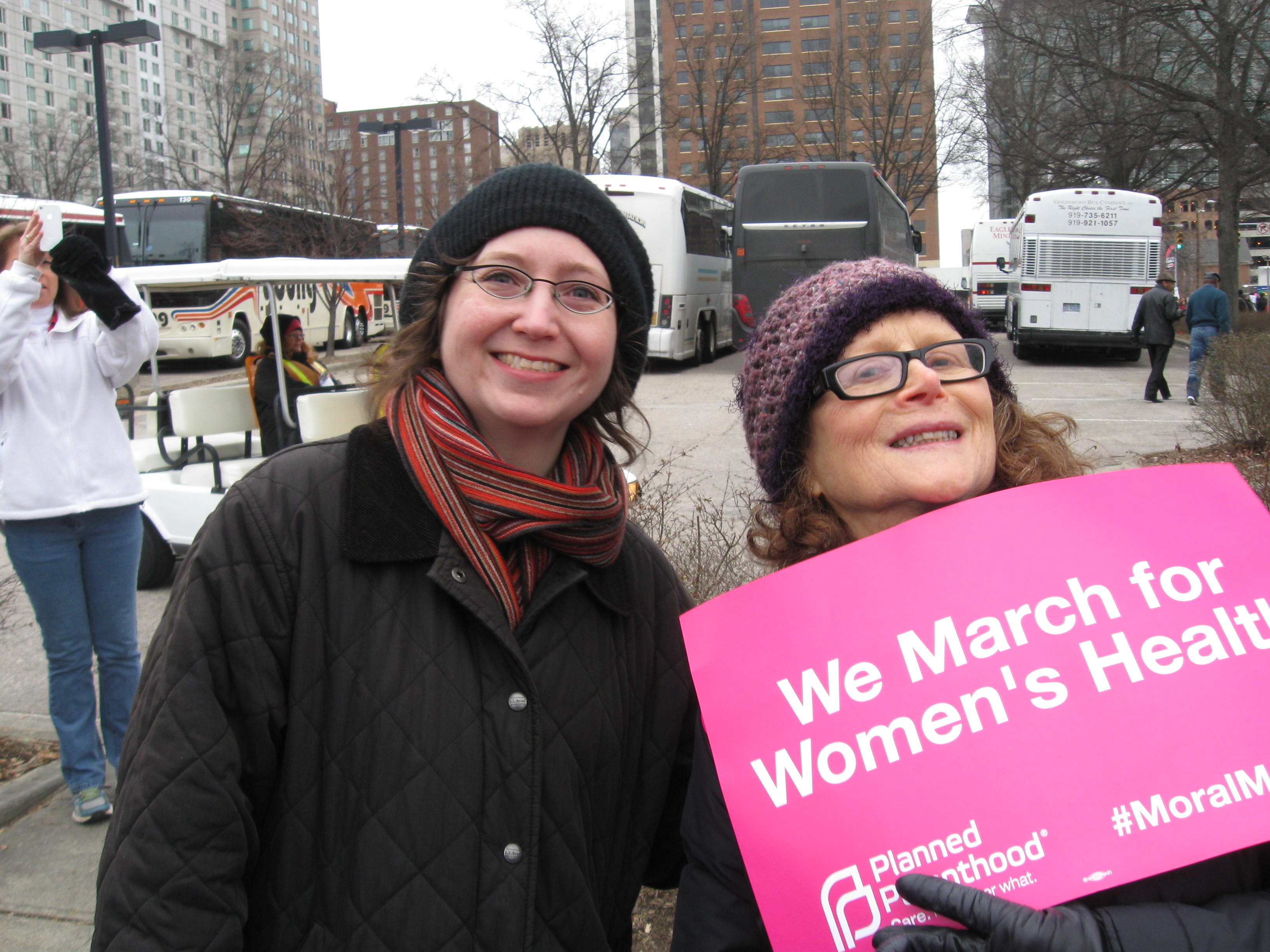 We never saw the beginning of the march but after awhile we were in it, marching towards the state capital. 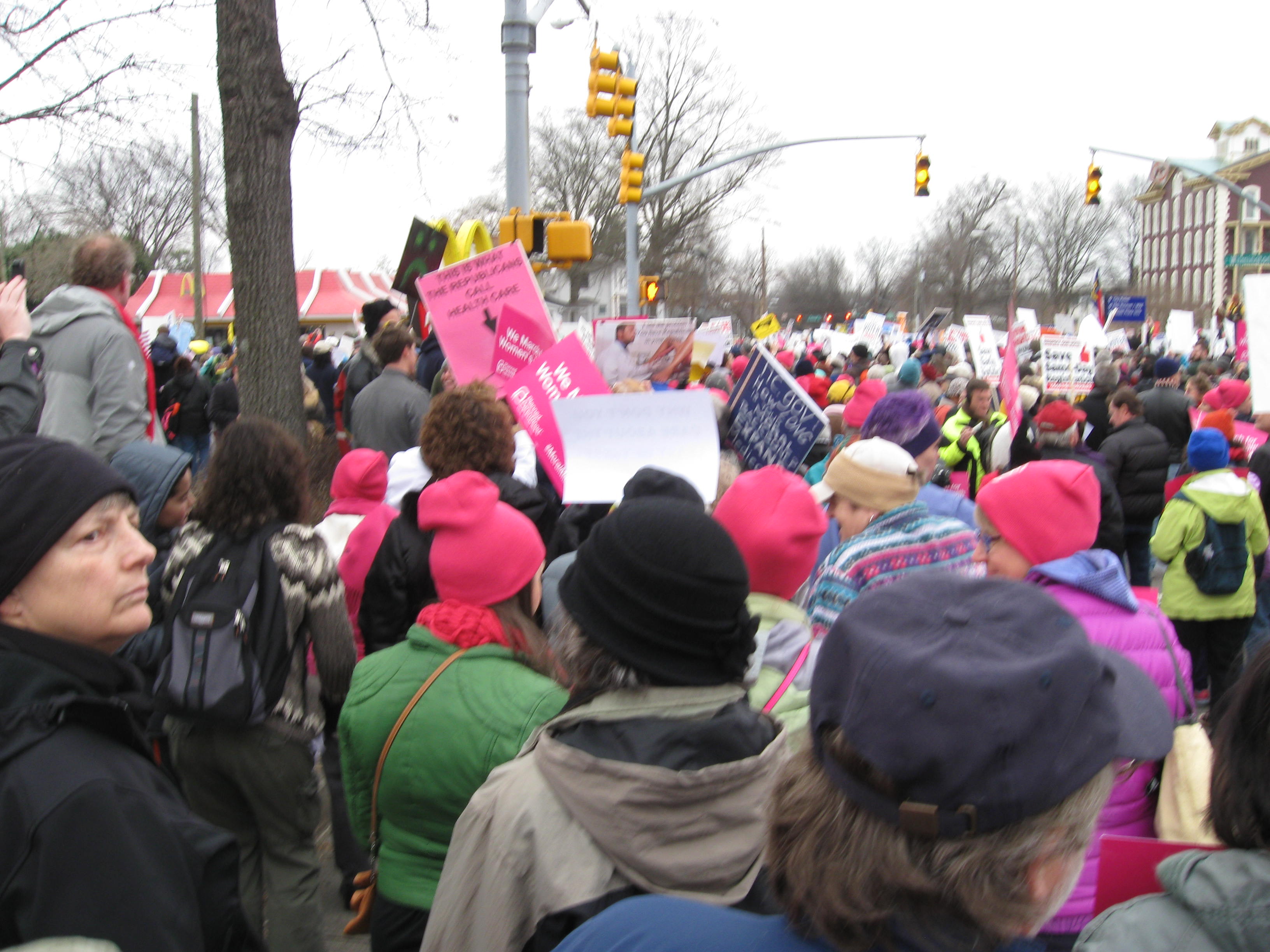 We ran into Vitor and Lanya. They are family. 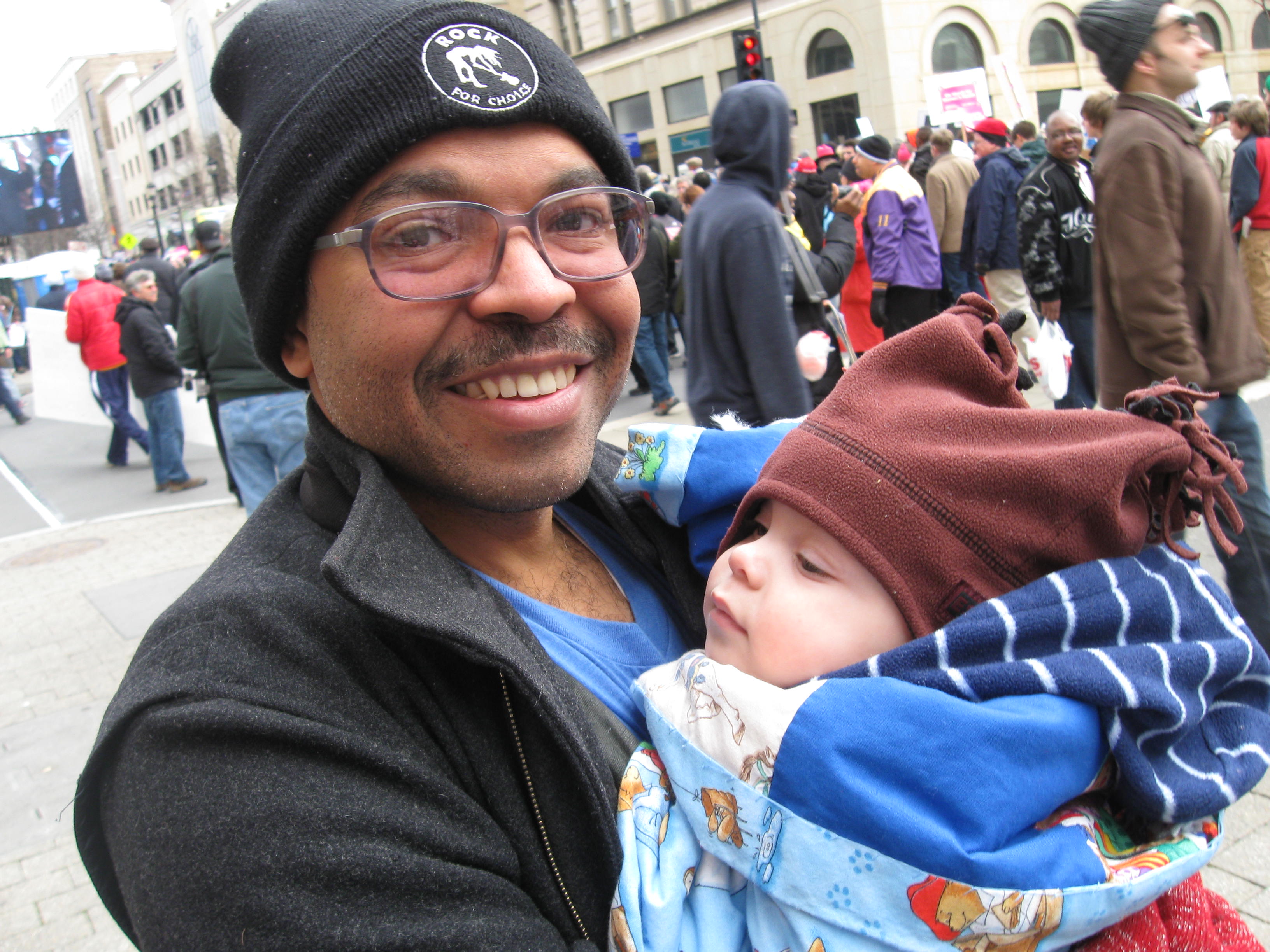 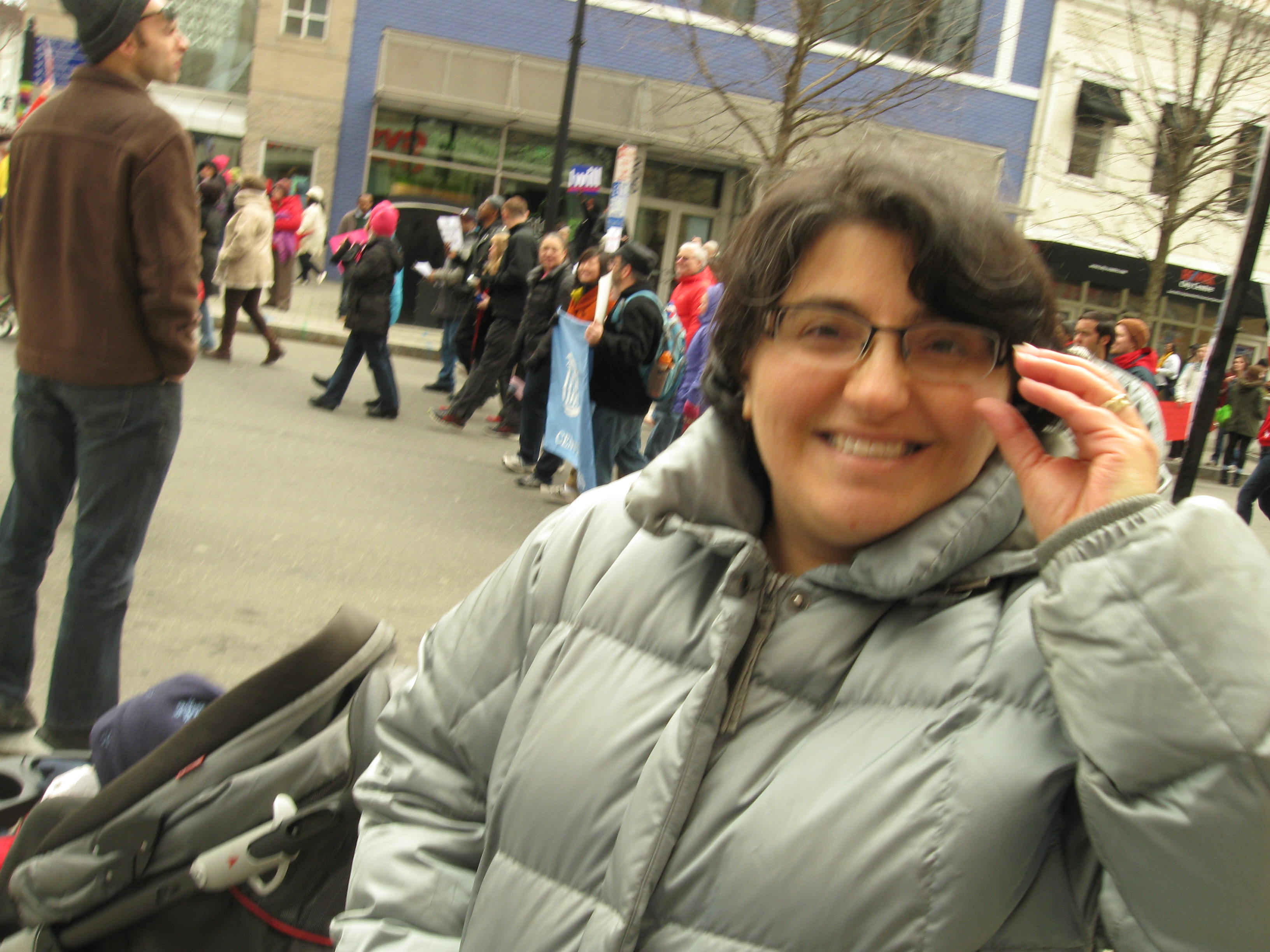 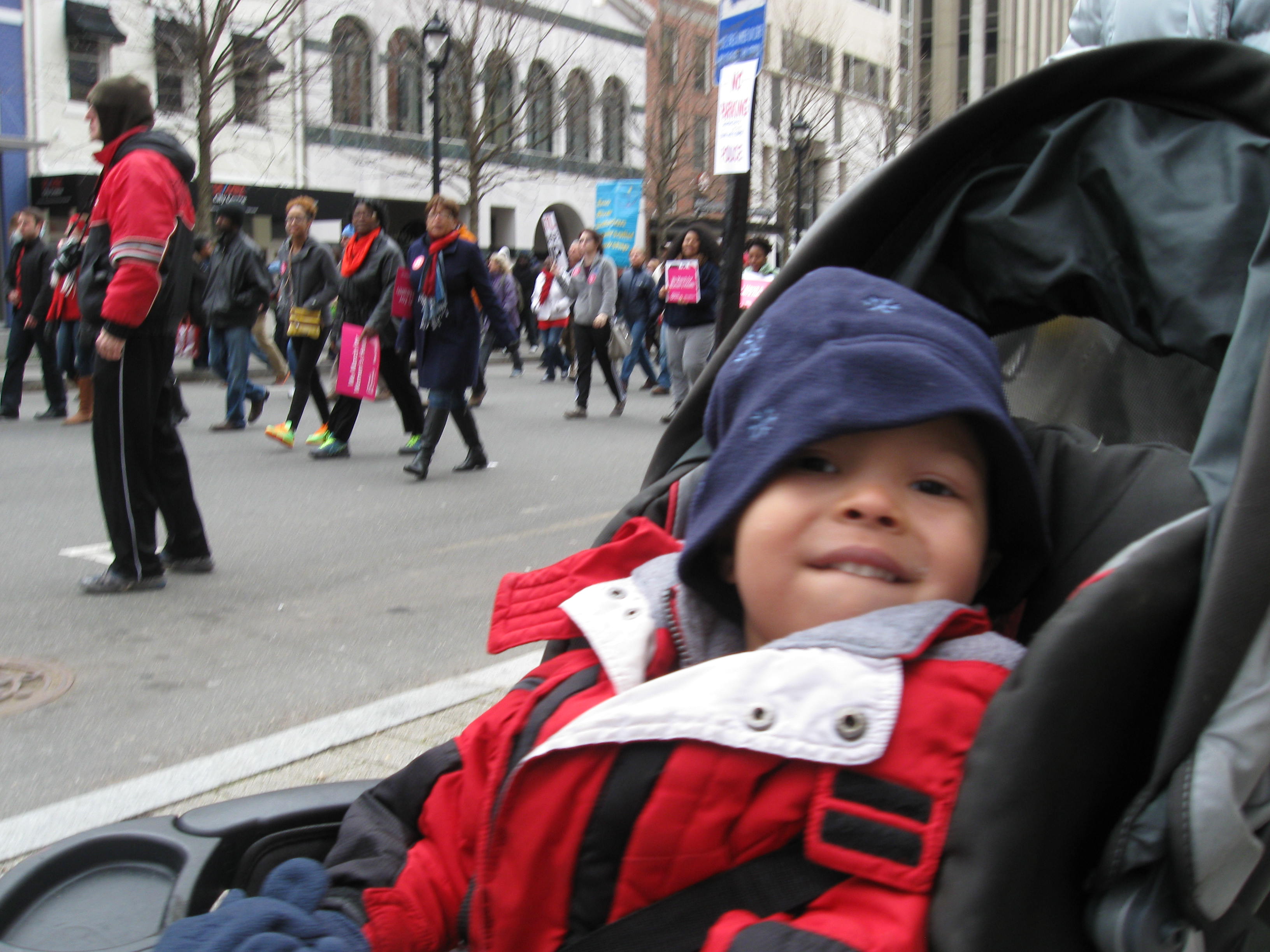 We couldn’t see the whole crowd. 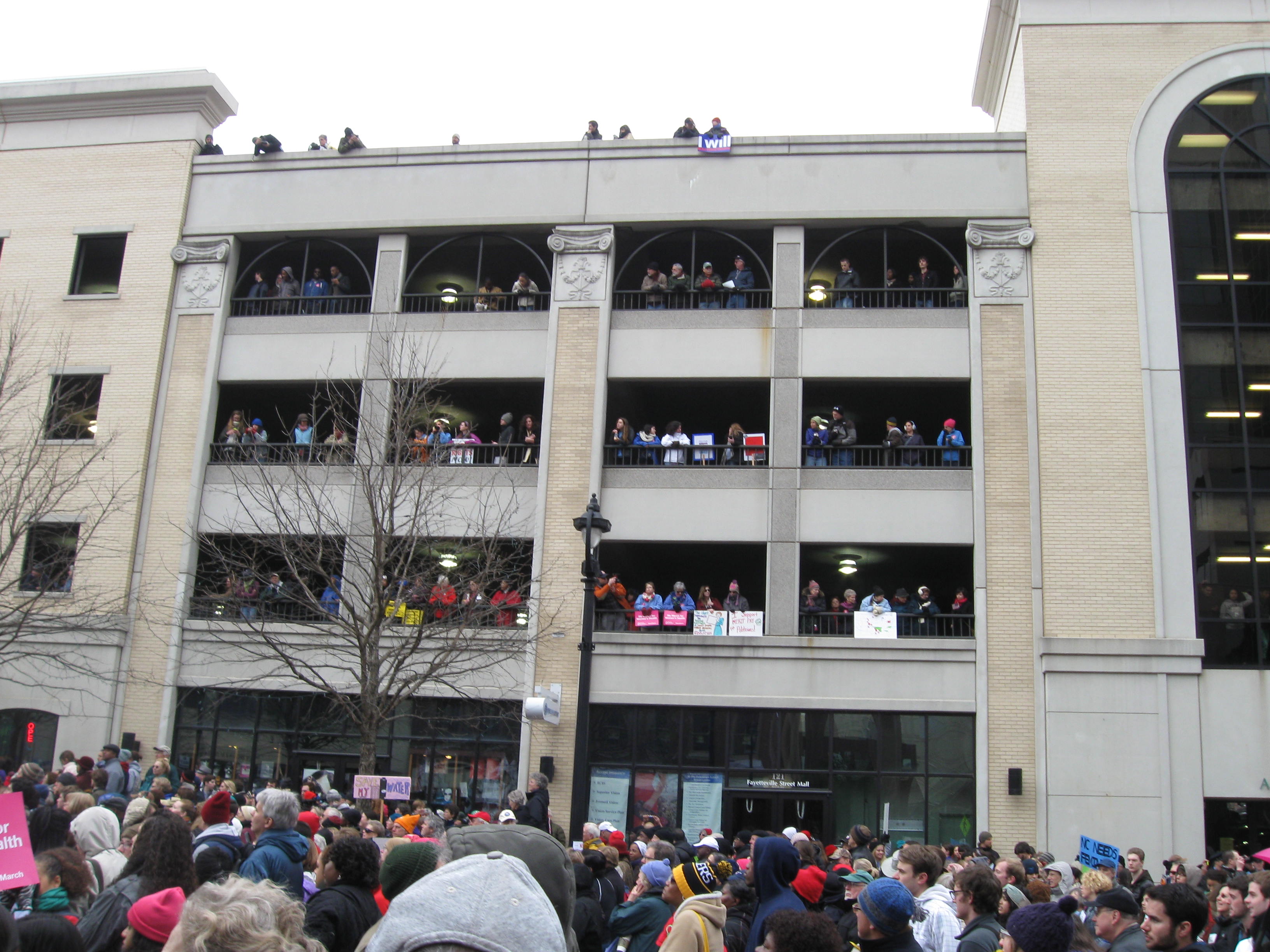 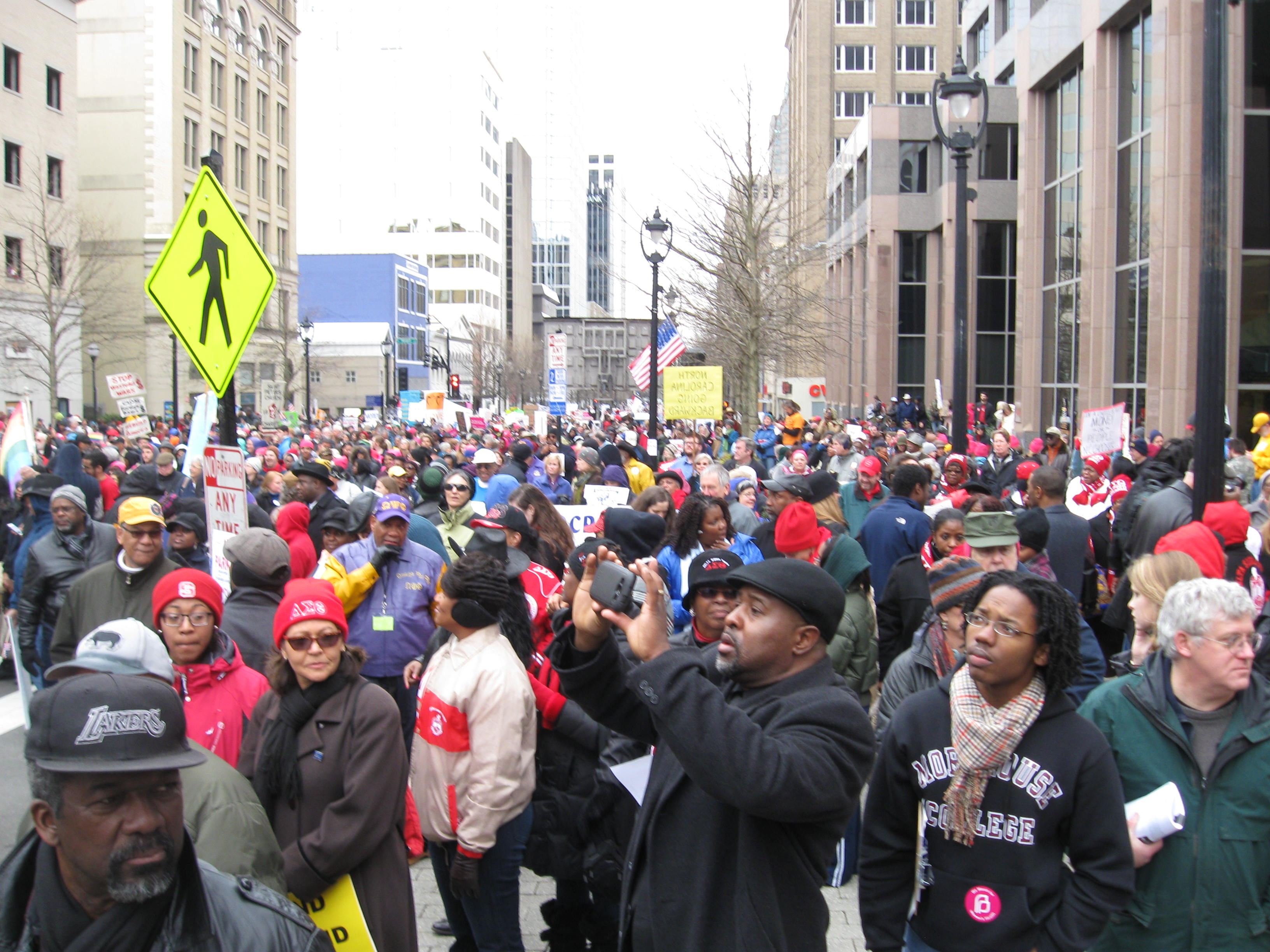 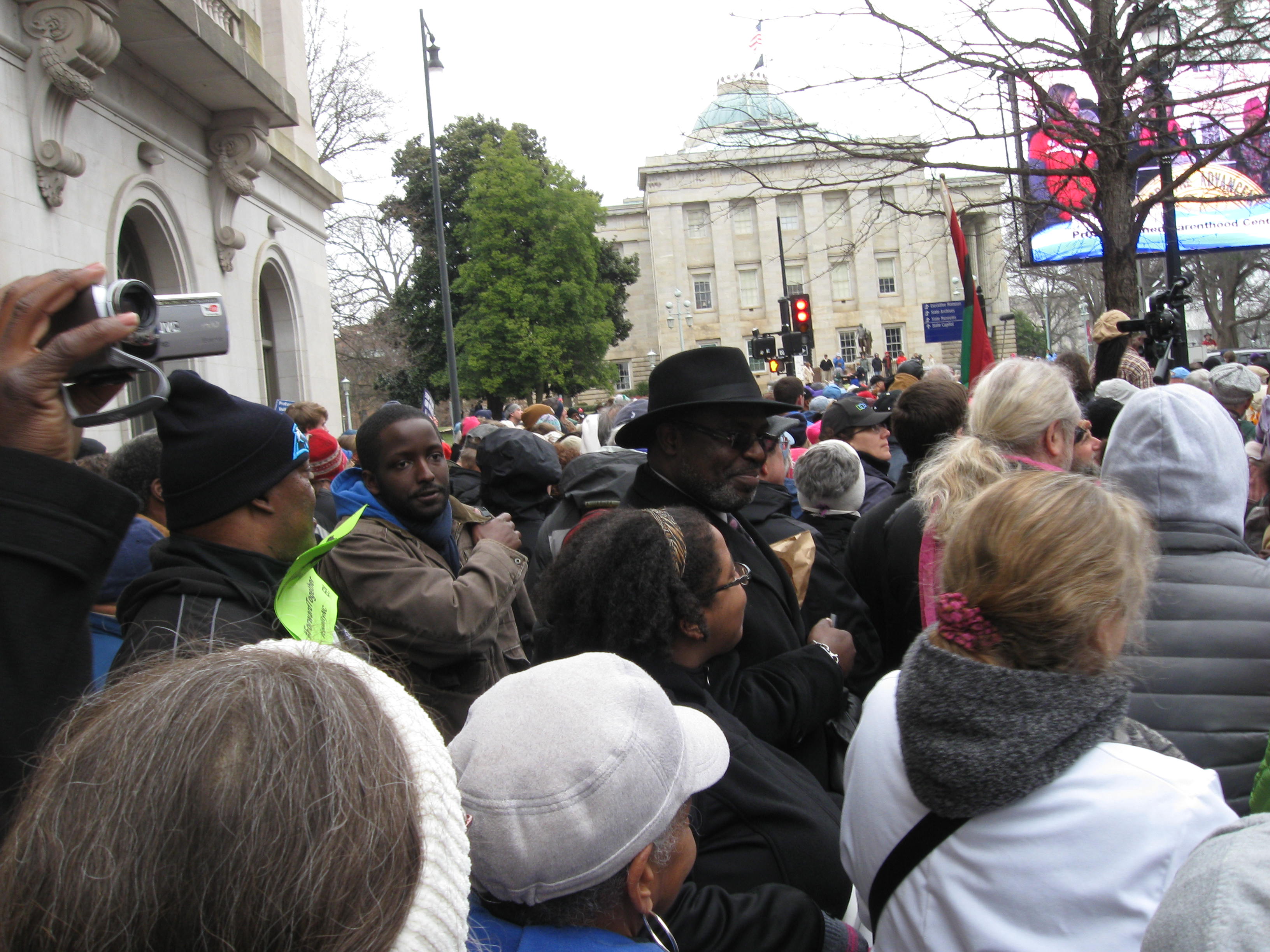 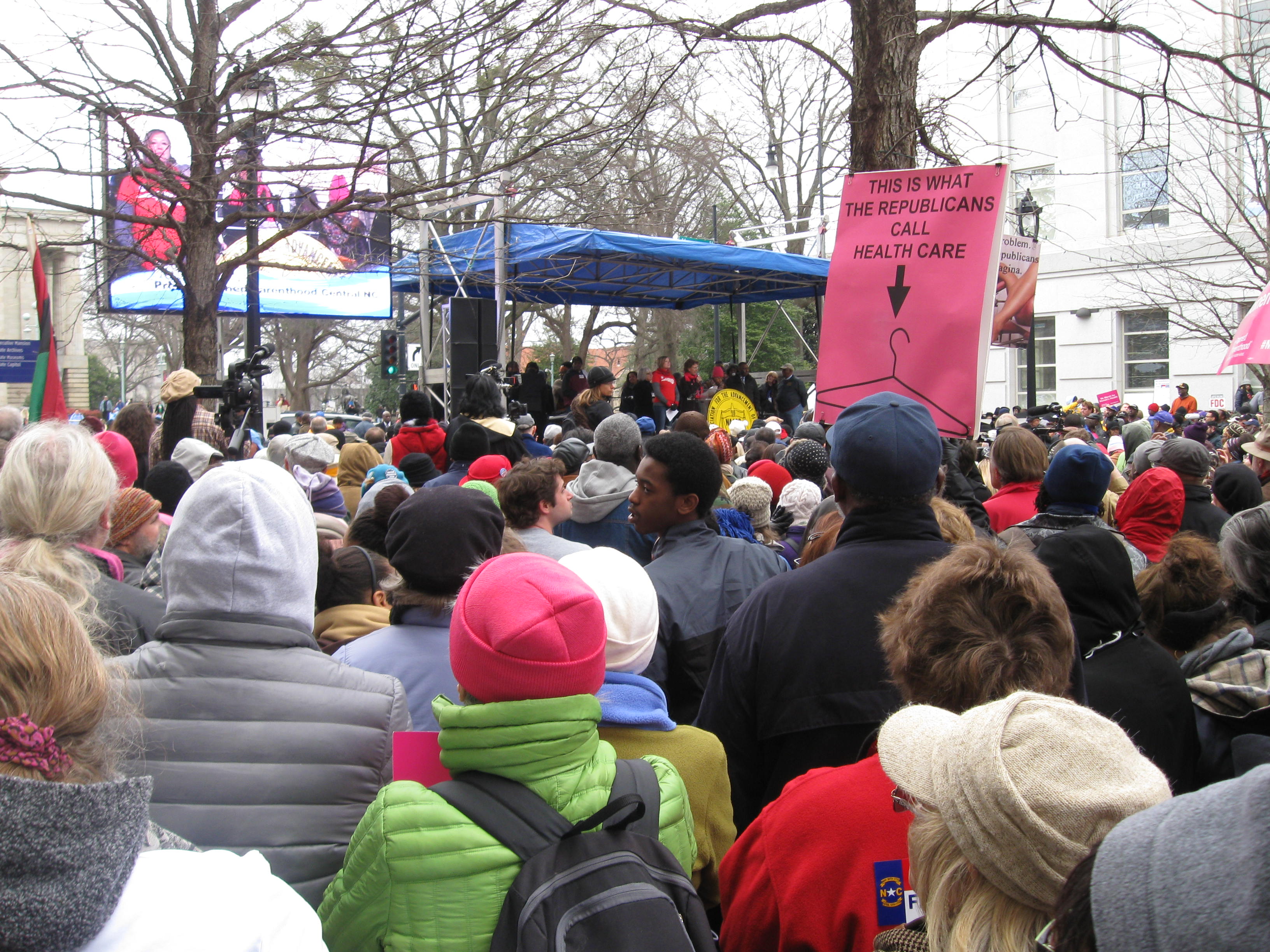 Reverend Barber gave yet another of his amazing speeches. It started out very calmly and rationally. He pointed out in painstaking detail the terrible things that our Republican legislature has done to us. But he insisted in being non-partisan, and I believe him. After all, we Democrats aren’t perfect either. (In a way the worst thing our Democratic legislature did a few years ago was to reject the idea of non-partisan voting districts.)

Then Barber started working himself (and us!) up. The theme was higher ground. Things got rythmic, call-and-response. Right near the end, Barber, who is quite heavy, even started pretending to lift himself up by putting his hand under his butt and jumping! It was hilarious and joyful! Some of the most dedicated and effective people struggling for good are happy warriors. They stand on the highest ground. 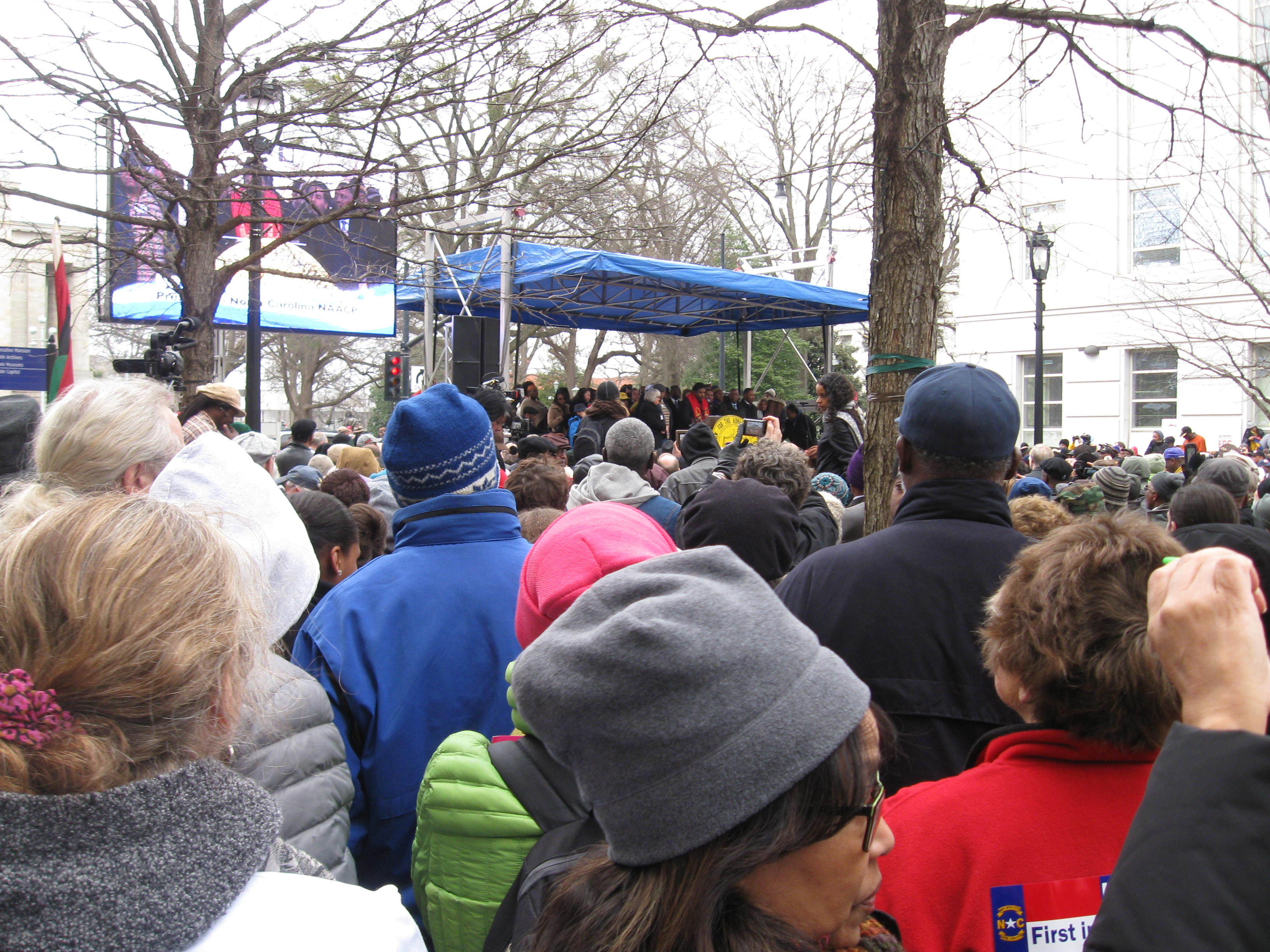