We made it to Raton, New Mexico. Tomorrow: Taos.

We traveled through land that seemed even flatter and more open than in Oklahoma. There were two reasons for this, I think: 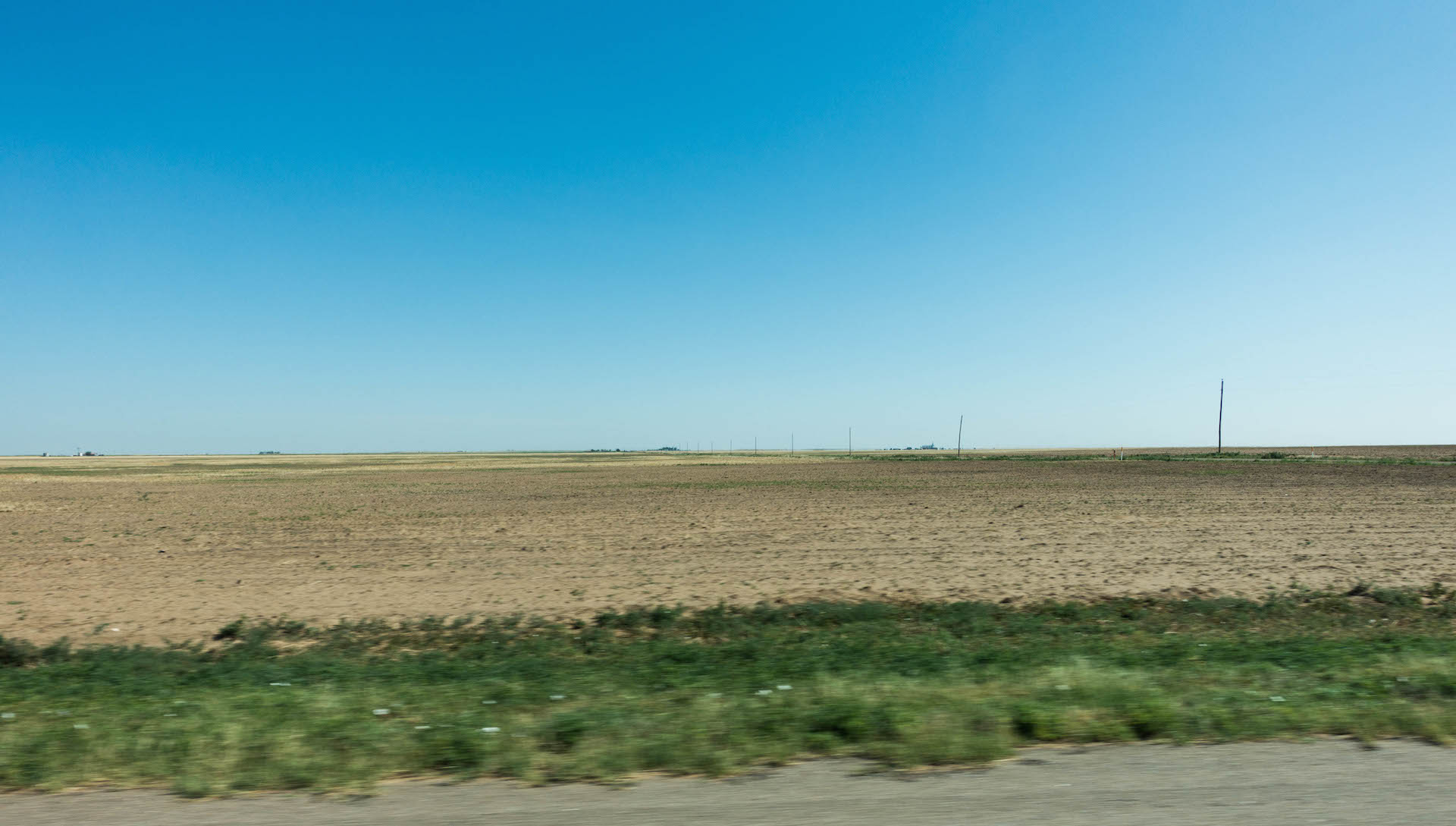 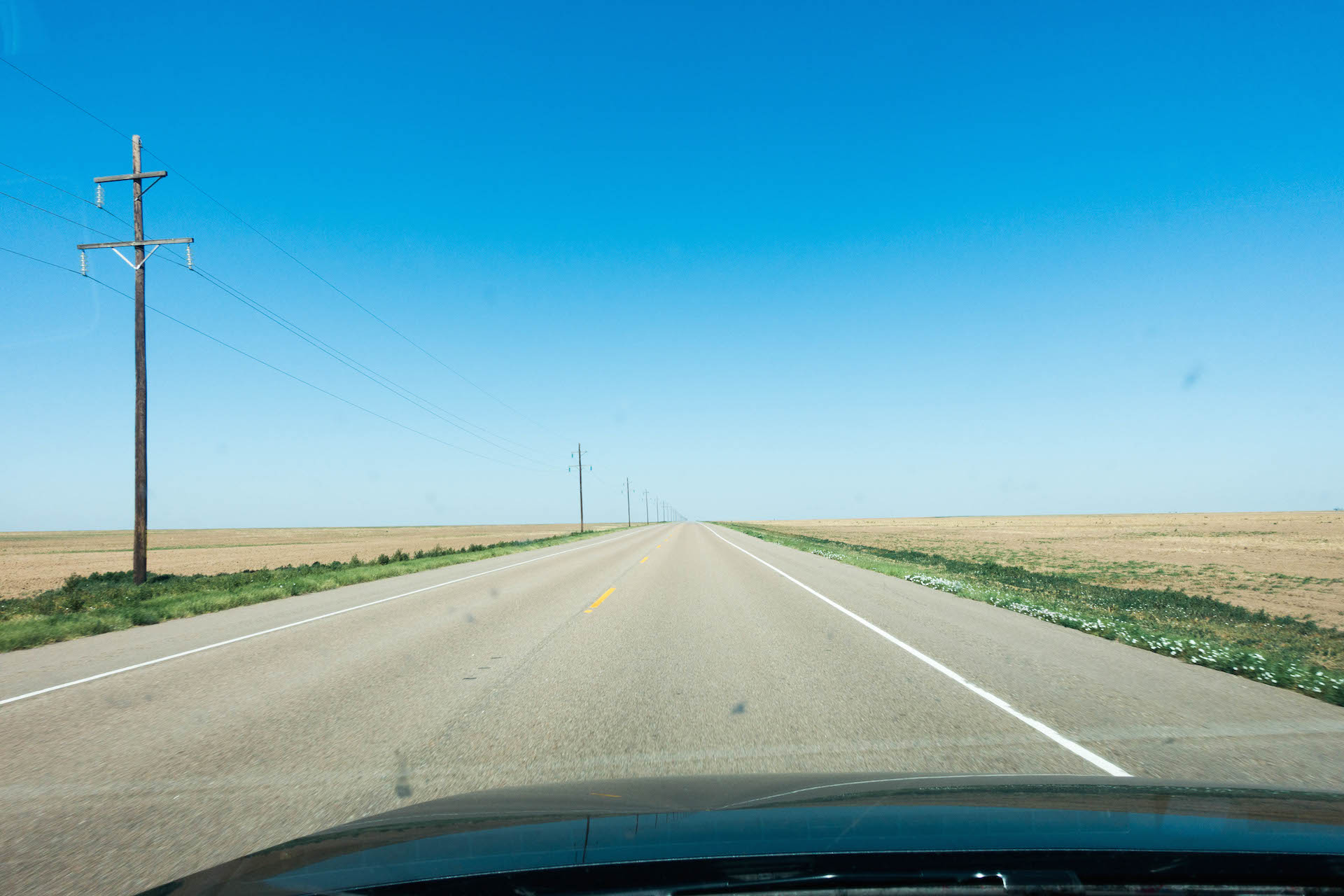 We stopped to buy diesel, use the facilities and buy something to drink. 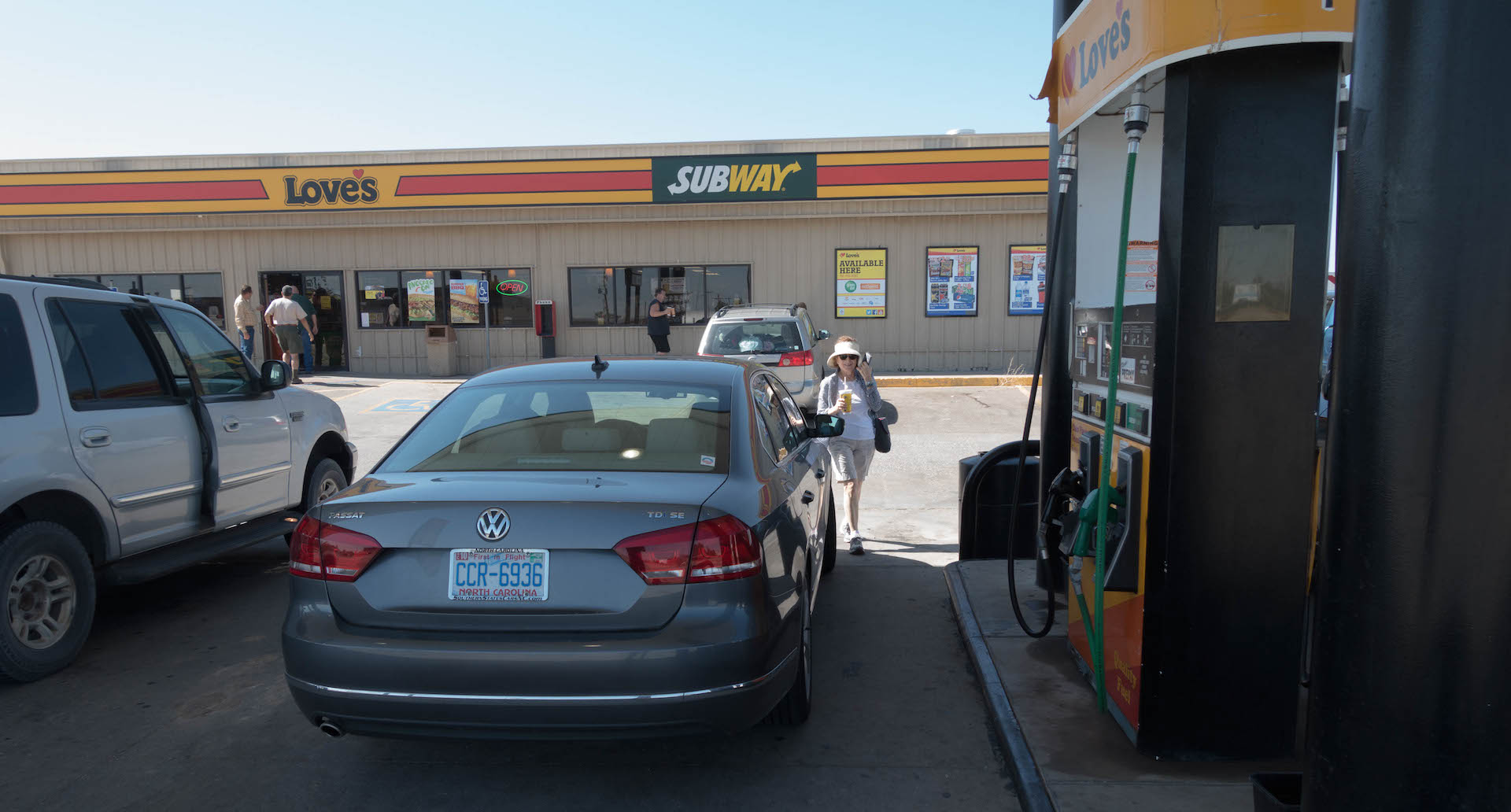 At a rest stop, we noticed a sign telling us that we could see Sierra Grande, an extinct volcano in back of our left shoulders. It turns out that this mountain is the easternmost point in the United States that reaches an elevation of more than 8,000 feet (2,400 m) above sea level! 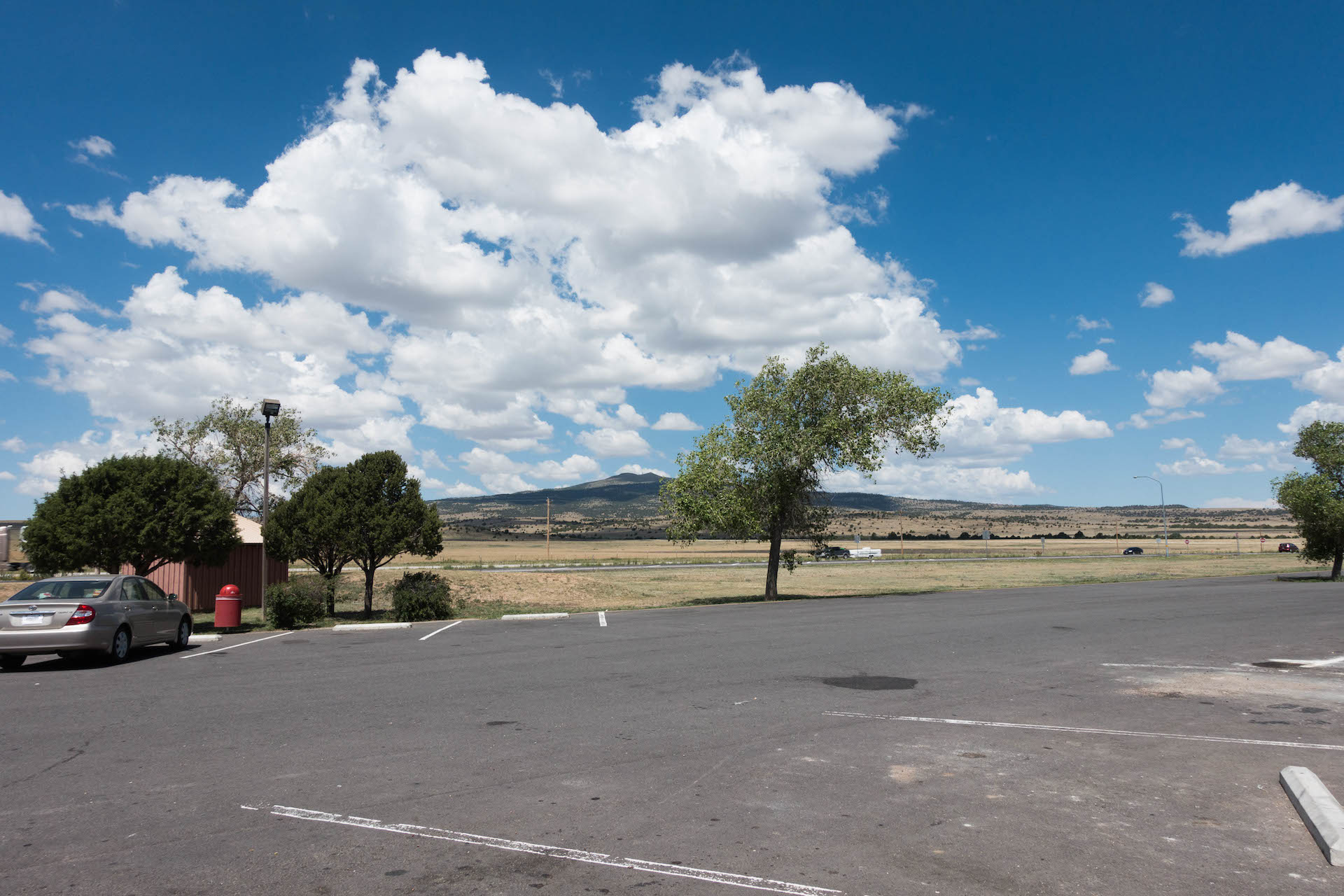 There was another sign, but we didn’t see anything related to it: 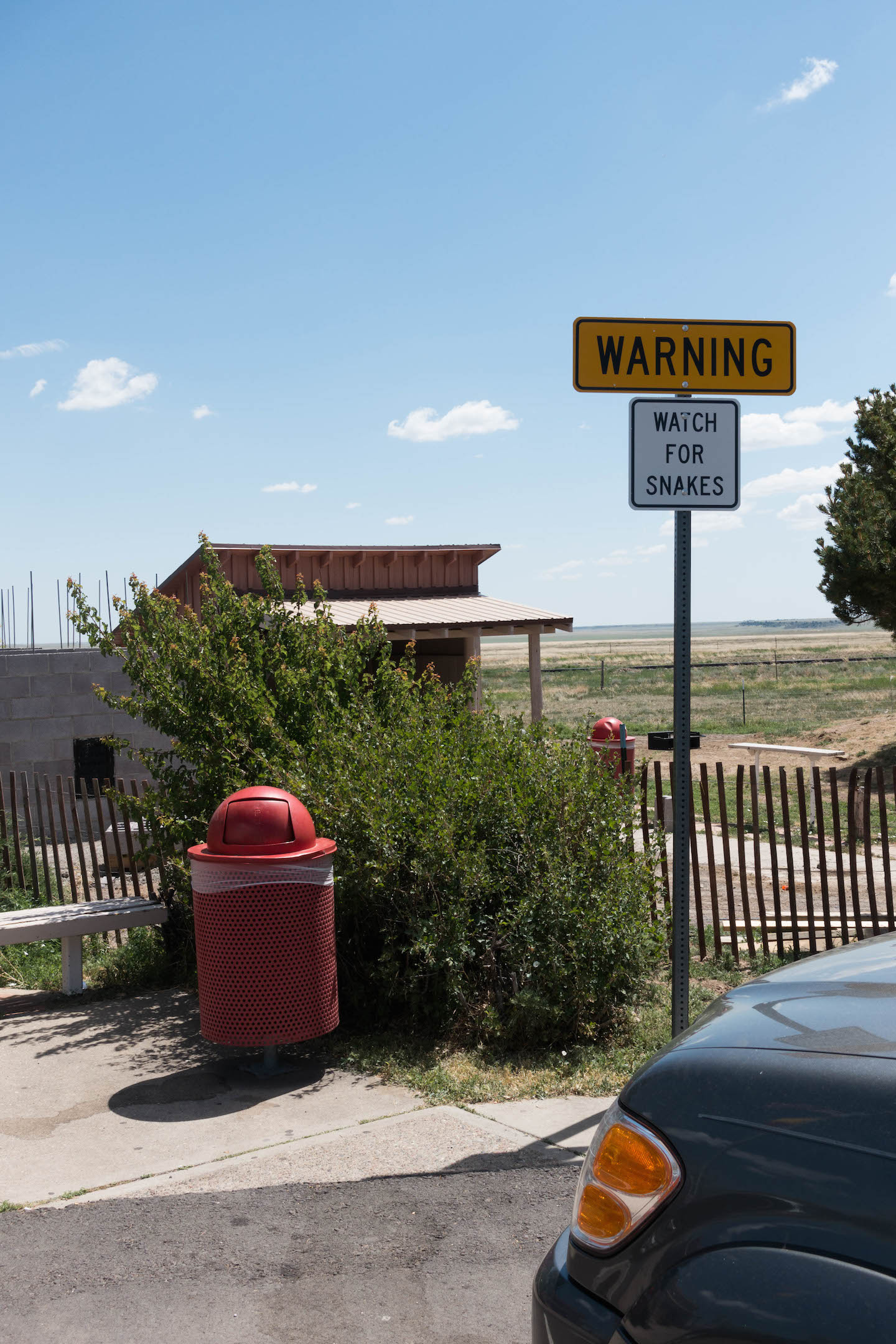 We stopped at a travel information office in Raton and learned that we’d driven past a second volcano where we could have driven up to the rim and looked in! I sure wish we’d known that, but we were in no mood to drive 60 round-trip to see it at this point. Too bad.

Lunch at the Oasis in Raton

We followed the advice of the woman at the desk of our motel and went to the Oasis to eat. It was very picturesque, friendly and interesting, but the food was so-so, I’m afraid. Glad we ate there anyway. 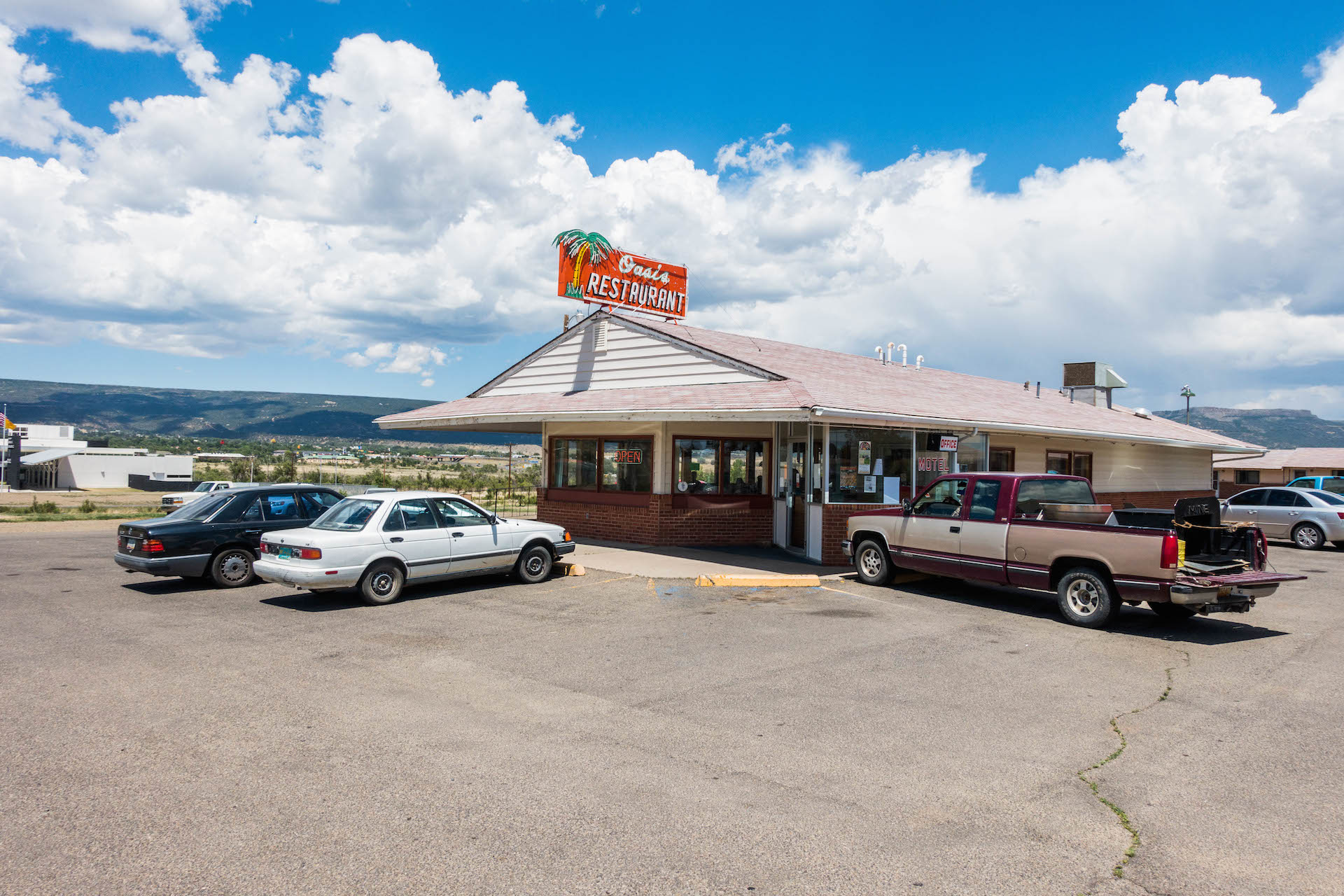 Raton is a pretty town, but it is hardly thriving. The coal industry is long gone and nothing has really replaced it.

This theater is on the main street, 2nd Street: 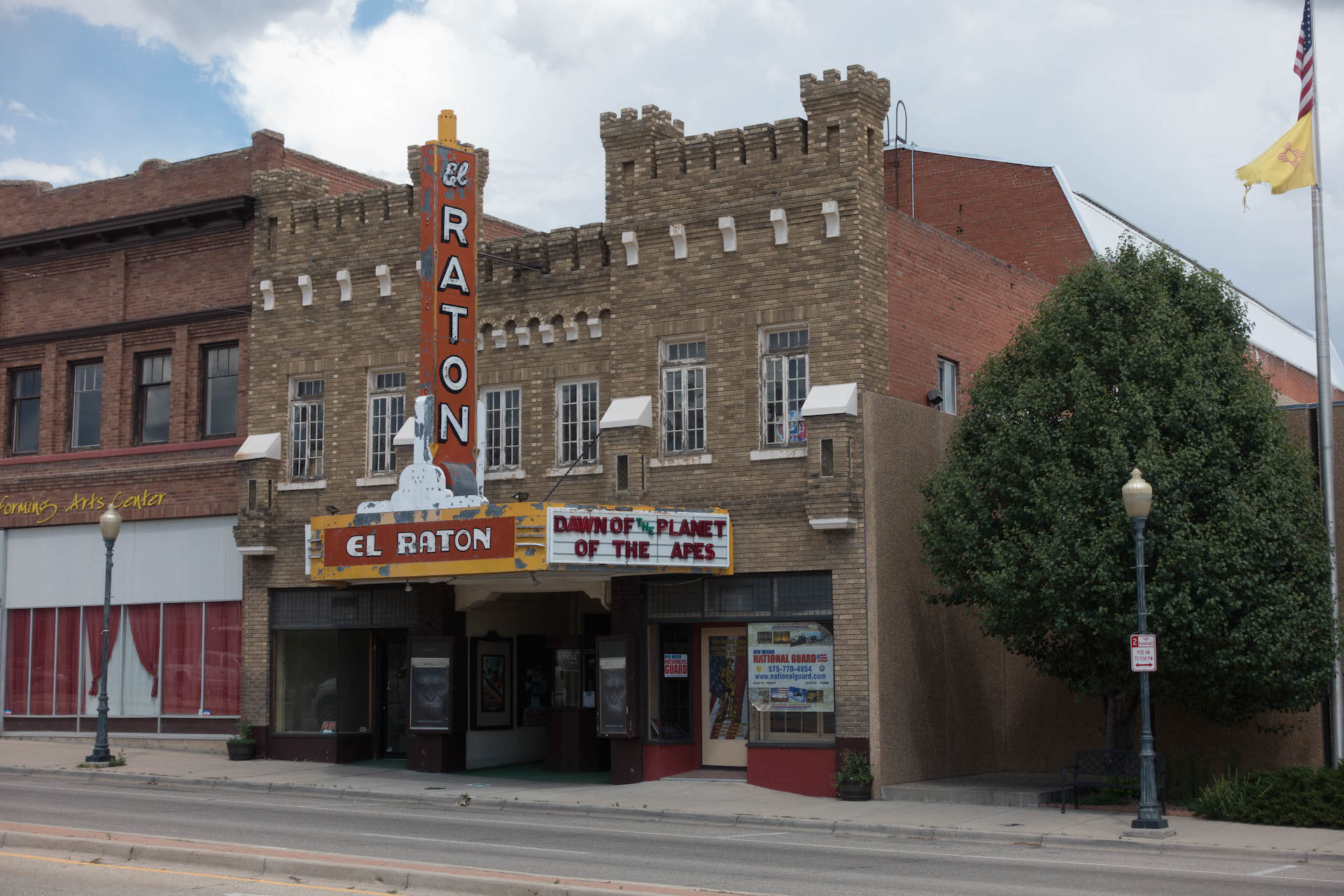 This is the view from the train station, a block East of 2nd Street:

We ate at The Icehouse, a picturesque restaurant filled with glittering Harley Davidsons and skinny waitresses. They had good brisket and even had one IPA on draft. 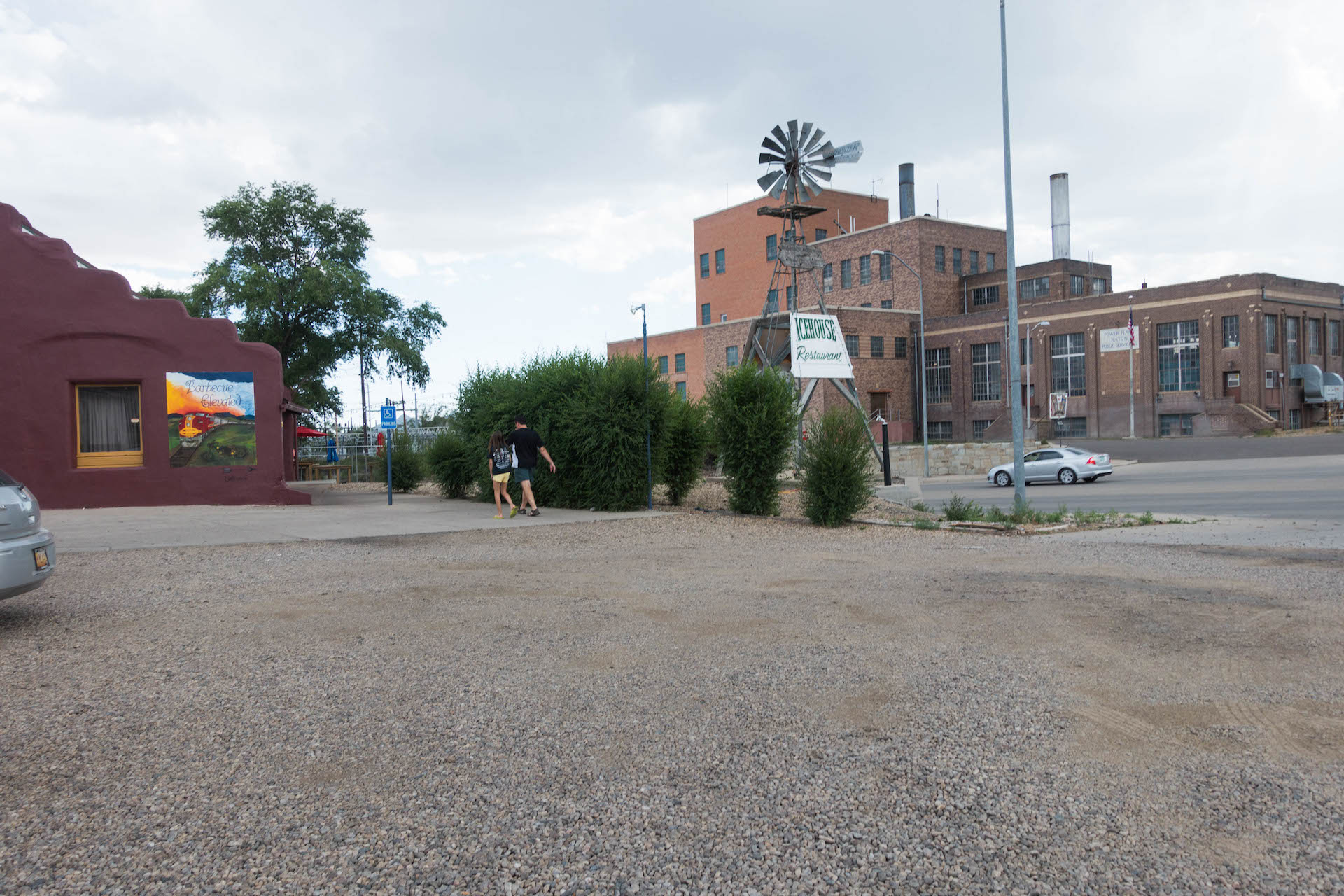 Before going back to the motel to collapse early, we stood around a long time waiting for the Amtrack train to leave. They had a problem with a plug connecting the engine to the rest of the train. Eventually they fixed it and the train left. It looked like fun.