Alex drove us to Pidverbtsi, Ivano-Frankivs’ka oblast, Ukraine to see some old Jewish homes, but primarily because Iris wanted to see the Dniester River

We found a house that could have been a Jewish-owned tavern (no photo). 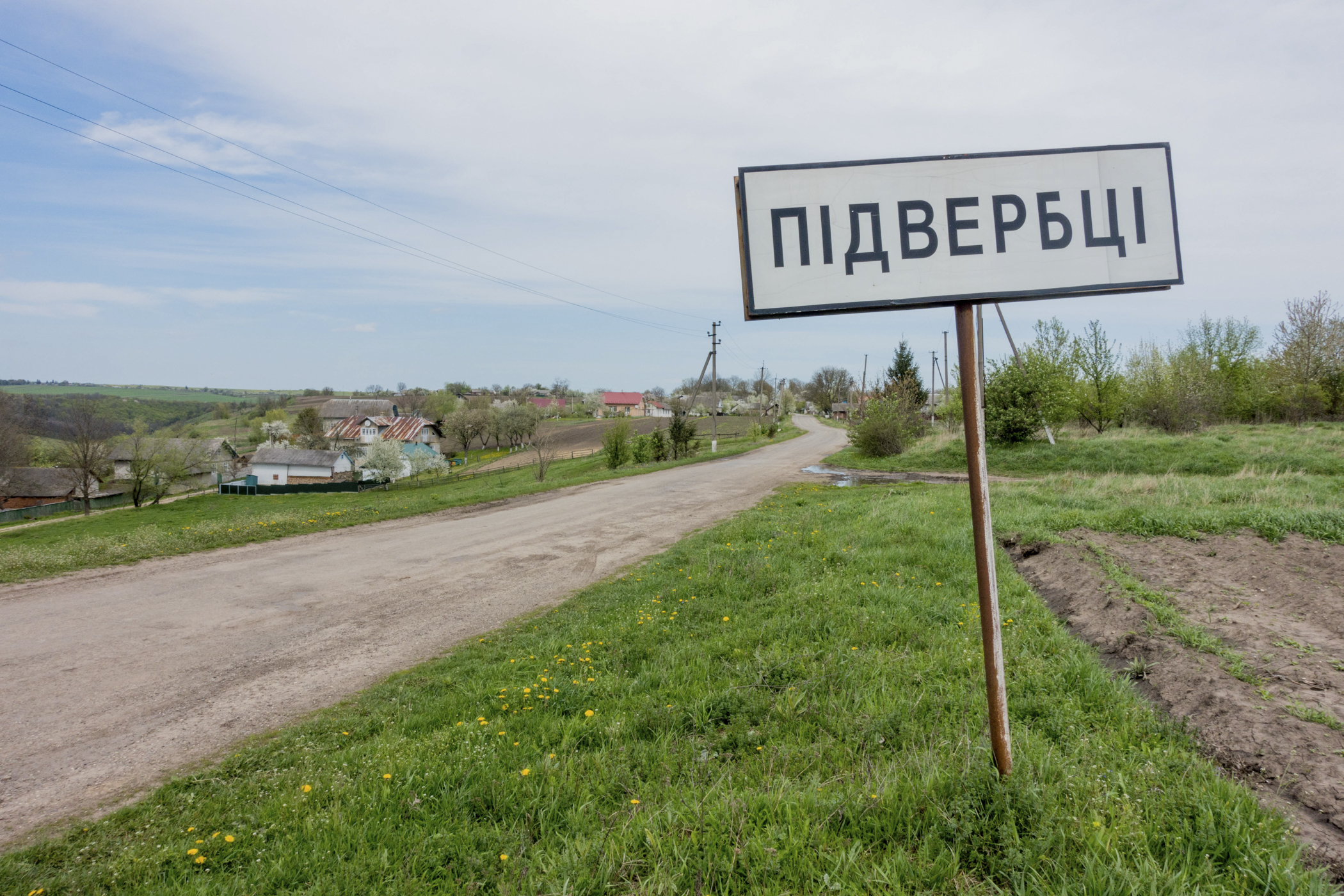 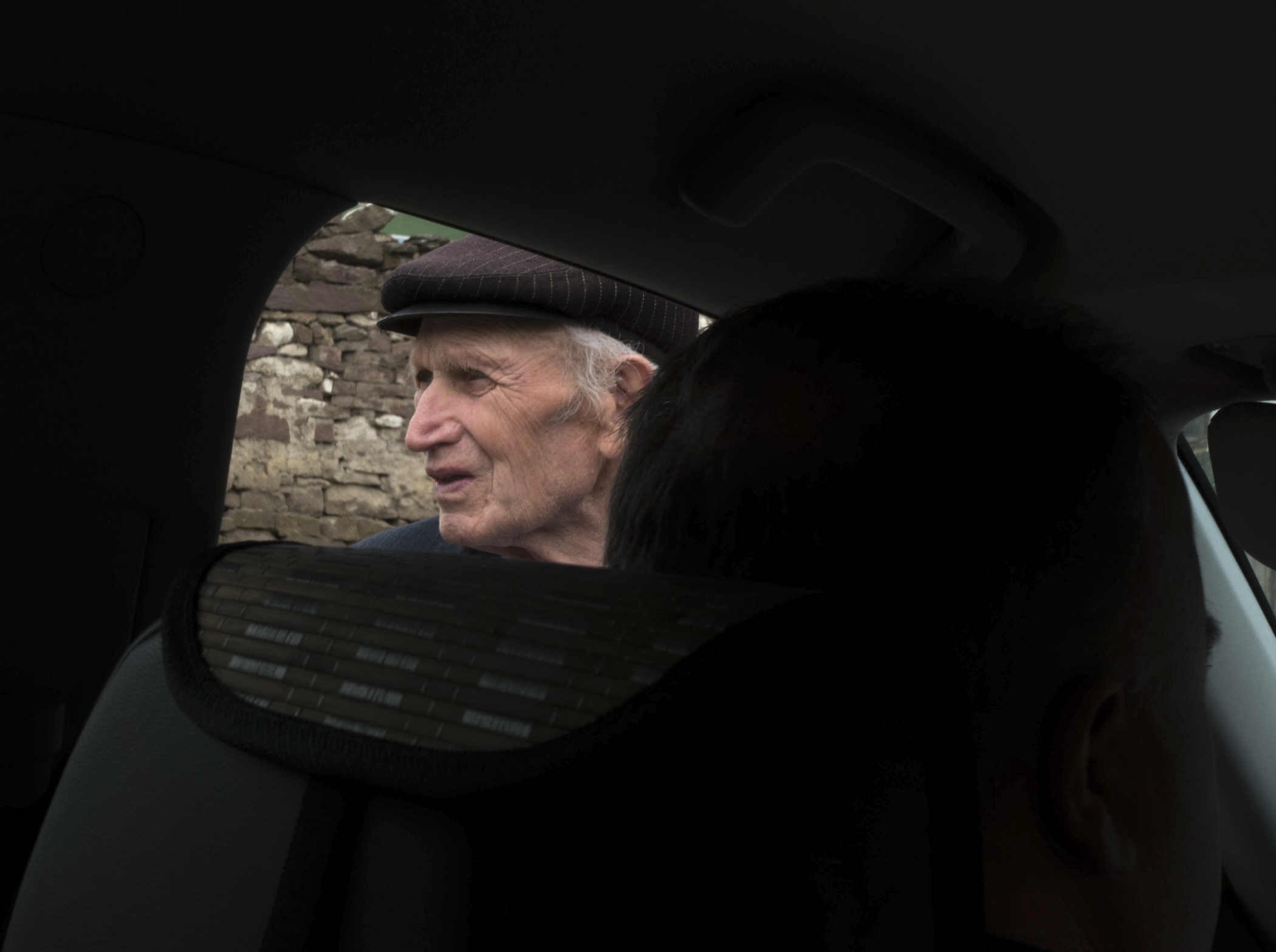 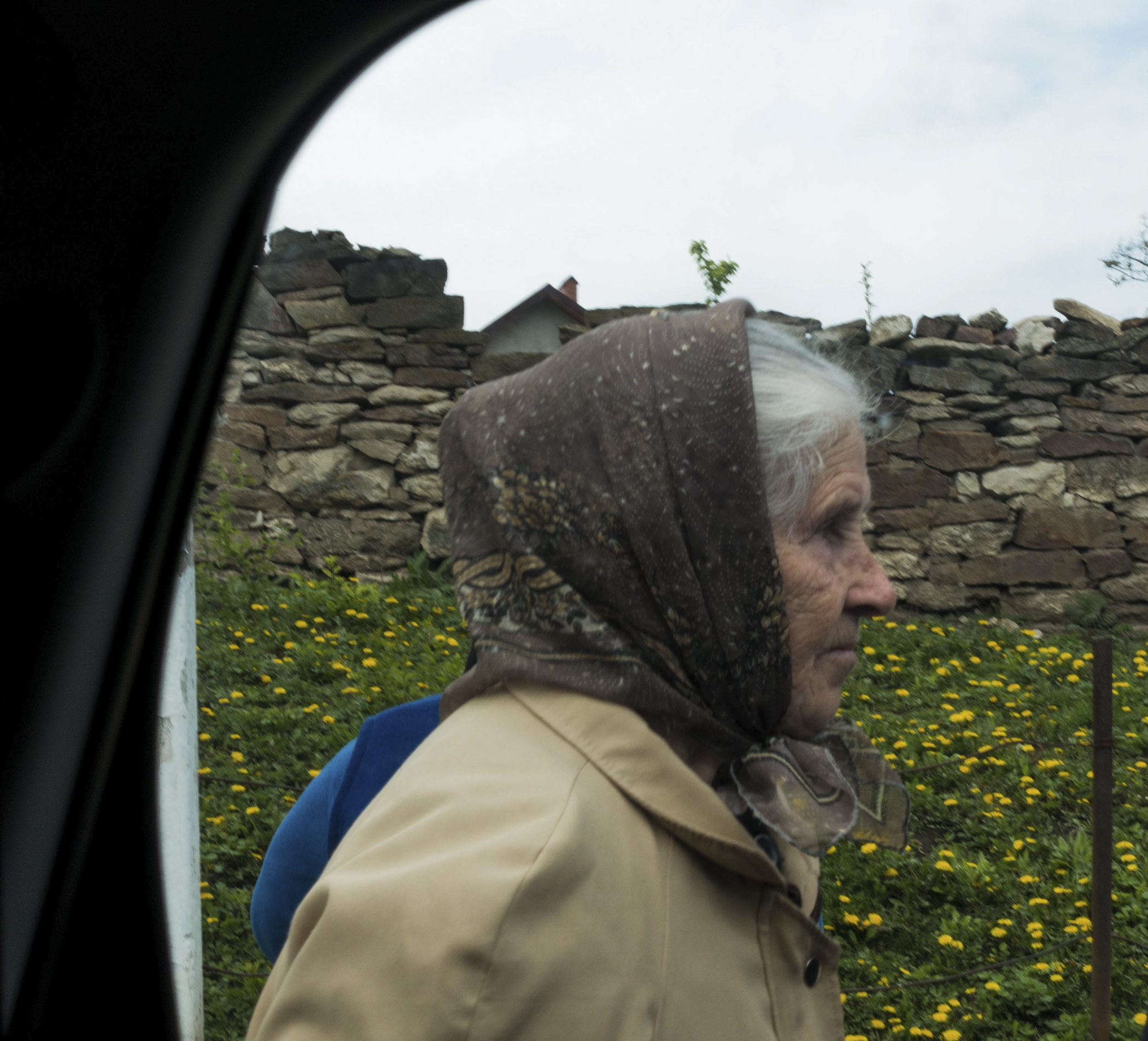 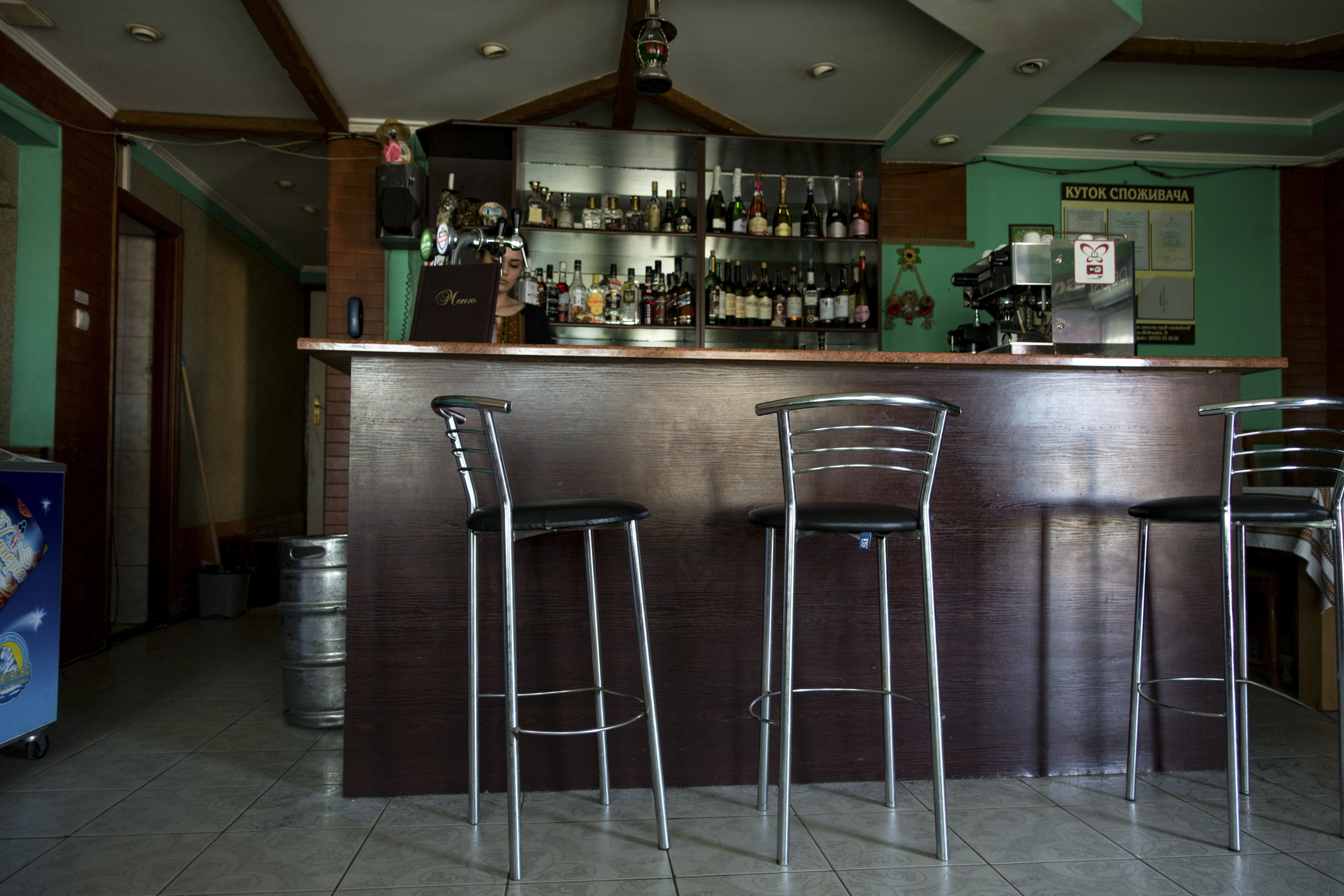 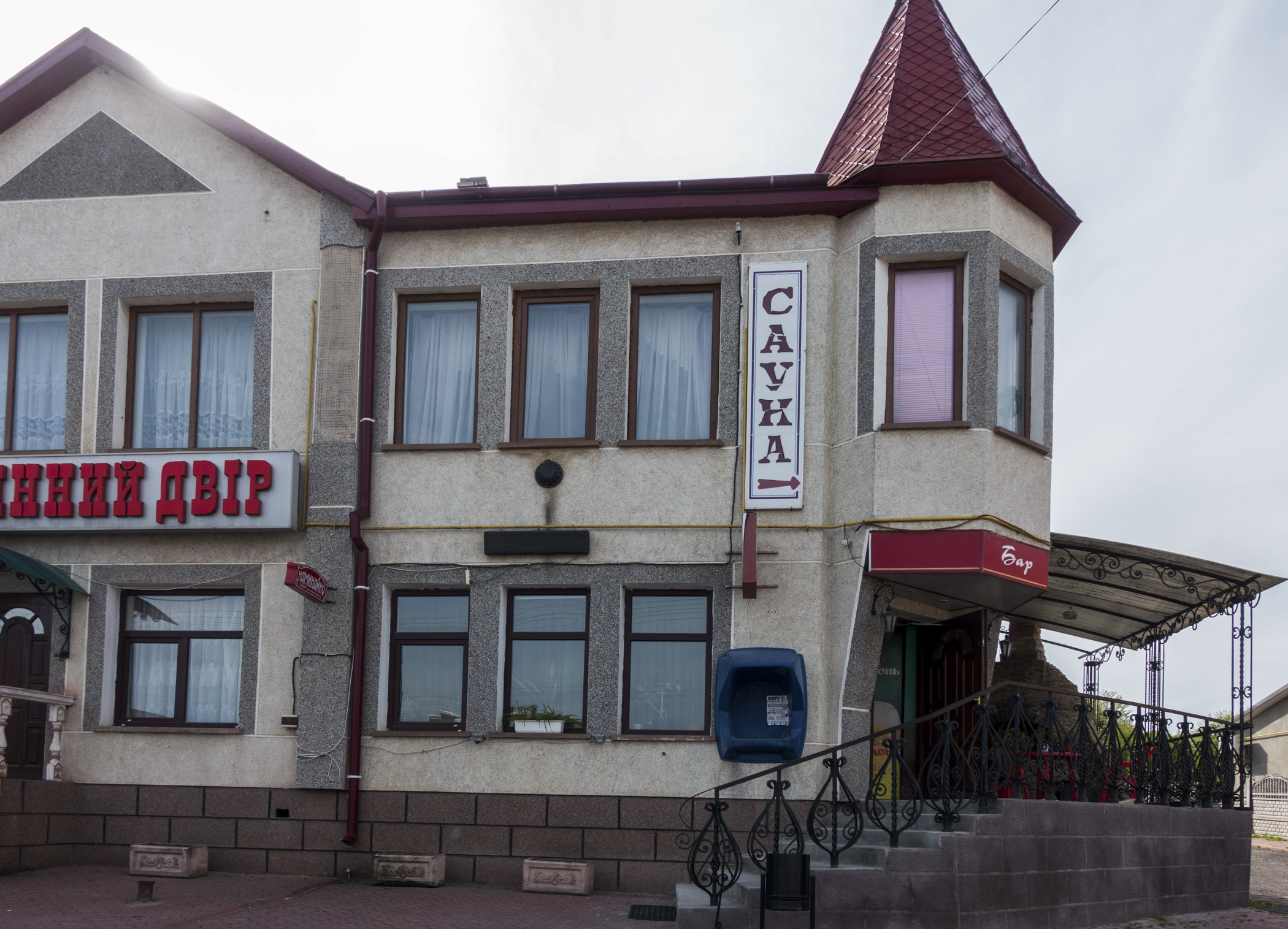 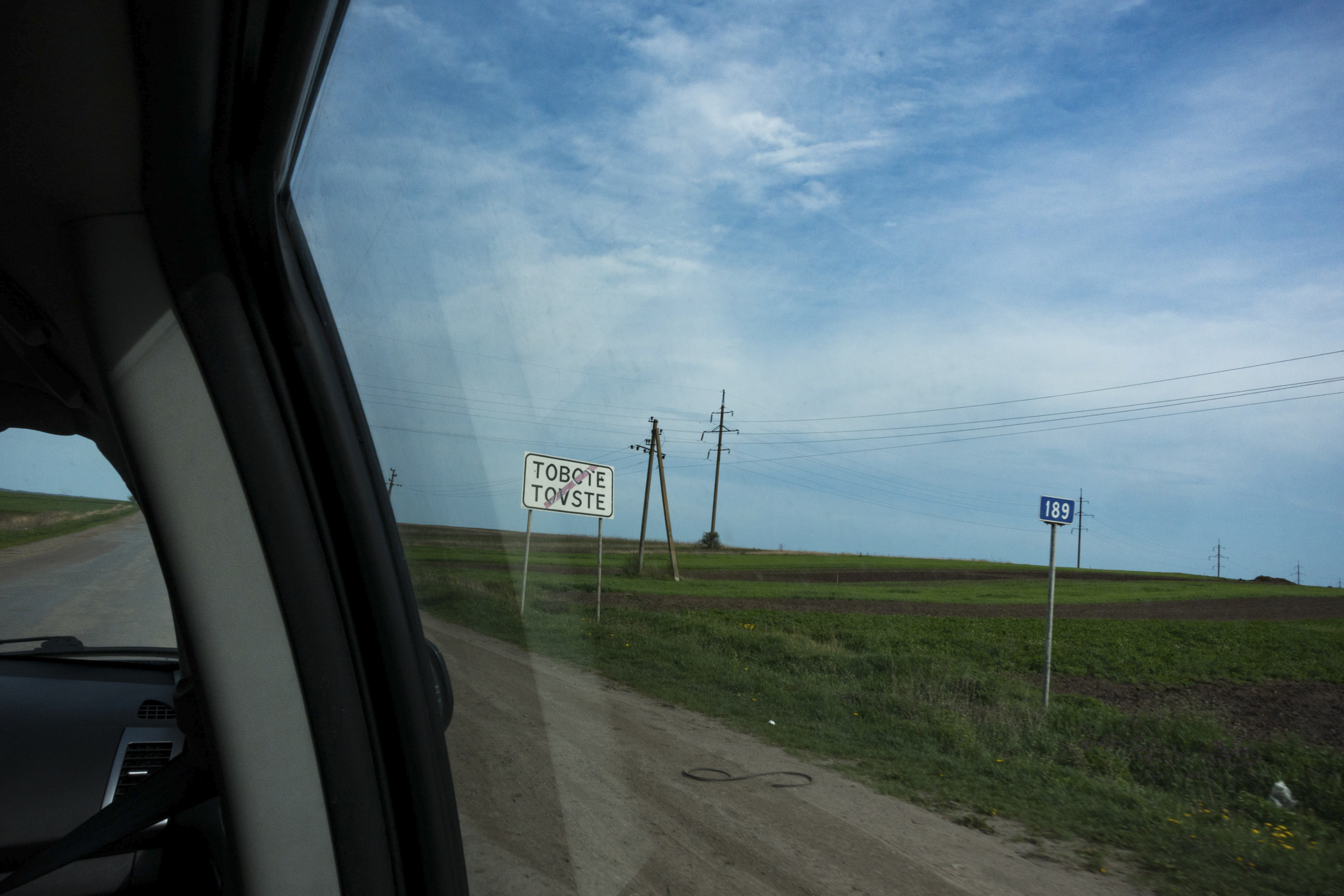 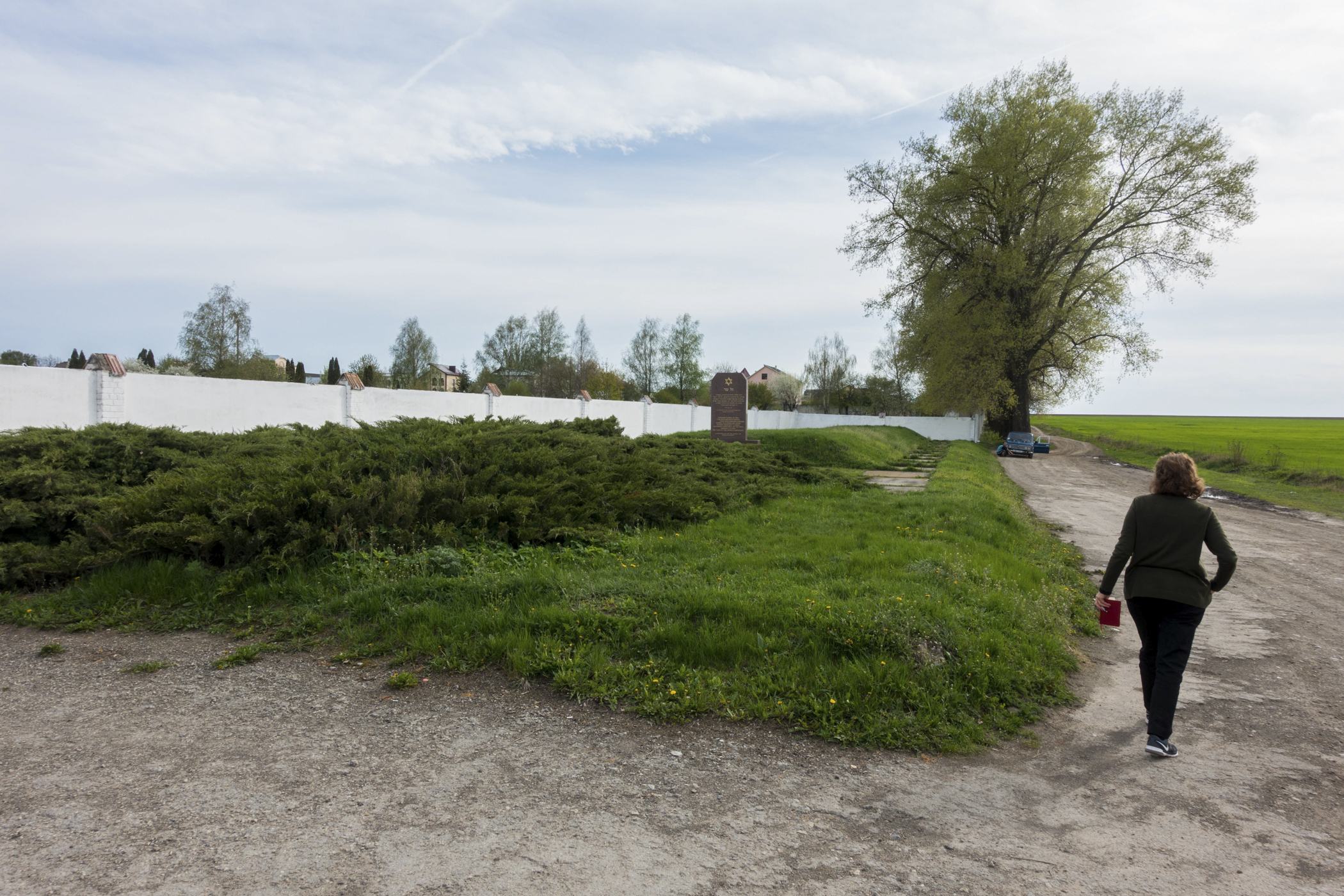 We stopped on the outskirts of Borschiv to look at yet another mass grave. 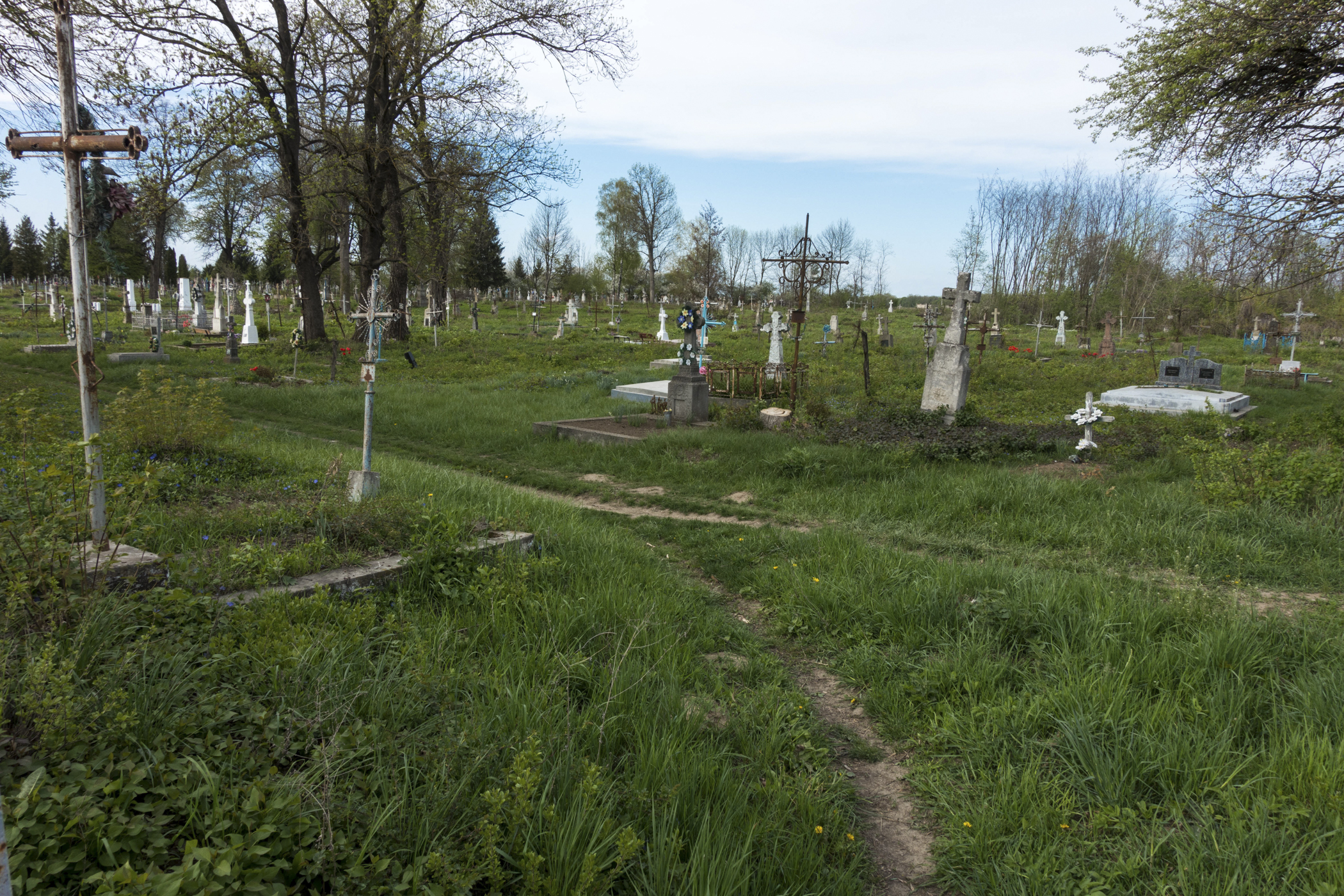 The Christian cemetery across the street from the mass grave. 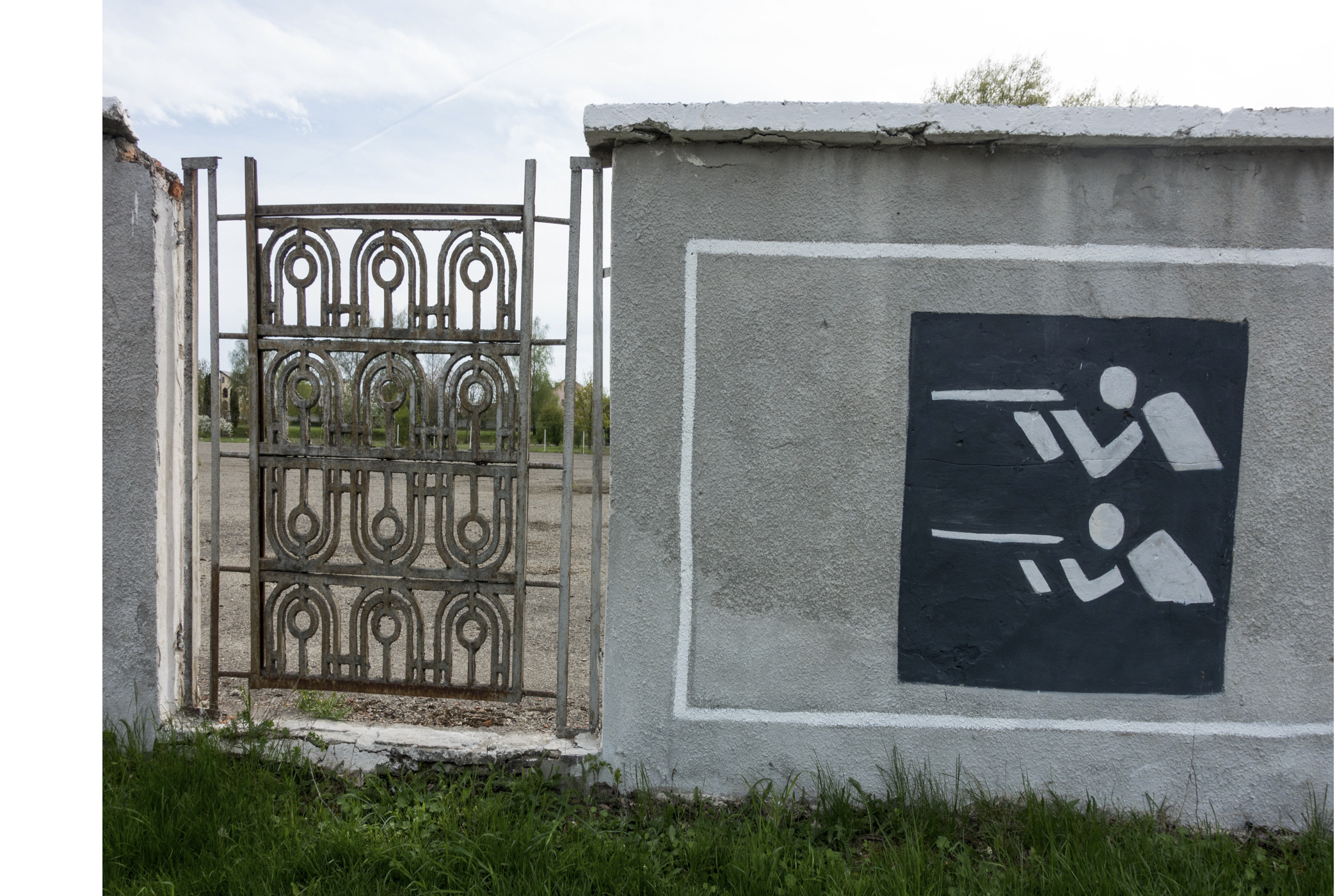 The former Jewish cemetery next to the mass grave had been converted by the Soviets into a sporting ground. I found this image ironic and unsettling. 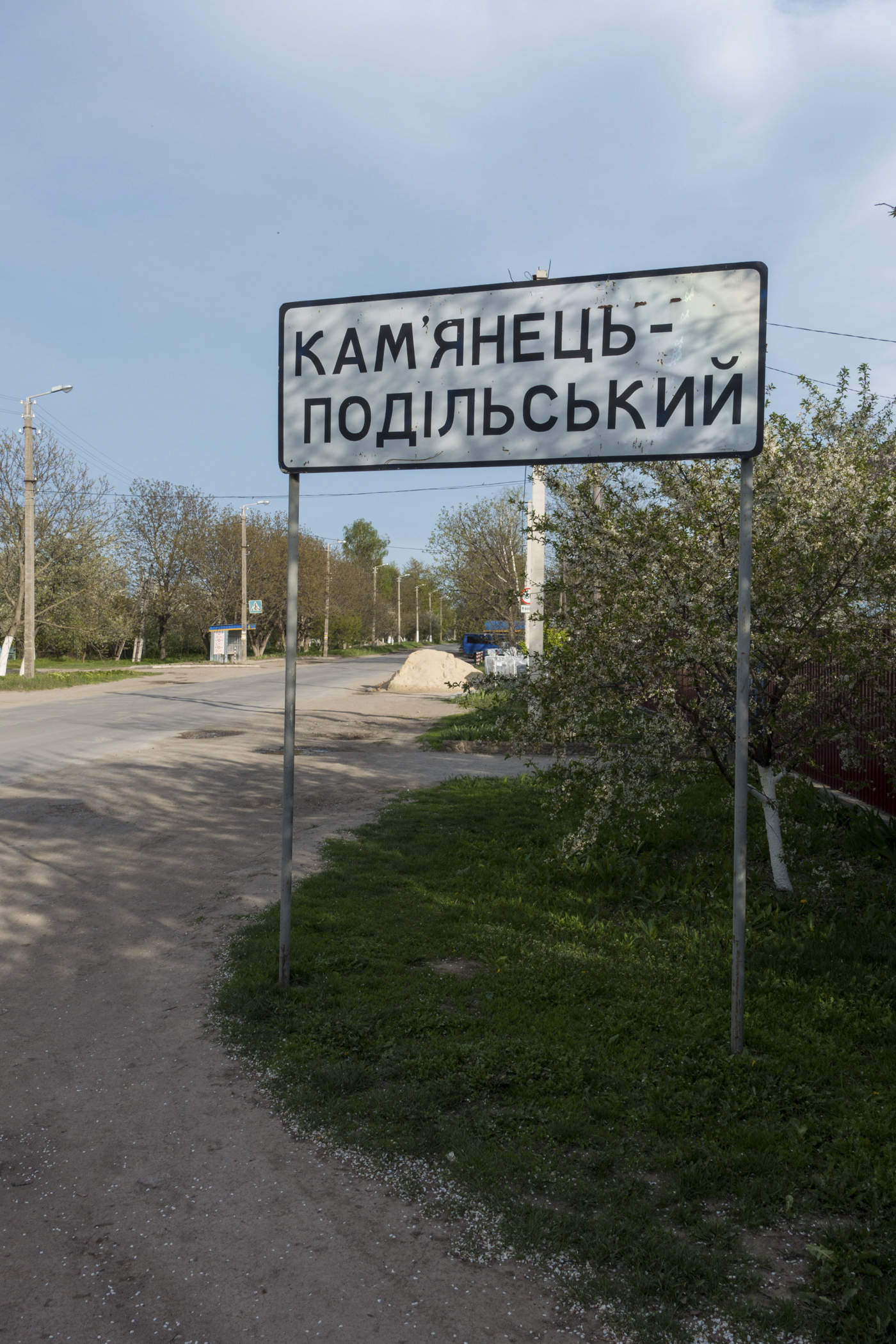 The view from our hotel room in the very center of Kamianets-Podilskyi. 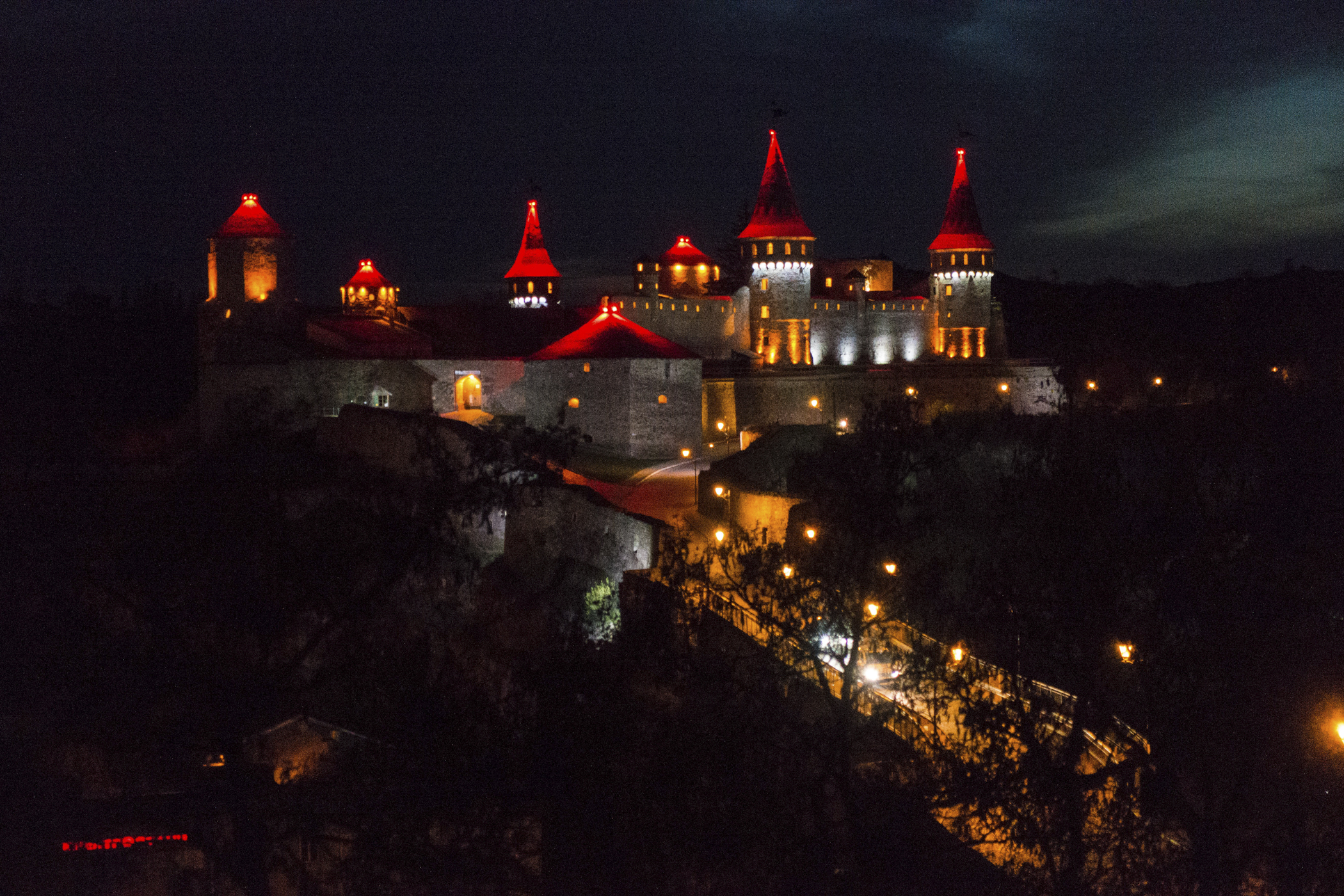 We got to Kamianets-Podilskyi late in the day. After dinner, Iris and I walked down the narrow bridge that serves as the entrance to the town and which is guarded by an imposing castle.

Like most of the towns we visited in Ukraine, this one has a number of names. Current maps seem to call it Kam’yanets’-Podil’s’kyi, Khmel’nyts’ka oblast, Ukraine, but Iris calls it Kamenets, which was apparently the Jewish name for the town. Podolsk or Podilskyi are sometimes appended to distinguish it from another Ukranian city of the same name; it means that it is in Podolya , Russian territory East of Galacia. It was part of the Pale of Settlement.

Kamenets was an ancient and important centre of Jewish life but its unique history is overwhelmed by the terrible fact that in the forests outside Kamenets was the location of the first recorded mass murder of Jewish people in the Second World War.

Research suggests that Kamenets was the centre of Jewish population from where Jews spread north through the Russian Empire. A jumping off point for a form of Judaism introduced from the east, via the Turkish Ottoman empire. The Jewish community of Kamenets was influenced by this in religious practice and this was most obvious in the Sephardic liturgy used by most ‘Kamenetsers’ in their daily prayers. This in turn is thought to have been an influence on the development of the Chassidic liturgy (the foundations of which can be attributed to the Jewish community of Podolia (being the birth place of the Baal Shem Tov).

So, for the Jews of Kamenets, where east met west, distinctions between Sephardi, Ashkenazi and Mizrachi Jews had little relevance; unless, of course, you attended the small Ashkenazi synagogue. Jewish life was about family and community affiliation - the family being your extended family network and the community affiliation could be the area of Kamenets that you lived in - the Old Karavansary, the town or one of the suburbs -the synagogue you were a member of, the rabbi you followed, your trade or profession or, in later years, your political party.

The old town of Kamenets sits inside a ring formed by a river and protected by a spectacular castle, as can be see in this old French map:

As you can see, there is a narrow bridge over the deep gorge separating the castle from the town.

Here is the view of Kamenets from the castle: 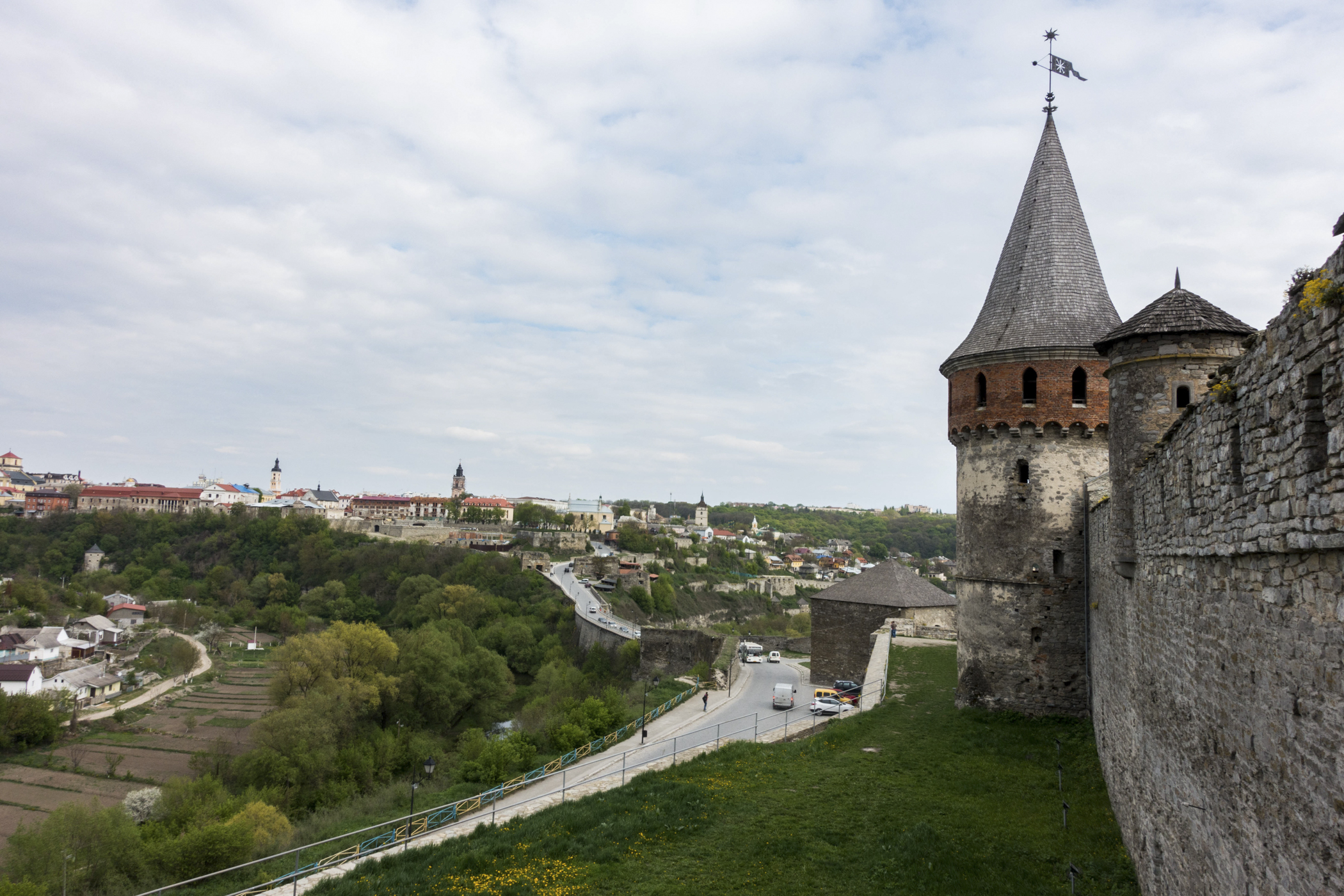 Here is the view of the castle from Kamenets. 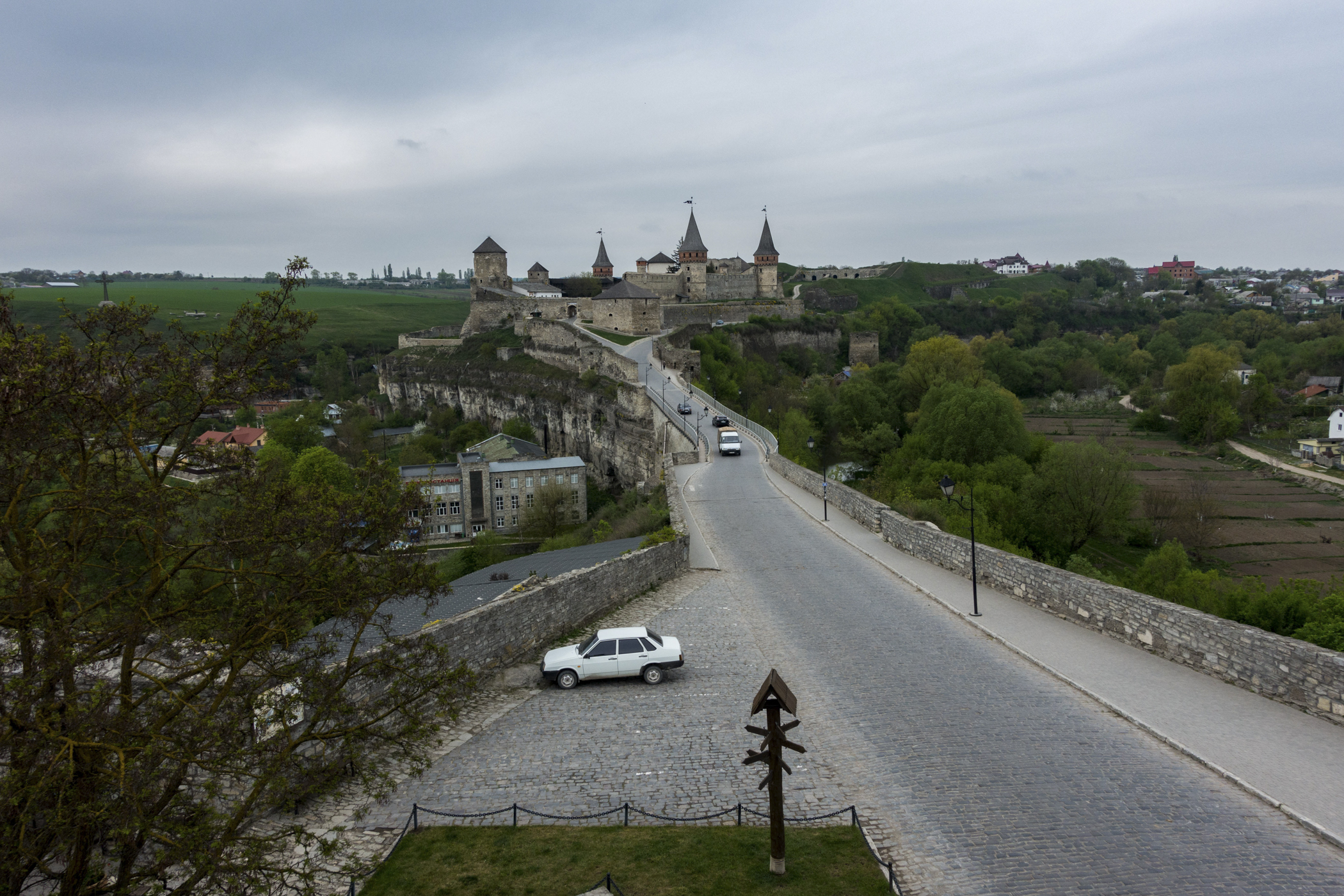 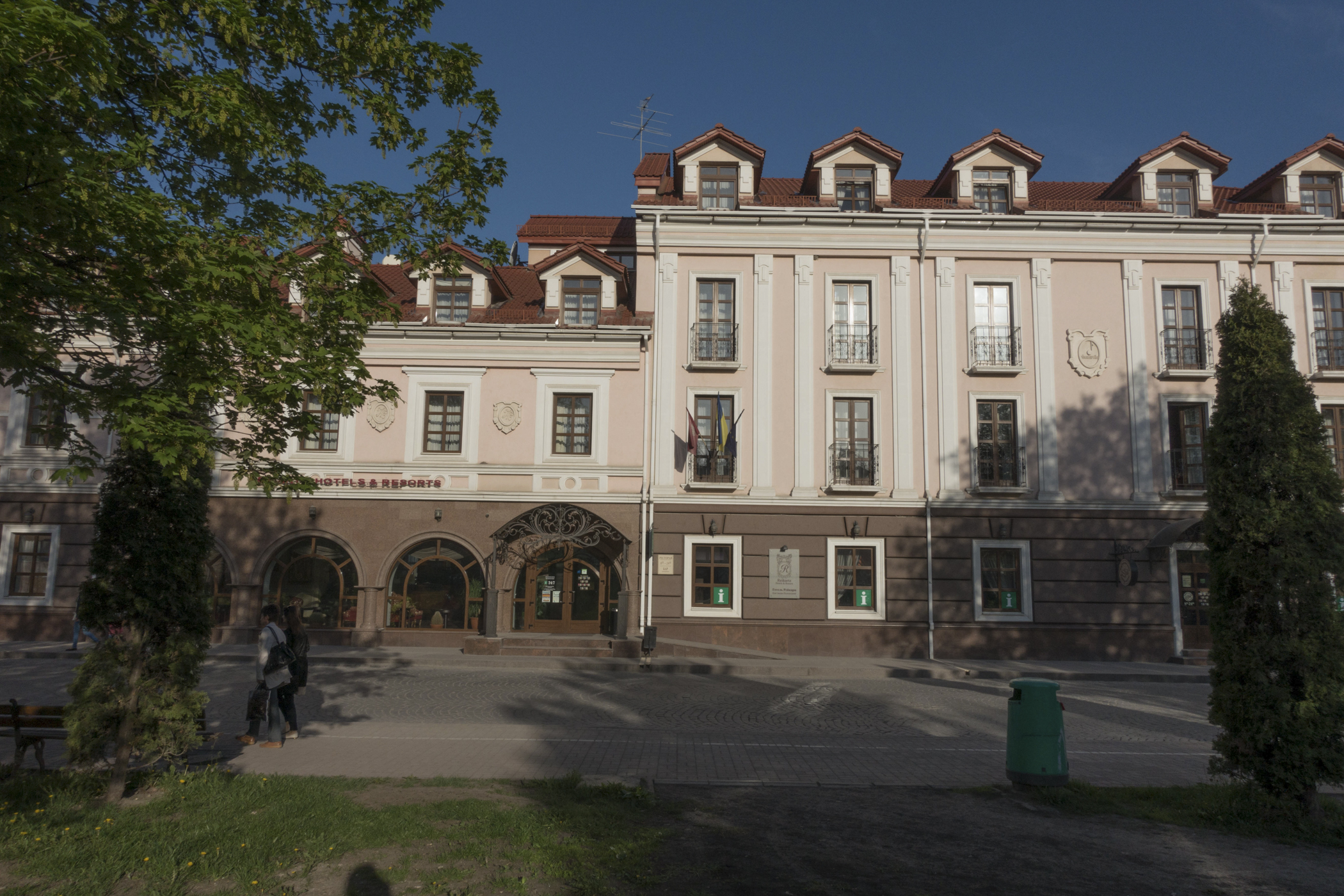