Watching a video in the bus to Auschwitz-Birkenau. The ride took about an hour through beautiful countryside. 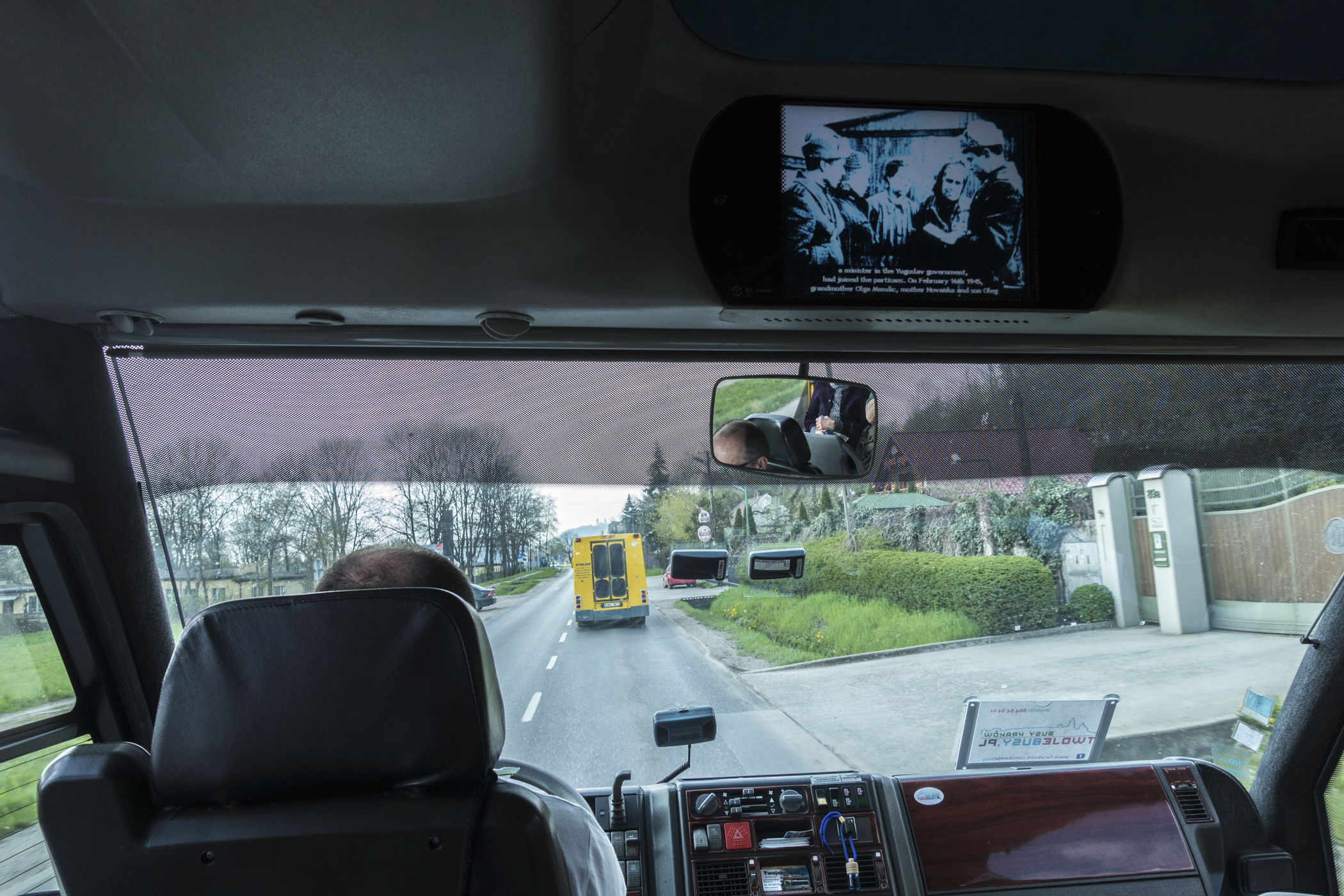 You’ve seen this image. The railroad stopped people and unloaded them at this gate. 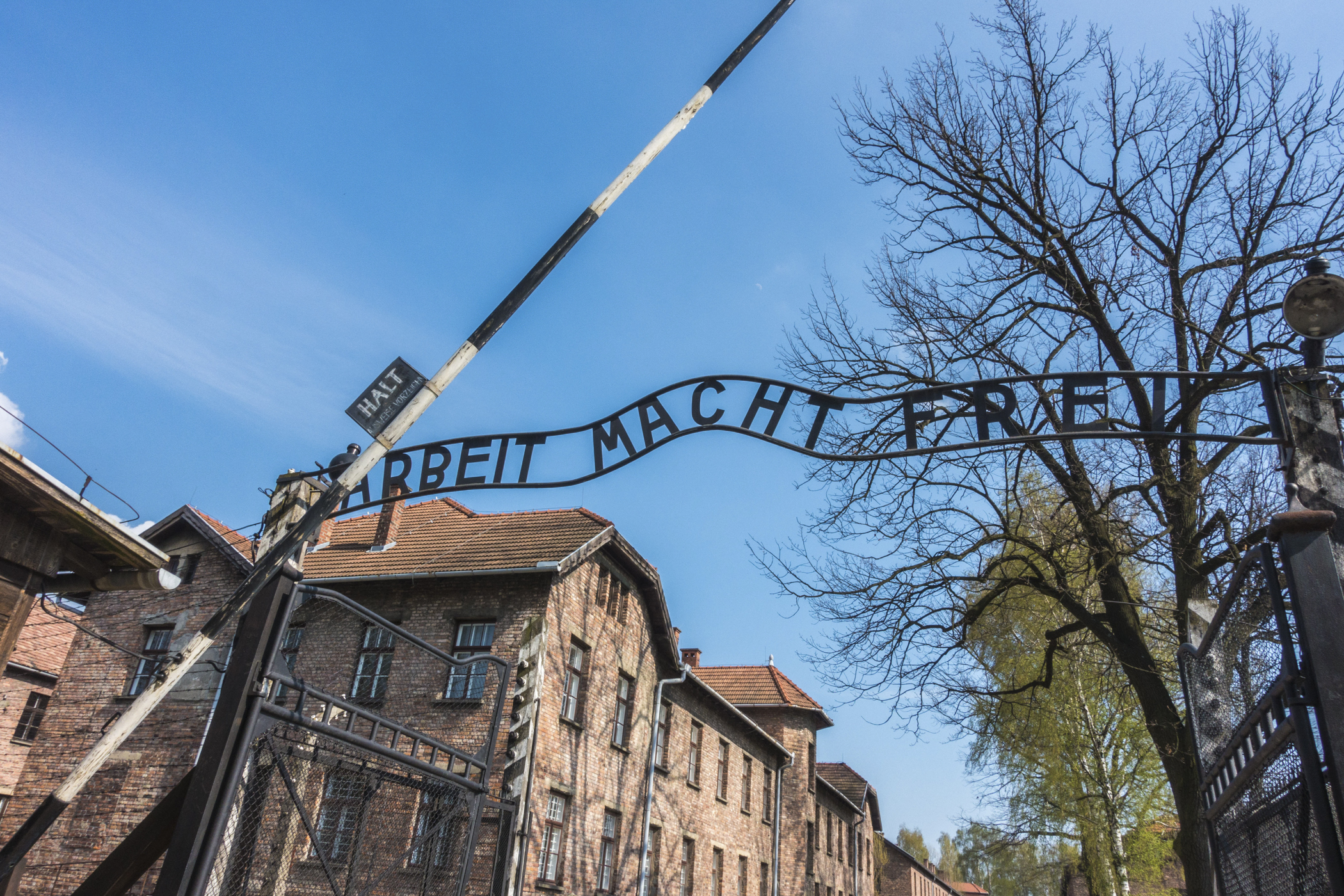 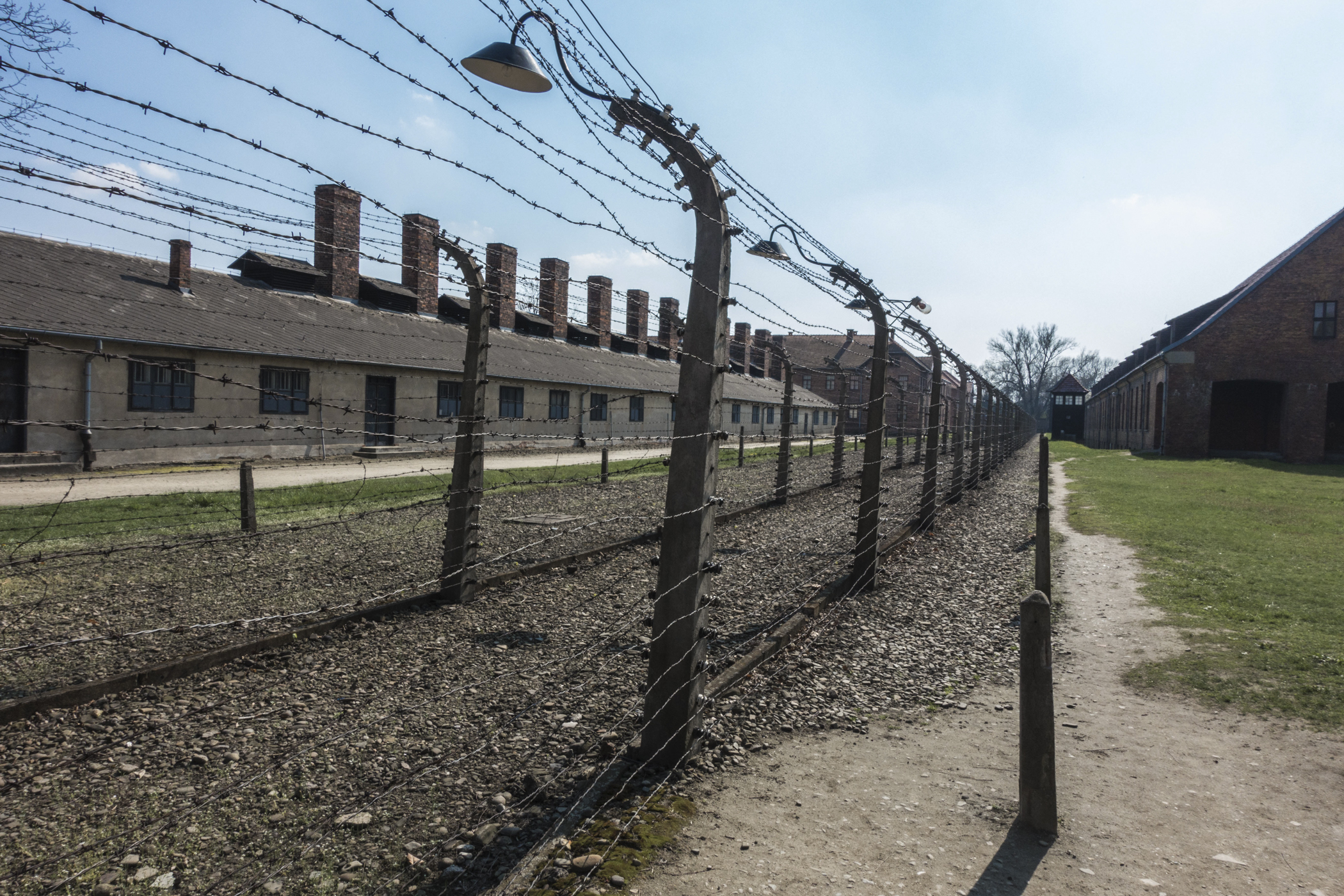 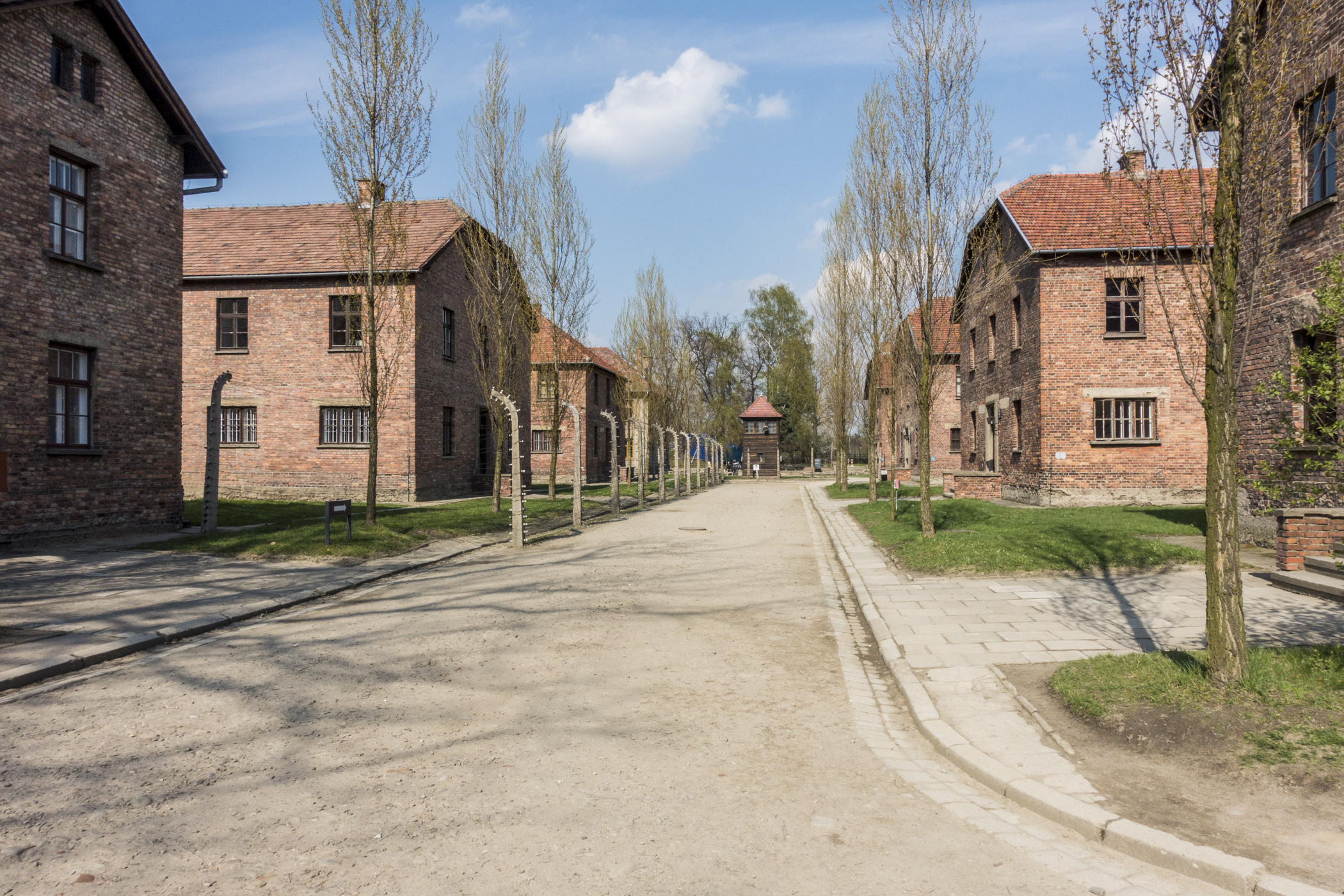 When I walked alongside her and caught her eye, she would look into my eyes as she talked into the microphone, not breaking her gaze, her eyes burning into mine. 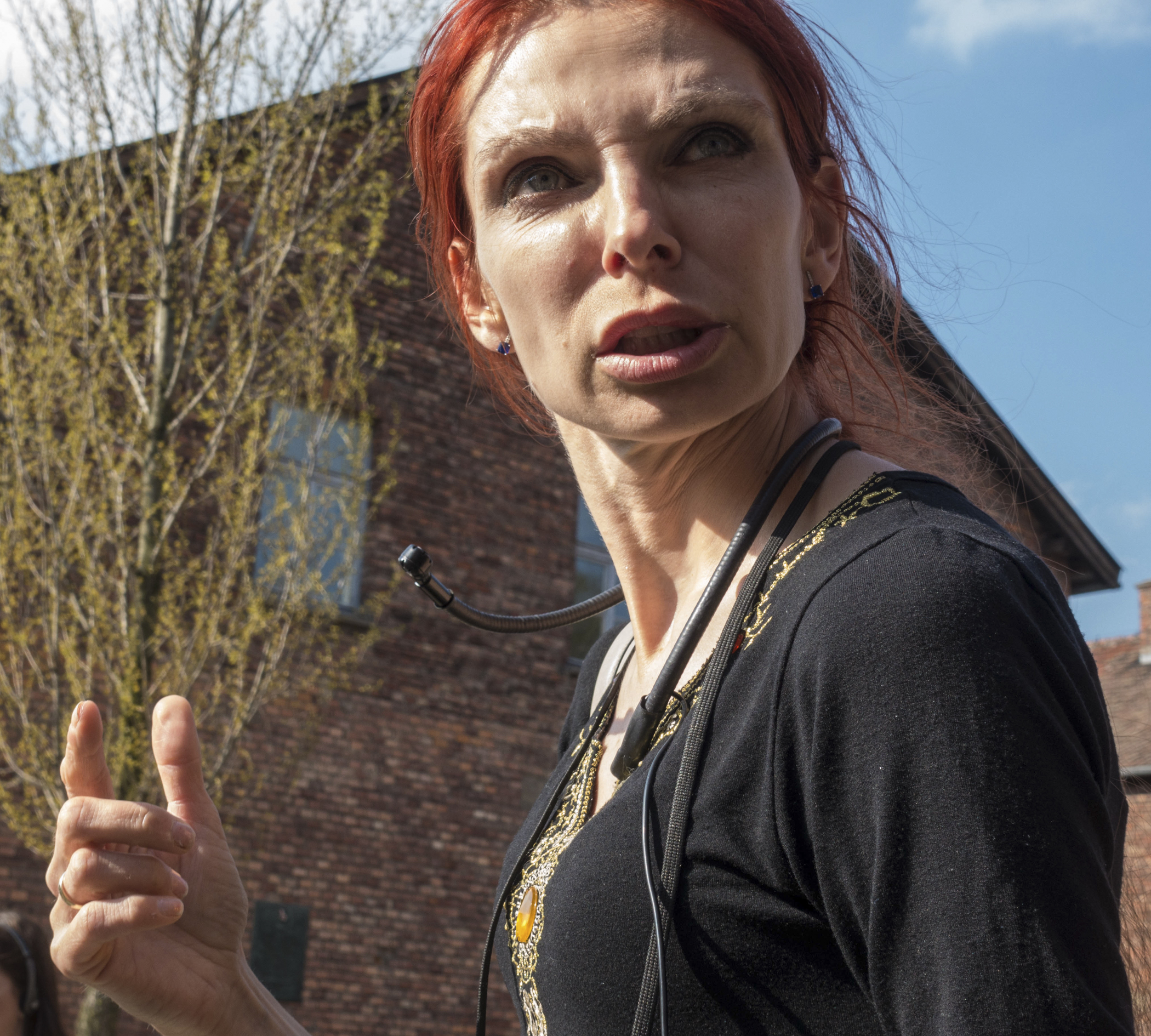 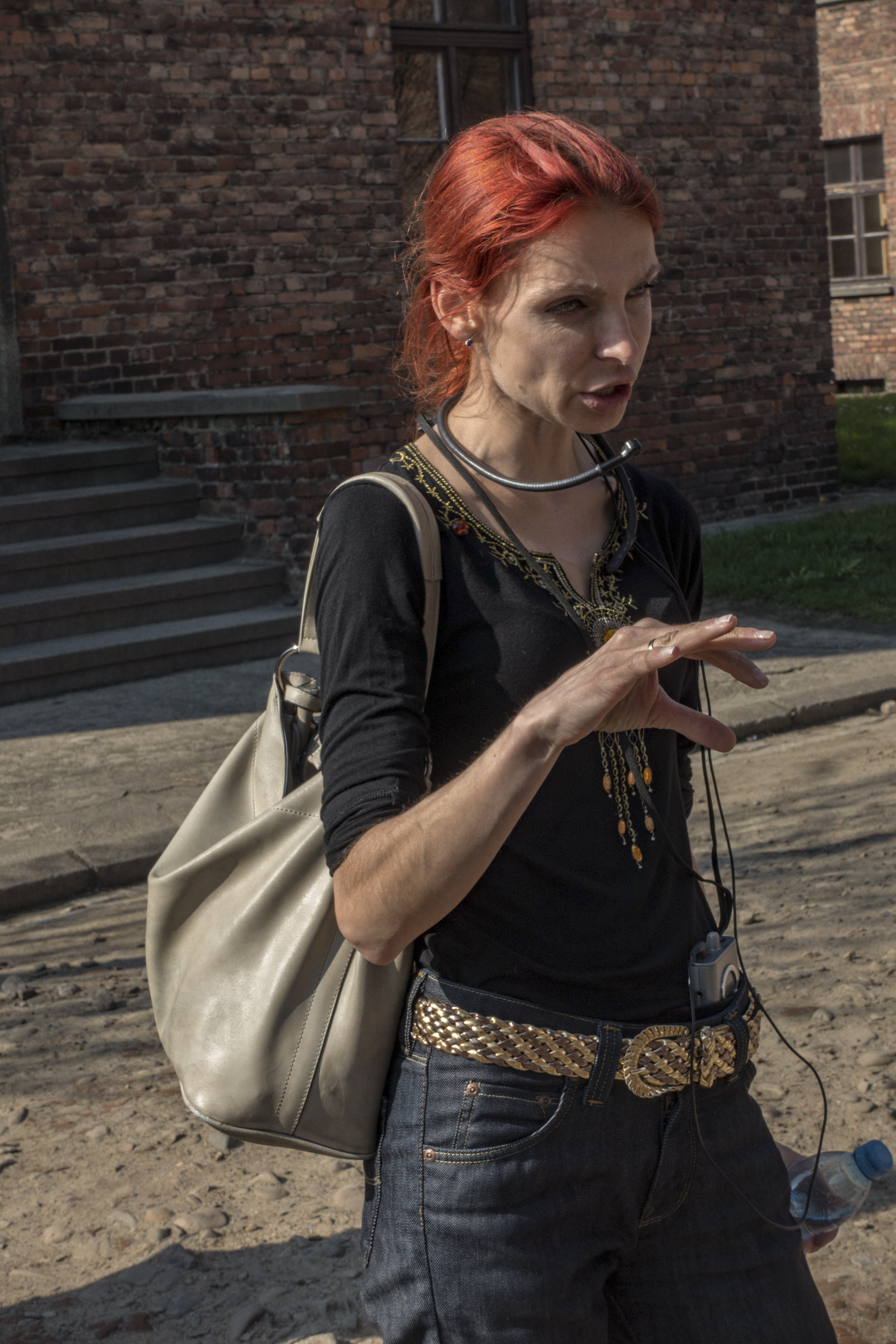 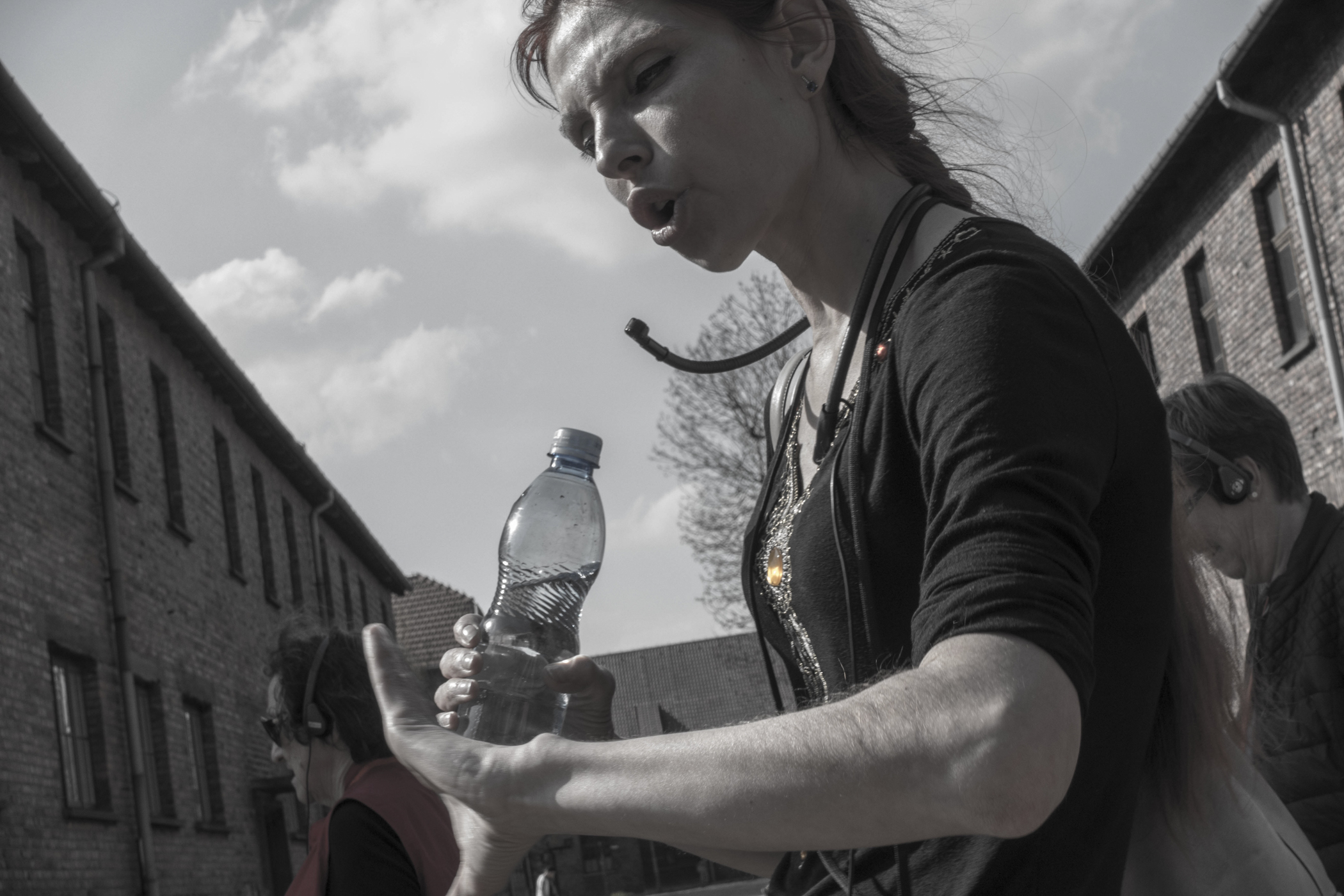 Camp commander Rudolph Höss was hanged on these gallows. Agnieszka pointed out that Höss had a wife and 5 children and was known as a good father. Evil is in all of us. 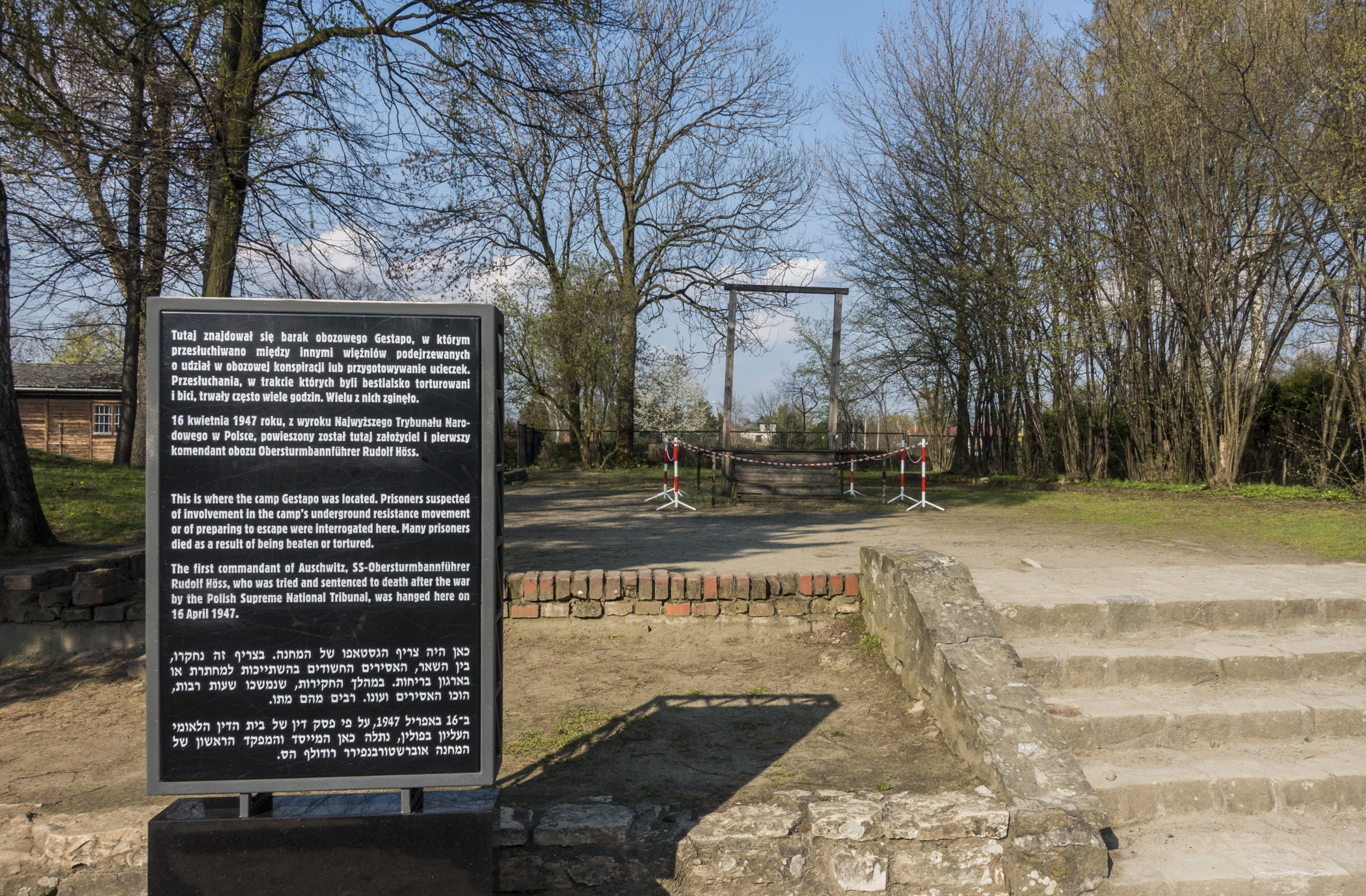 Höss’s gallows was at the end of a half-buried building containing a small gas chamber with an adjacent crematorium. It was dark in the gas chamber. A tall Jewish man was reading graffiti in Hebrew on the wall and I asked him what it said. He said “Next year in Jerusalem”. We chatted a bit, then he shook hands with me. Iris offered to shake hands to (I just love her!) knowing that he would refuse, just as the fundamentalist Islamists in Tunisia had done. But the man did apologize and explain why he couldn’t. Iris told him she was a feminist Jew from Brooklyn and the man replied cheerfully that that was wonderful!

Birkenau is a few kilometers from Aushwitz. It is immense, dwarfing Auschwitz and testifying to the suffering that occurred there, at the end of yet another railway. 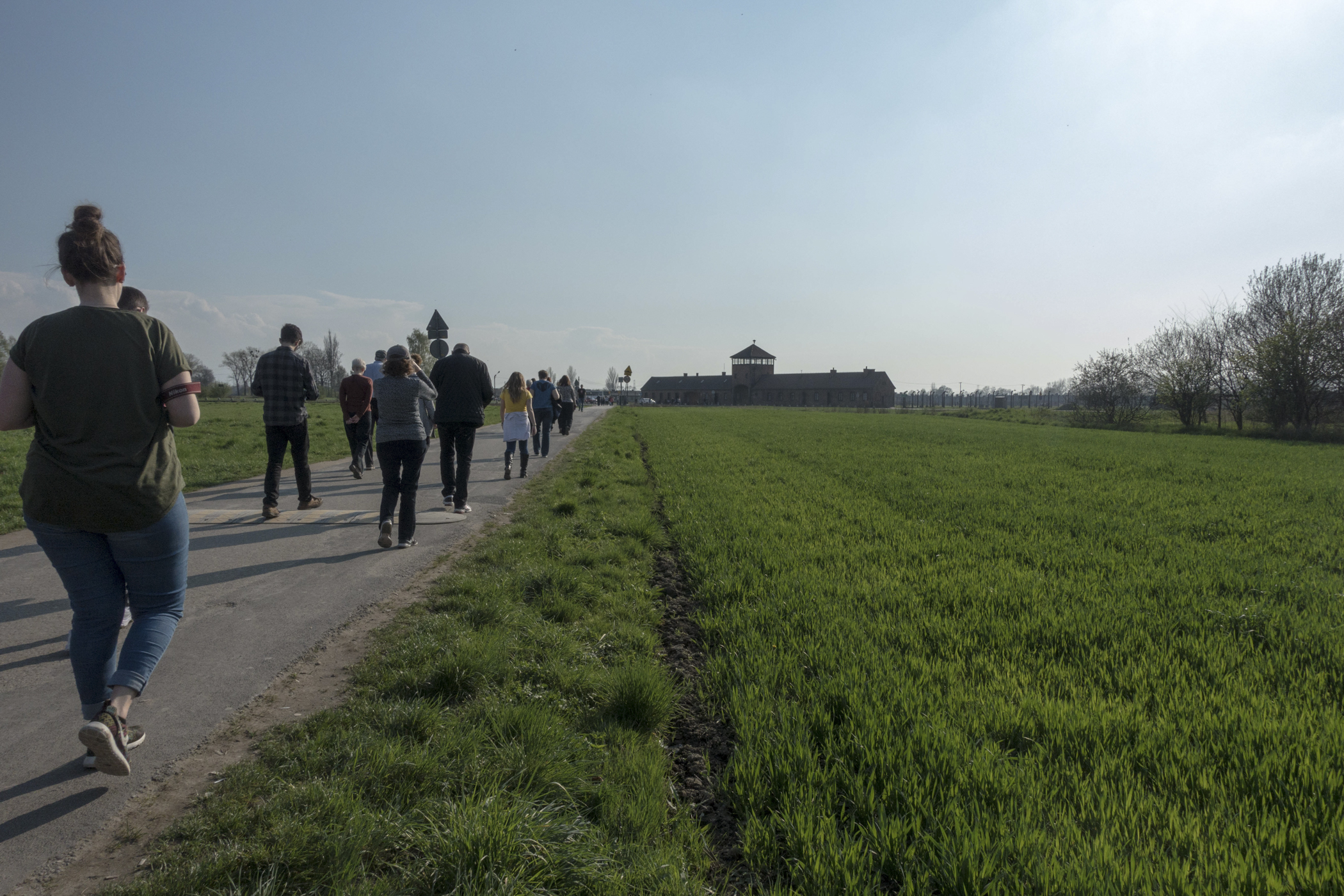 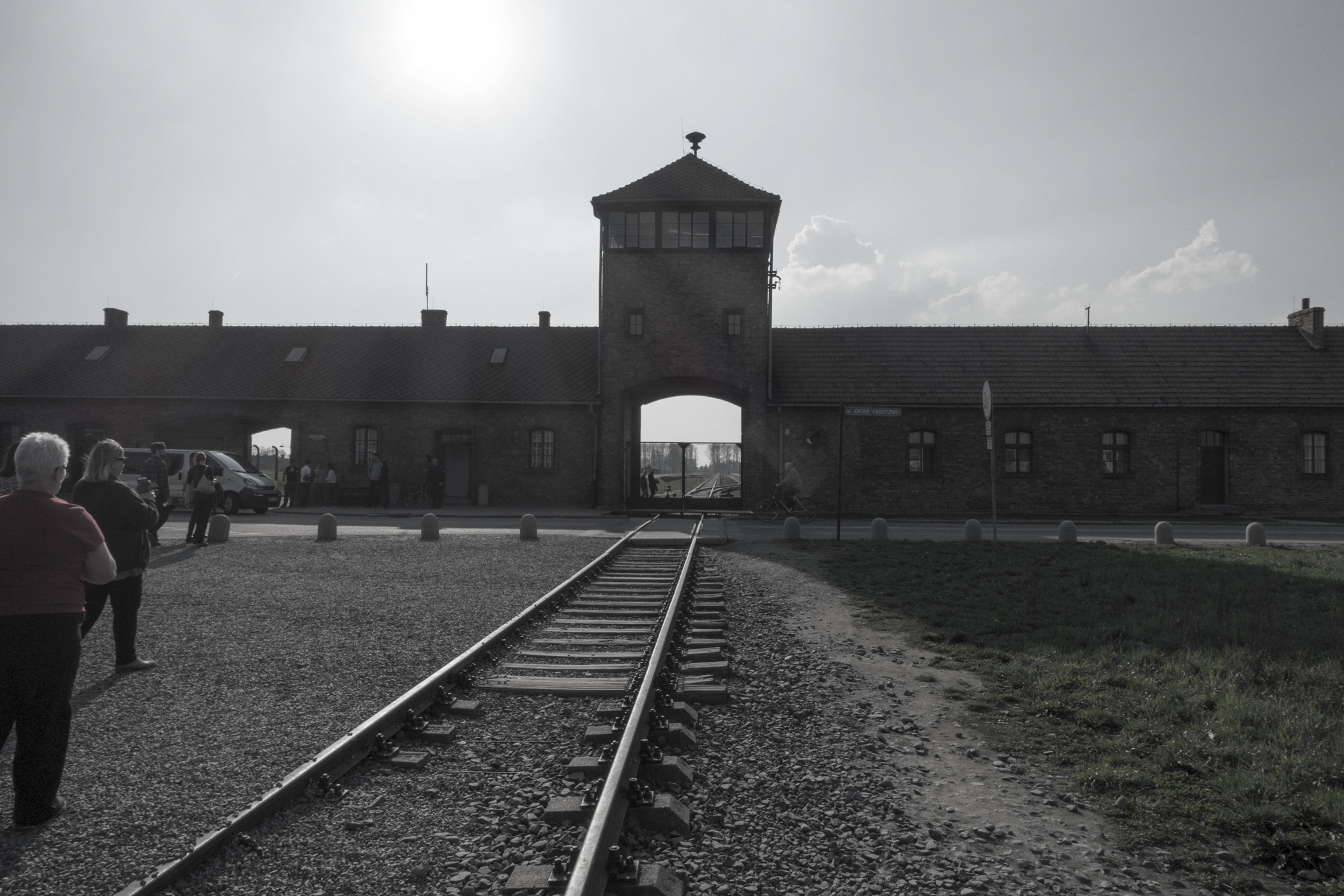 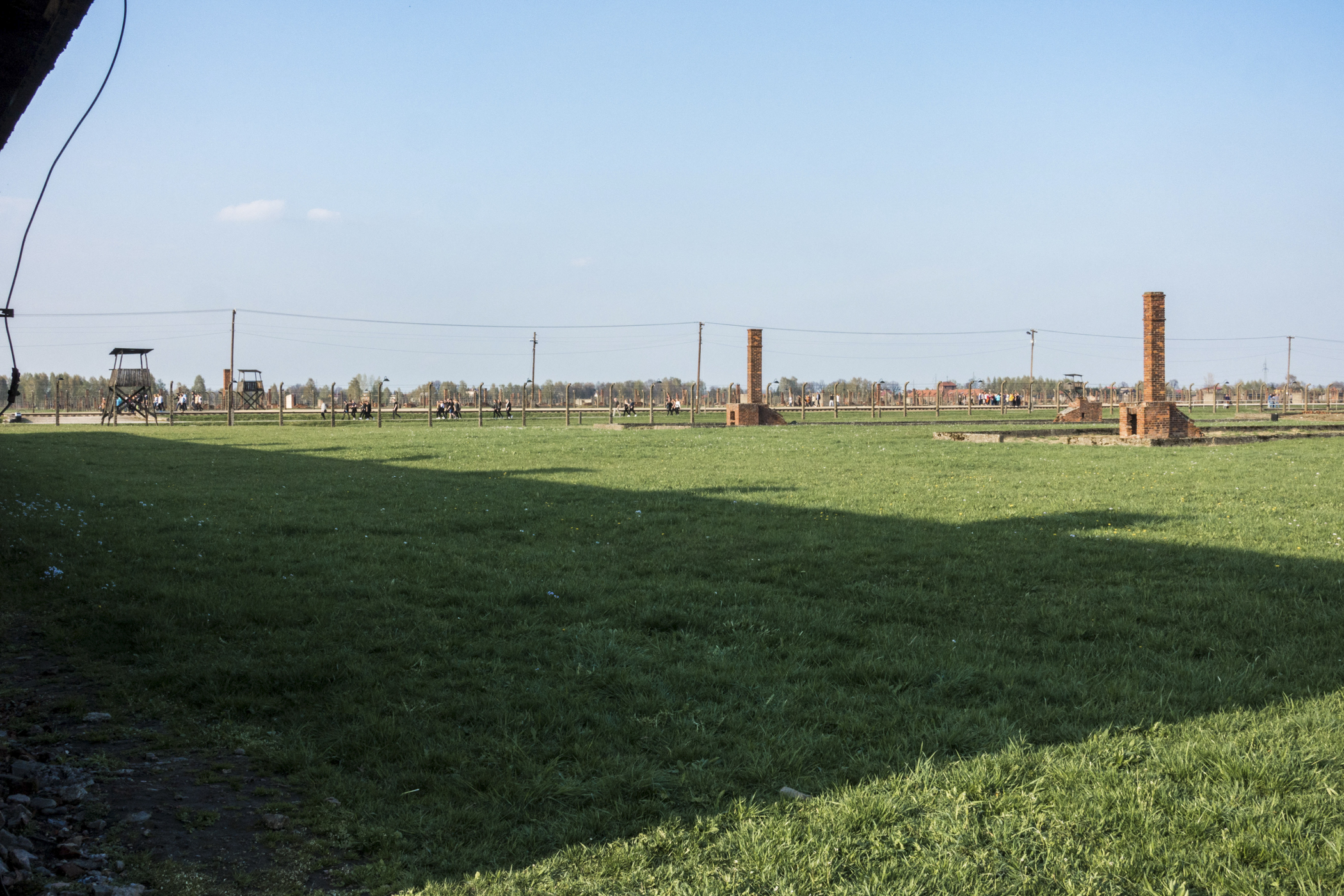 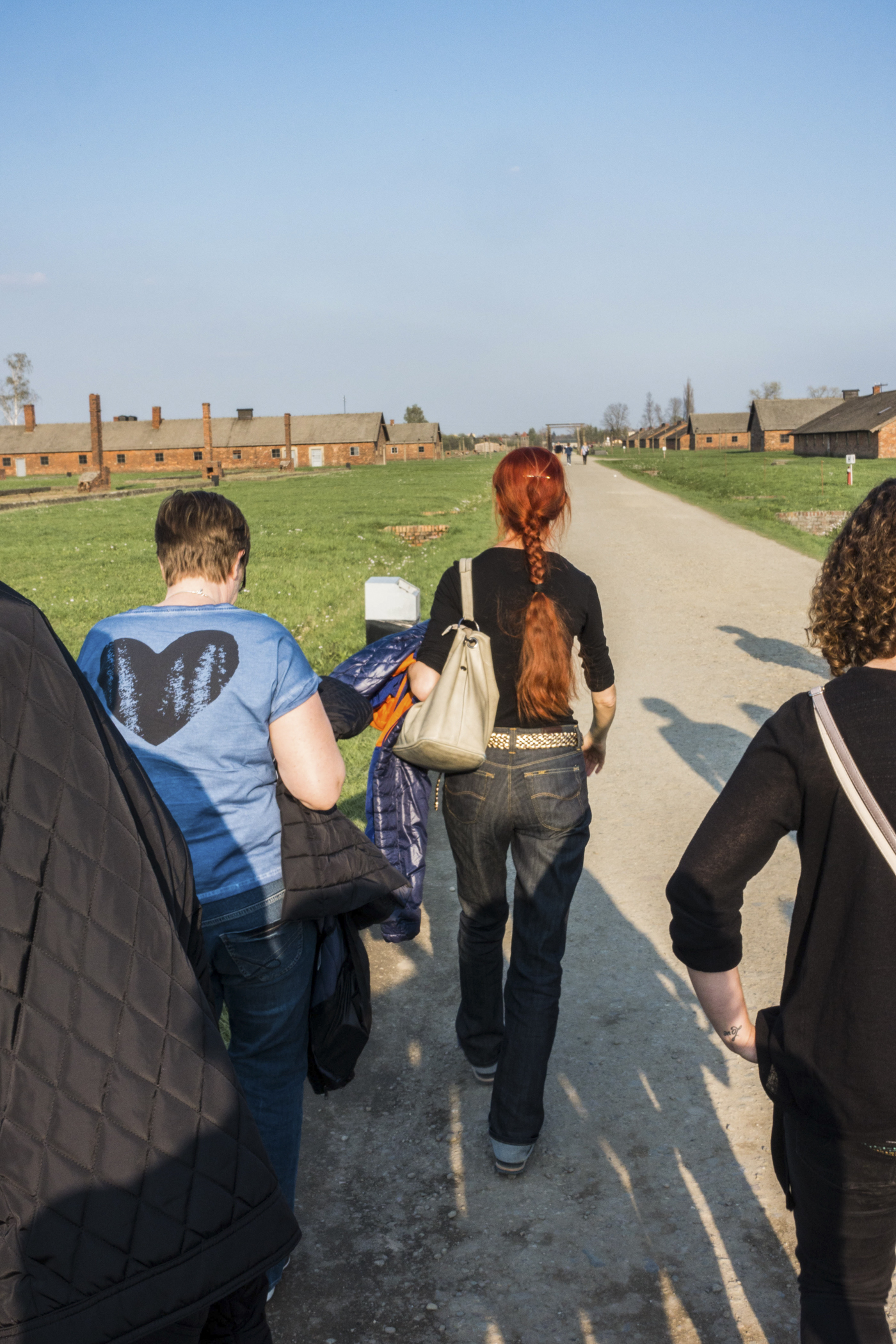 A dormitory for women laborers, who slept many to a platform. One of the platforms is the floor. 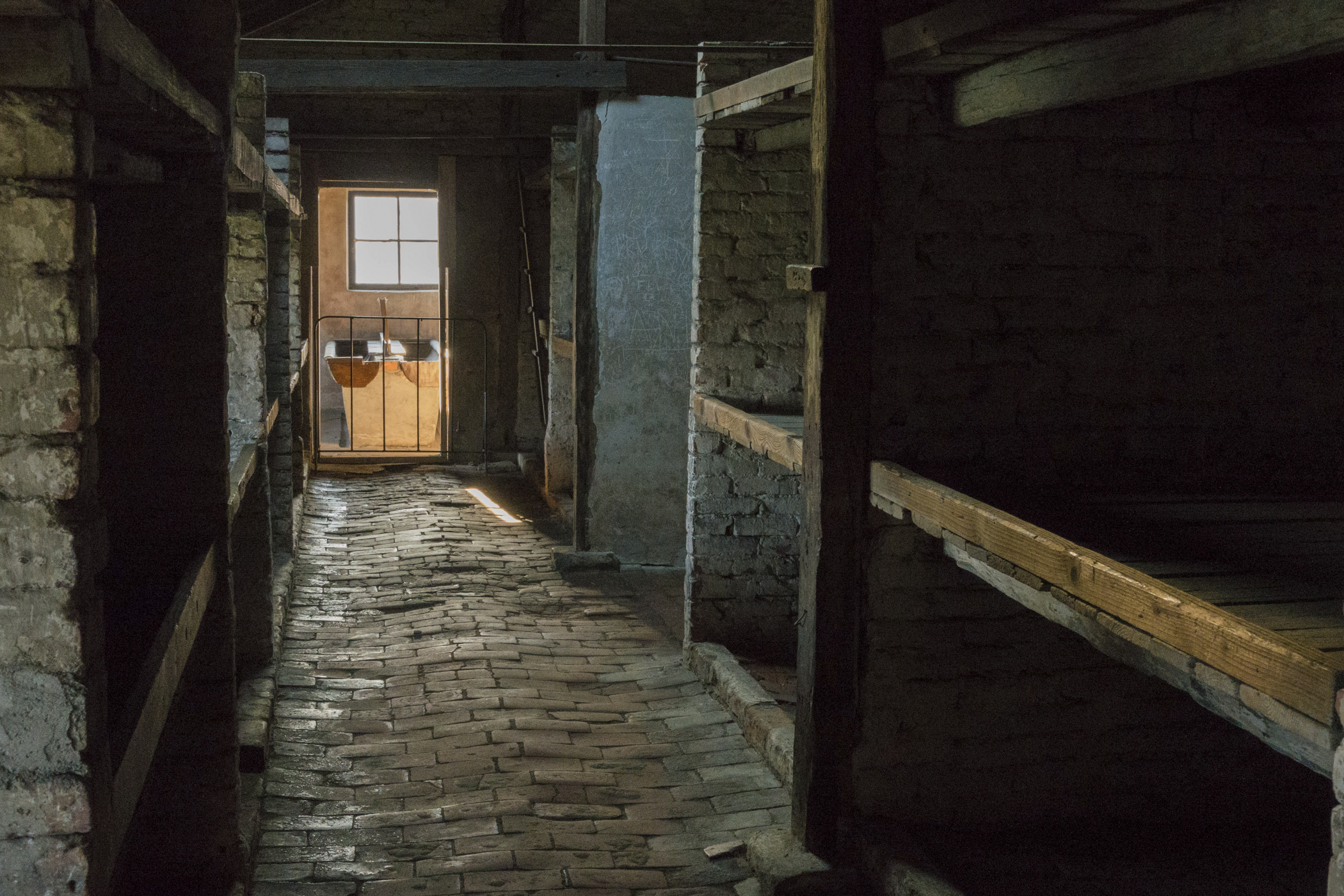 I remember Agnieszka being most sarcastic and bitter as she recounted how the Nazis lied to the prisoners arriving in Auschwitz and Birkenau, reassuring them as they were separated into streams destined either for labor camps or for immediate extermination, lying to them to keep them from panicking and becoming unruly, telling them that they would see their loved ones again soon. The people designated for extermination were lied to yet again, told that they should leave their possessions while they took showers, promising that they would get them back. The women undressed themselves and their children, whom they must have reassured in turn, and entered the gas chamber.

(The earliest, less-industrialized gas chambers at Auschwitz required 4 soldiers wearing gas masks to carry the canisters of Zyklon B into the gas chambers and open them right in the midst of terrified human beings.)

50 Years ahead of Temple Grandin 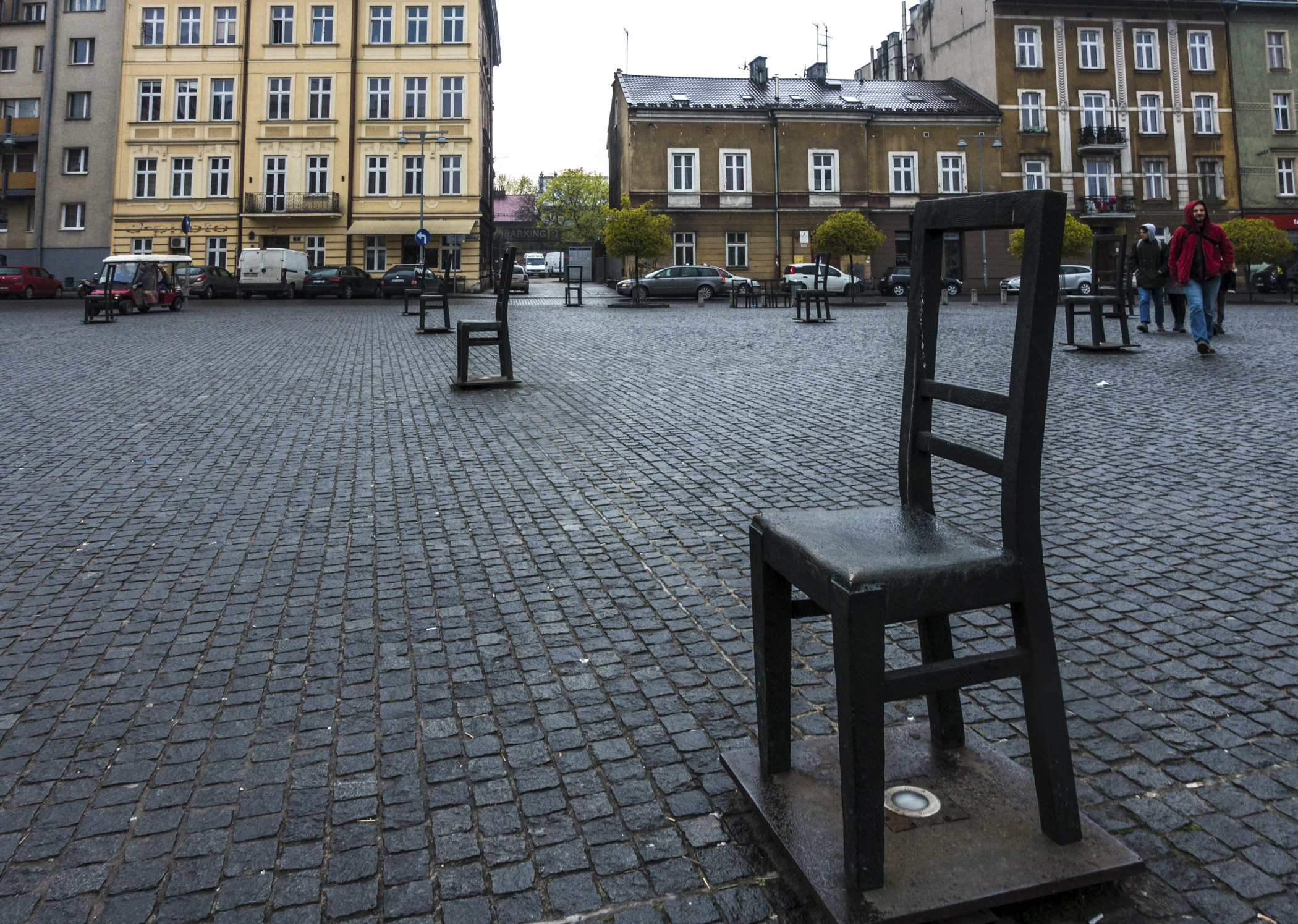 For centuries we moved our cattle
From town to country
From country to country
By the time they arrived at the train station
We had already moved them to a town “just for them”
And from there to a smaller area across the river.
They thought this was just another move.

They were easy to handle if we lied to them.
“Put your names on your suitcases so that you can find them later.”
“Give us your luggage; it will be delivered at your destination.”
“Leave your chairs and furniture here. You cannot take them.”
Their cow eyes were grateful for our help.

At the destination we lied again
As we separated them from their mates and their young.

“You just need to go through this delousing shower.”

We control our cattle with hope.