Got a call just now from Tommy Edwards to tell me that my Martin D-18 has been sold. It now has a good home with someone who knows how to play it right.

I wish I could remember who advised me to call Tommy to get him to sell my guitar: it will probably come to me in a while, the way so many memories do these days.

Last September 2nd I left my guitar with Tommy in his little corner shop, so it took four months to sell. The man who bought it had been coming in for a couple of weeks to play it and another guitar. The fact that my guitar was sold to me new in 1964 - the year his wife was born - apparently sealed the deal.

I graduated from Pomona College with a B.A. in Philosophy (probably the second-most stupid mistake I ever made) and went home to Berkeley. My father, under the influence of our evil stepmother, asked me to move out, so I did. My best friend, Mark Grandy, and I rented rooms near downtown Berkeley. I worked in a small garage that specialized in repairing Volkswagens.

It was well into the summer when I was accepted into the Peace Corps. I had asked to go to Latin America, perhaps because I had been to Mexico, but I was assigned to Tunisia. I accepted this assignment (one of the best decisions I made in my life).

During my freshman year at Pomona, a fellow student introduced me to the blues guitar. I swear he could play Brownie McGhee’s music as well as Brownie himself. The music was mesmerising. I must have had a guitar at college but I don’t remember what it was or what happened to it.

But I was about to go into the Peace Corps: it was time for the big investment!

I remember going down into Oakland to a large music store. It was located near the old Sears Roebuck on a wide street (Telegraph?) and had pianos, organs, violins etc. It was a big investment, but I was going to Tunisia for two years. It was worth paying $125 for such a good guitar. I also got a very good hard-shell case; without it, I can’t imagine that I would have had the guitar so long.

I played my guitar a lot while living in Gafsa, Tunisia. I had lots of free time. Unfortunately I had no one to play music with so my own playing got less and less interesting to me as time went on. Besides, I don’t think I’m really a very gifted musician.

The Peace Corps did a terrific job of shipping my stuff back to the US. That explains how my guitar stayed with me until this year; my Kairouan rug is still with me. Here we are in Kairouan in 2012 buying another rug. They’re very long-lasting. 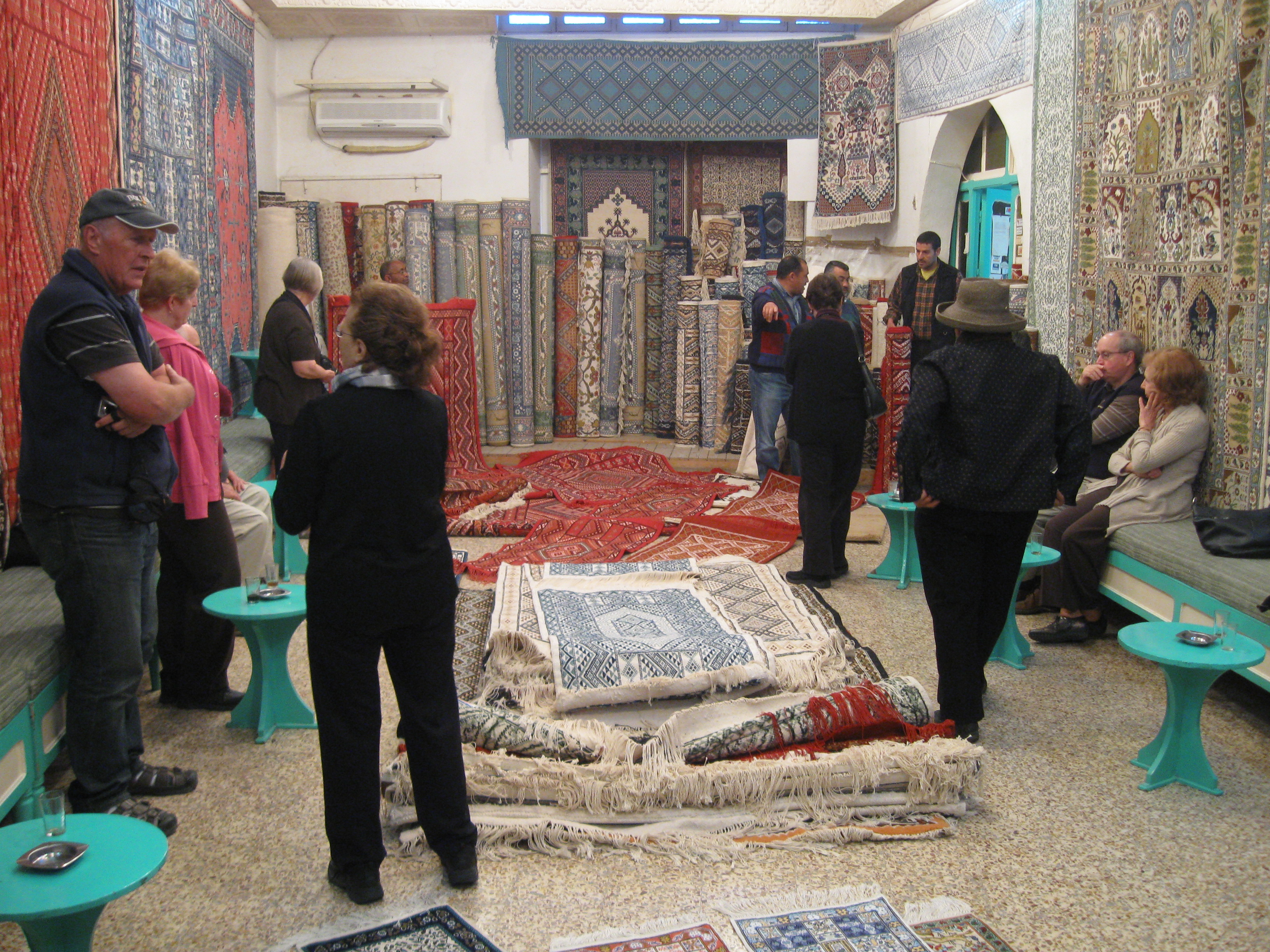 I continued to play the guitar for awhile, especially during my Leadbelly phase in Chicago, where I bought a 12-string guitar.

Life got busy or something, and I stopped playing except for a couple of failed attempts at guitar lessons.

Now I no longer have to worry that any future burglars will get my guitar. It’s in good hands as it deserves to be.