George was born in Berkeley to a scientist father and entrepreneurial mother.

He grew up in the 1950s surrounded by intellectual and artistic ferment, the most beautiful sunsets in the world, and Cold War fear.

After wasting his undergraduate years as a philosophy major at Pomona College, he joined the Peace Corps, mainly to prove to his girlfriend that he, too, could live abroad: it was the second best thing he ever did. He used his first SLR camera living in the oasis town of Gafsa, Tunisia, 1964-66. 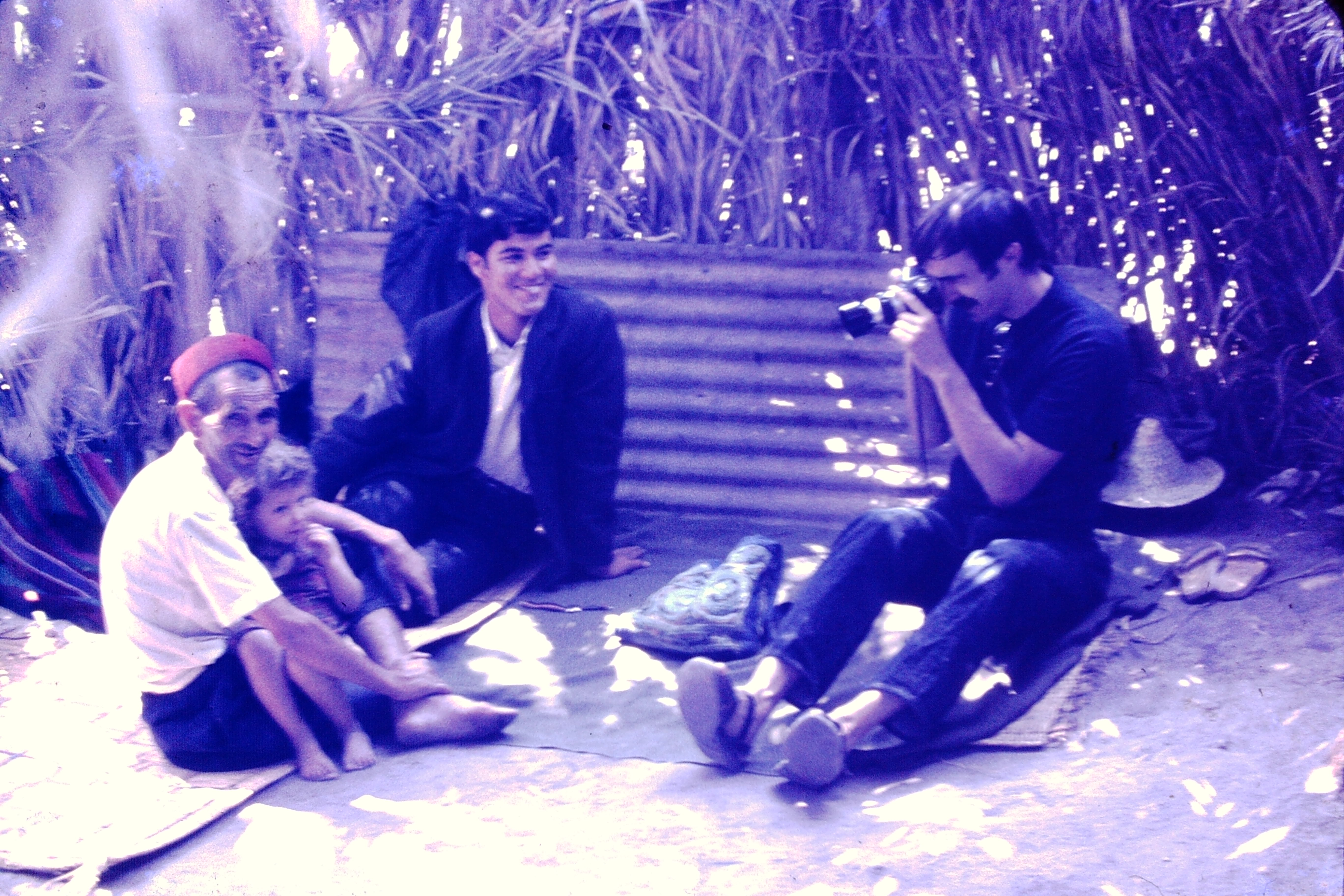 George returned to Chicago as a philosophy and linguistics graduate student, but most of his education resulted from living in the ghetto, learning to use a b&w darkroom, living Sgt. Pepper Summer and experiencing the riots after Dr King’s assassination.

George moved to Austin and spent the next 10 years turning nasal vowels into a dissertation, enjoying pre-Republican Texas and learning useful skills such as Brazilian Portuguese and dancing. Taking the best wrong advice he’s ever gotten, George became a traveling publisher’s representative for three years, selling books to independent bookstores in 15 mid-Atlantic and Southern states.

He married Iris Tillman Hill and her children and followed them to Athens, GA and Chapel Hill, where Iris eventually became founding director of CDS, and George studied computer science. Knowledge of computers plus credentialism - people respect PhDs for some reason - led to fascinating jobs designing computer chips, creating educational and ecommerce software and developing databases for a worthy non-profit.

In retirement, George finally found an affordable digital camera that was fast enough for portrait photography, and has satisfied his love of tech by learning digital post-processing. He is vice president of the Chapel Hill Camera Club and co-leader of the weekly OLLI French table.