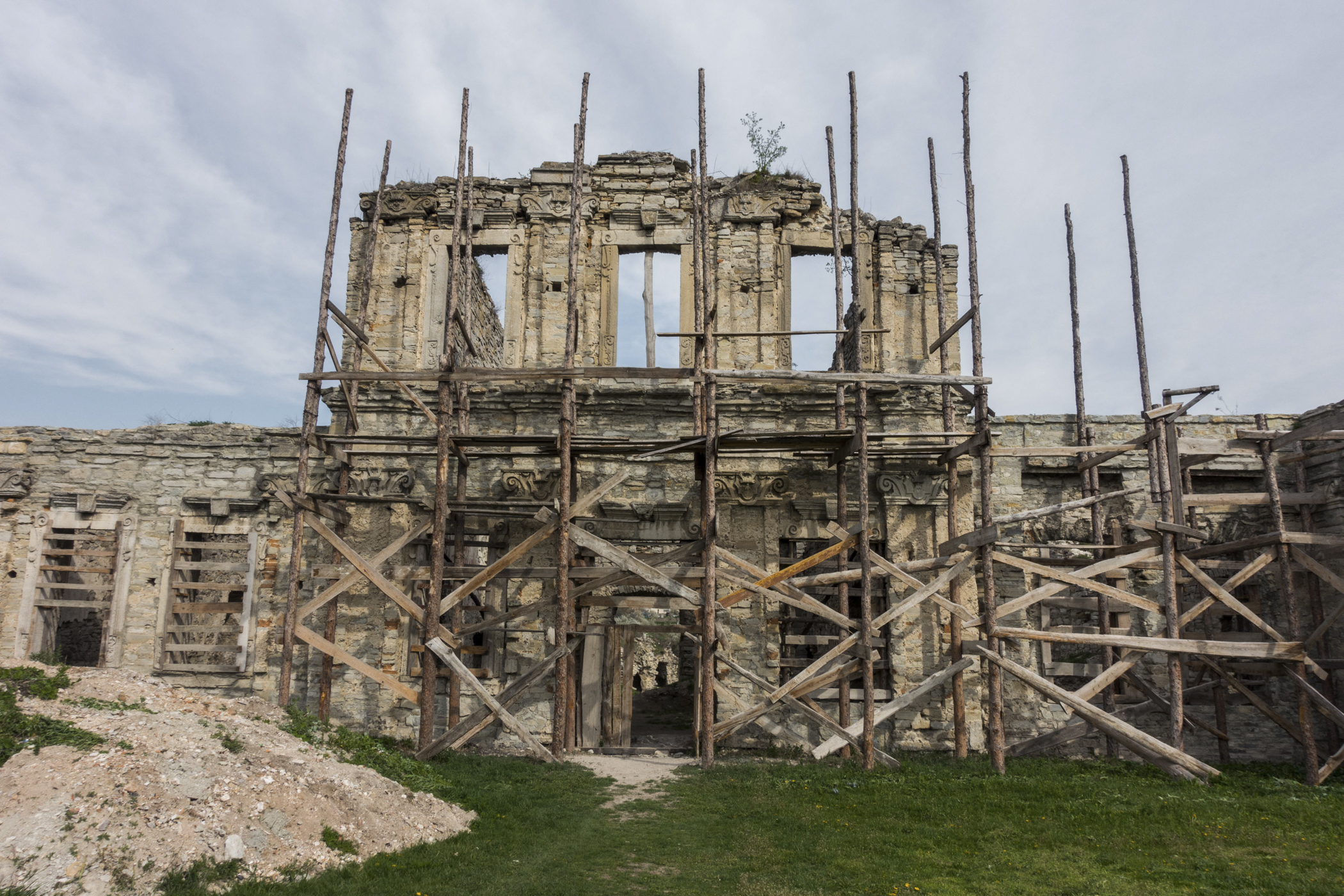 On the way to Lviv, we stopped in Skala-Podilska to explore a beautiful ruined castle dominating the Zbruch River. 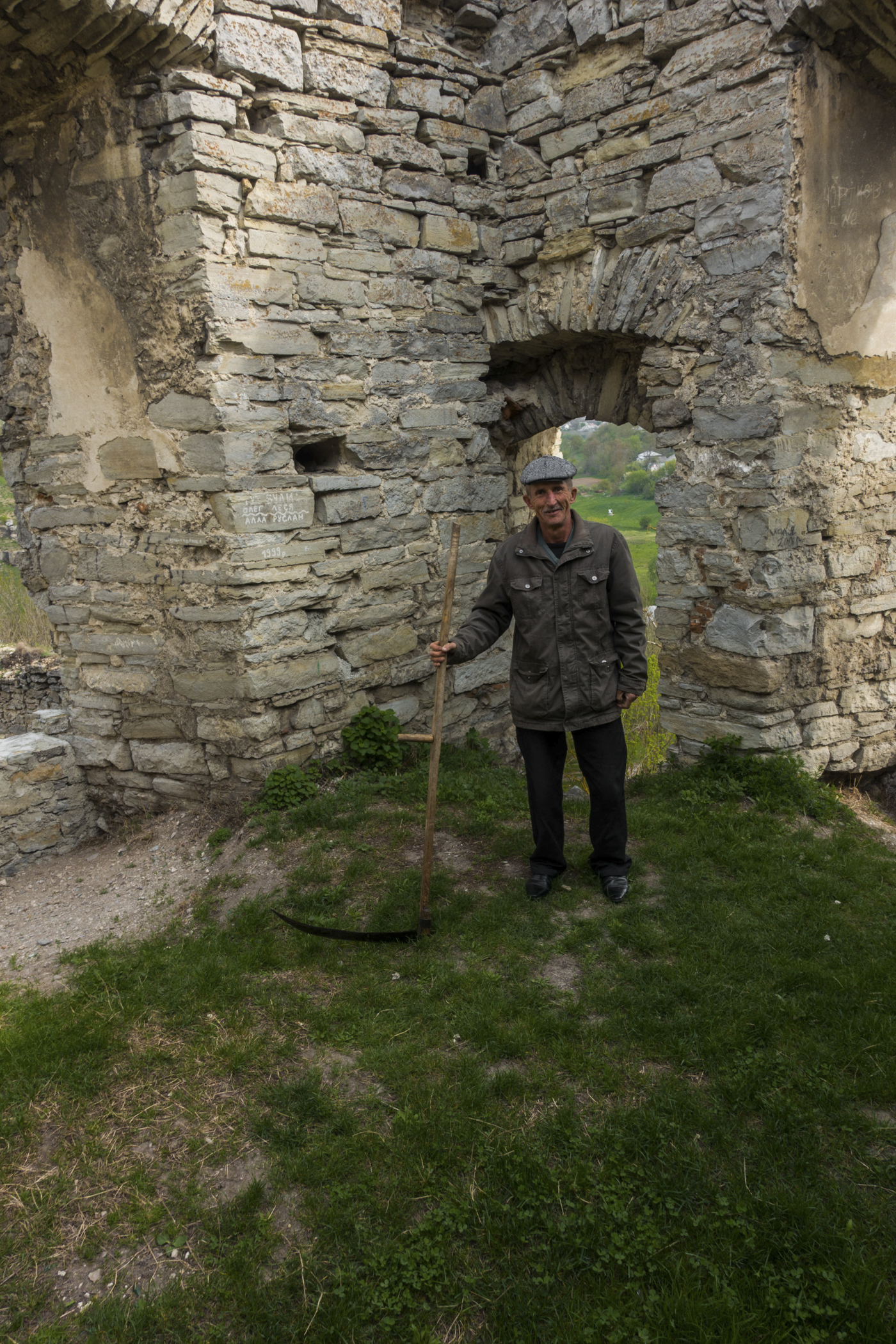 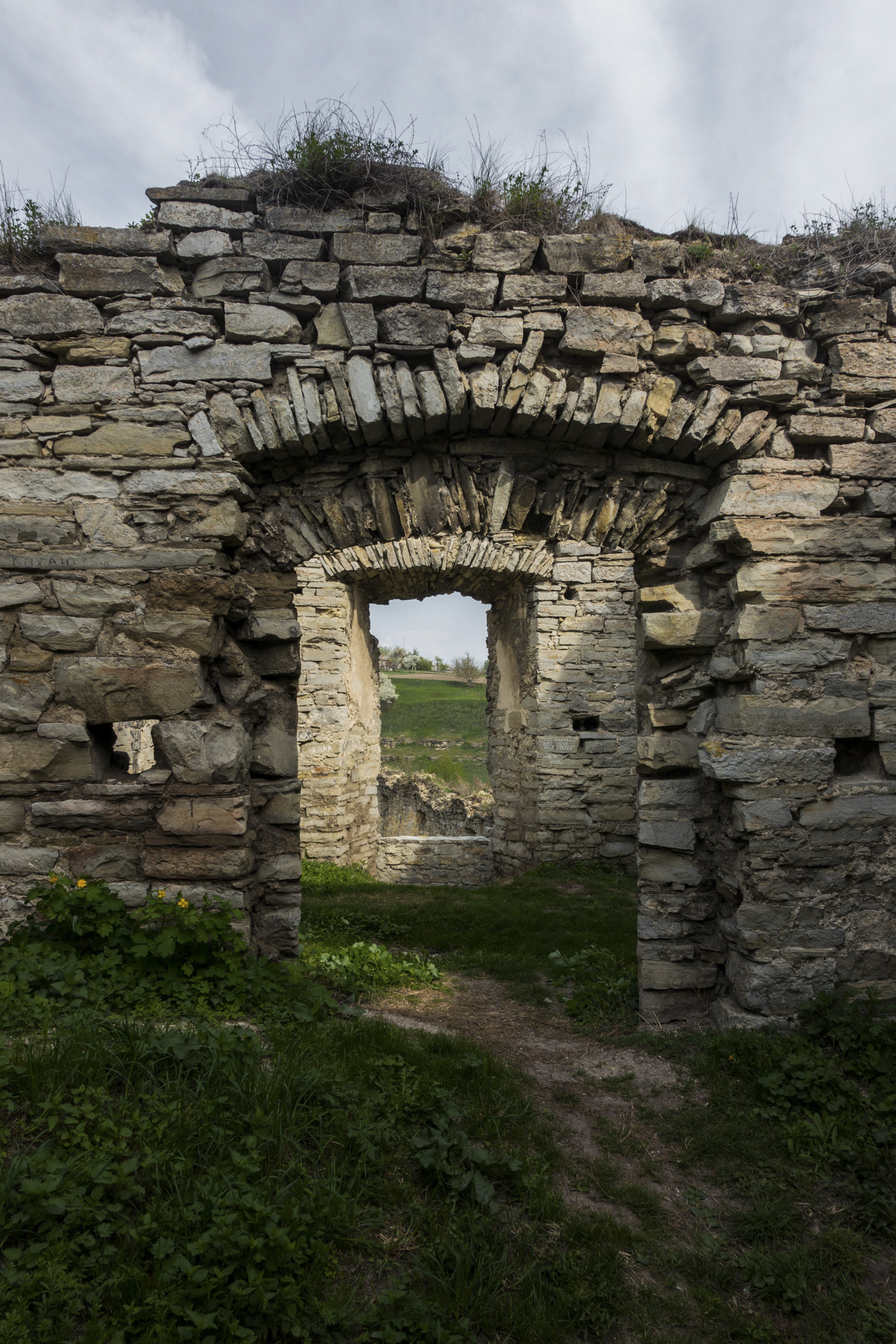 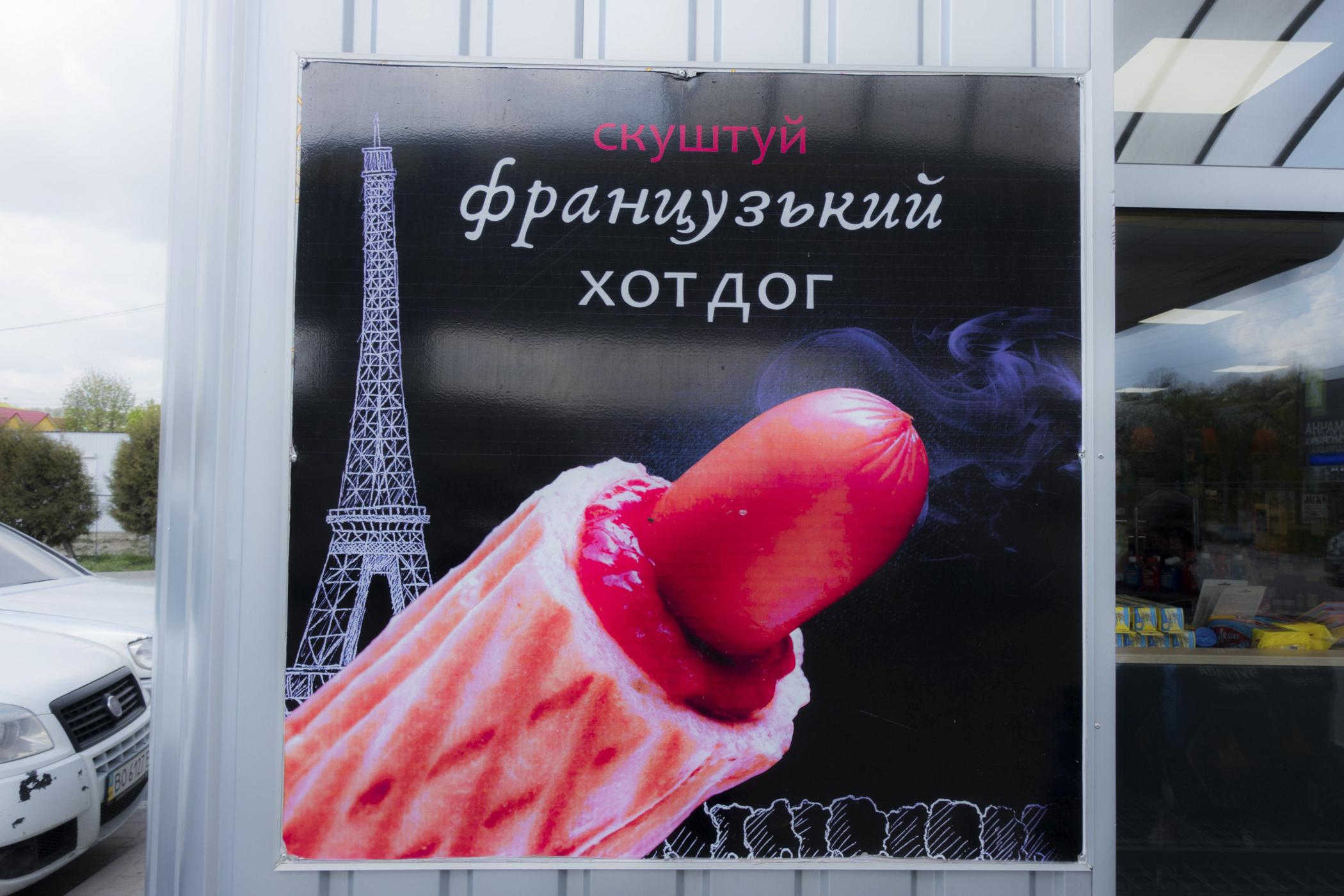 On the way out of town, we stopped for gasoline. I will say that Ukranian “French” hotdog buns are the best I’ve ever tasted, far better than the little Wonder Bready things we have in the US. They looked better than this advertisement. 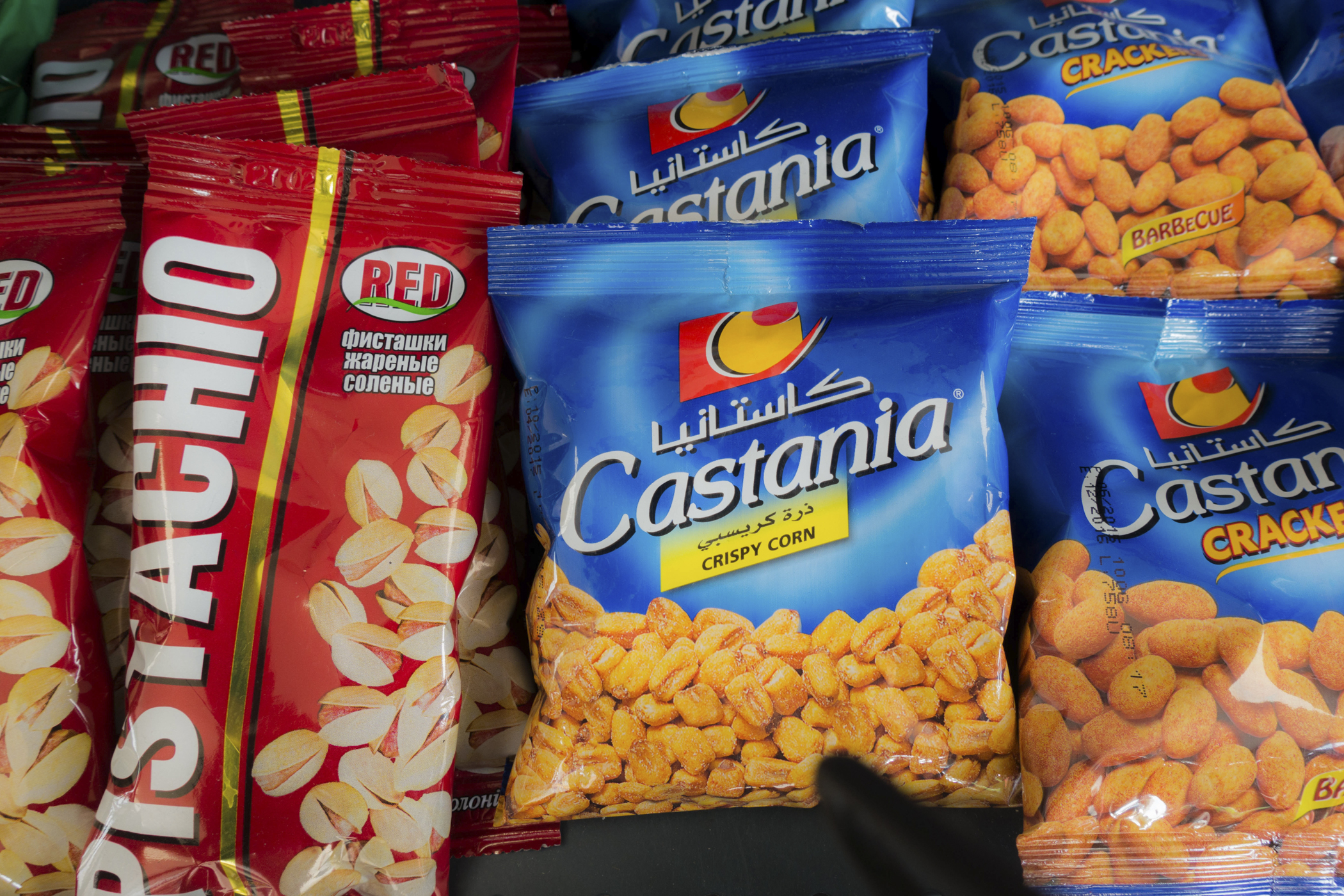 They even had an exotic version of Korn Nuts. Ours are better but not so exotically packaged. 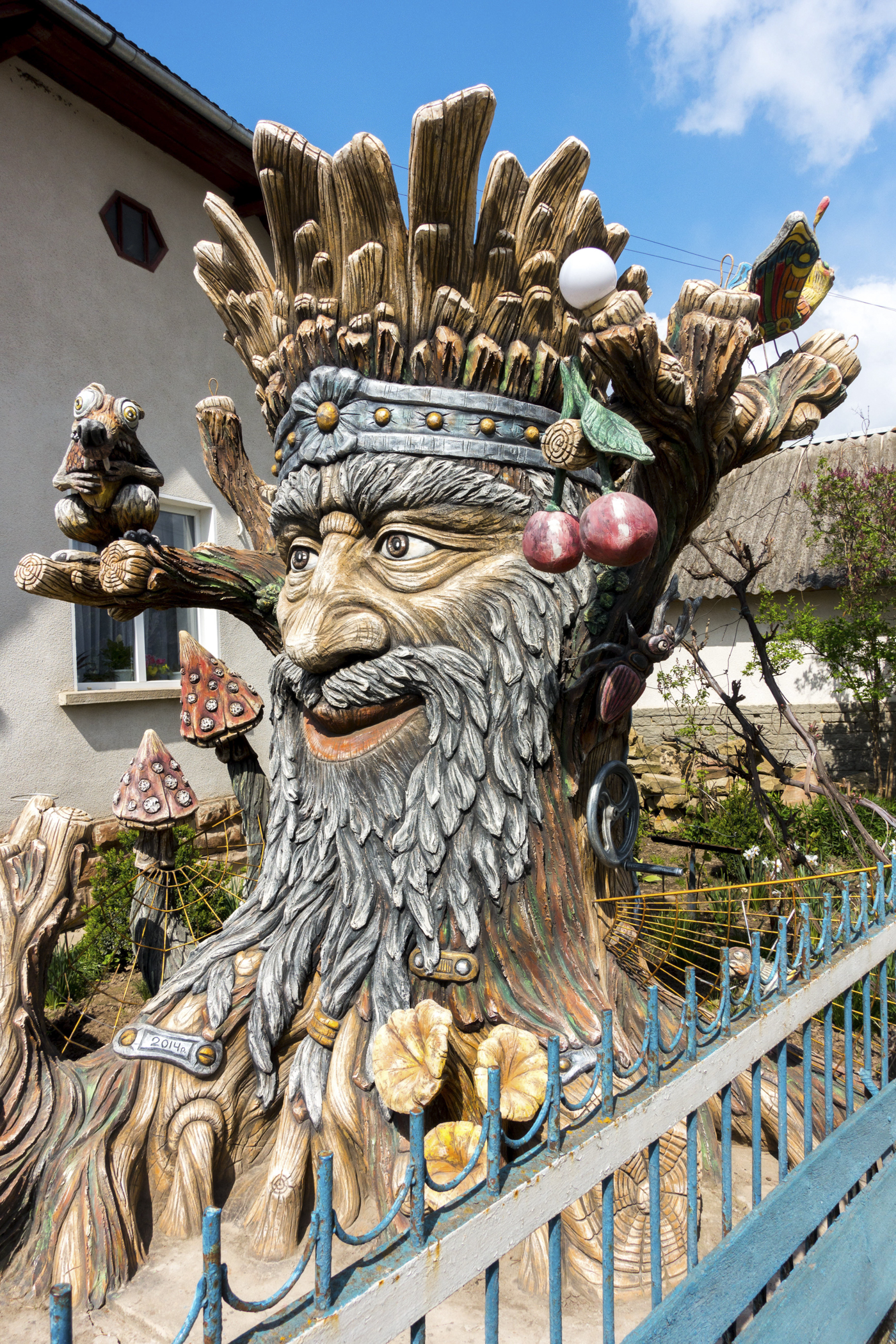 Many of the houses that we saw in country towns in Ukraine had wells in their front yards. Many of them had clever designs. This was the craziest one we saw. You can see the opening into the well on the back. 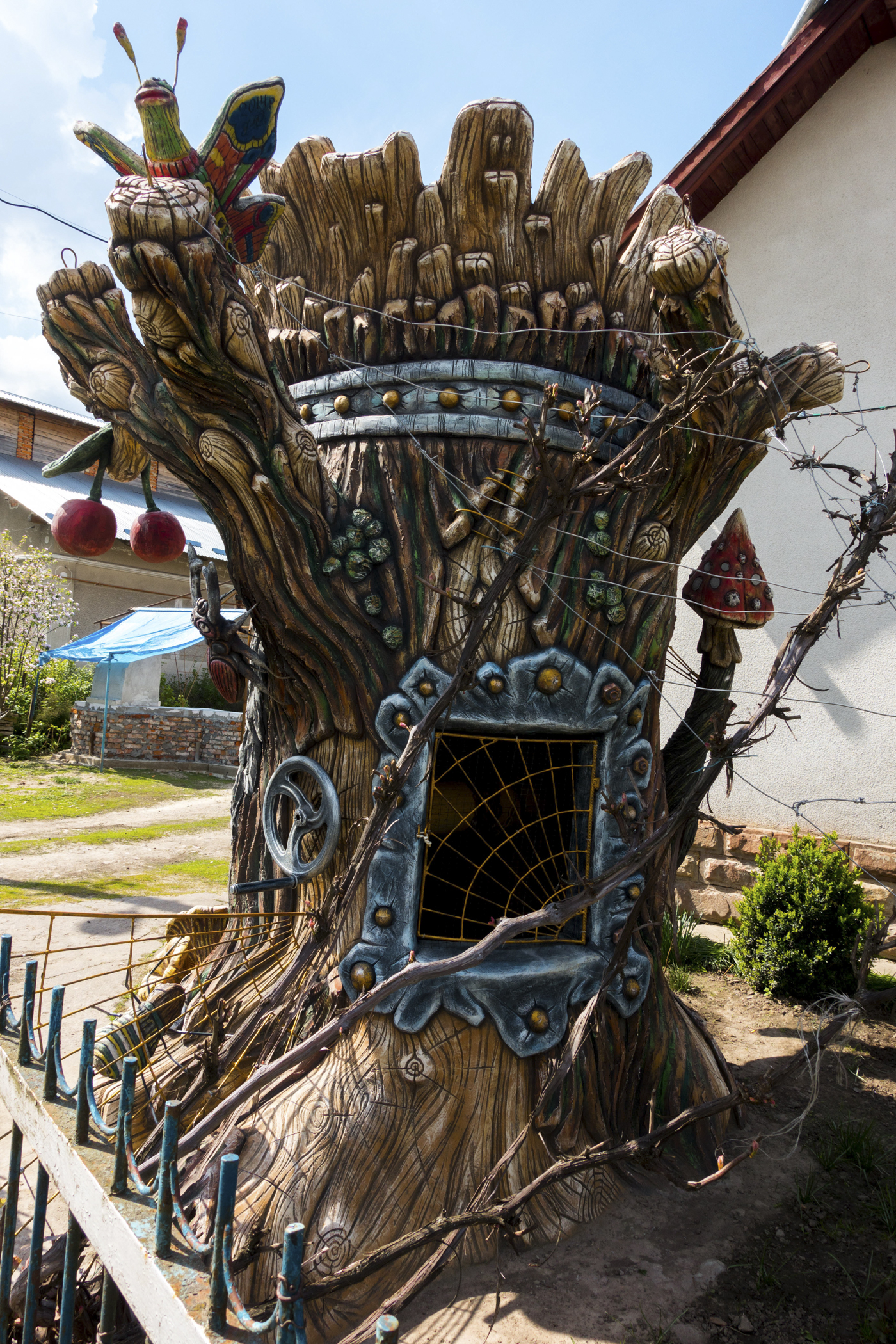 Arrival in Lviv and Beer 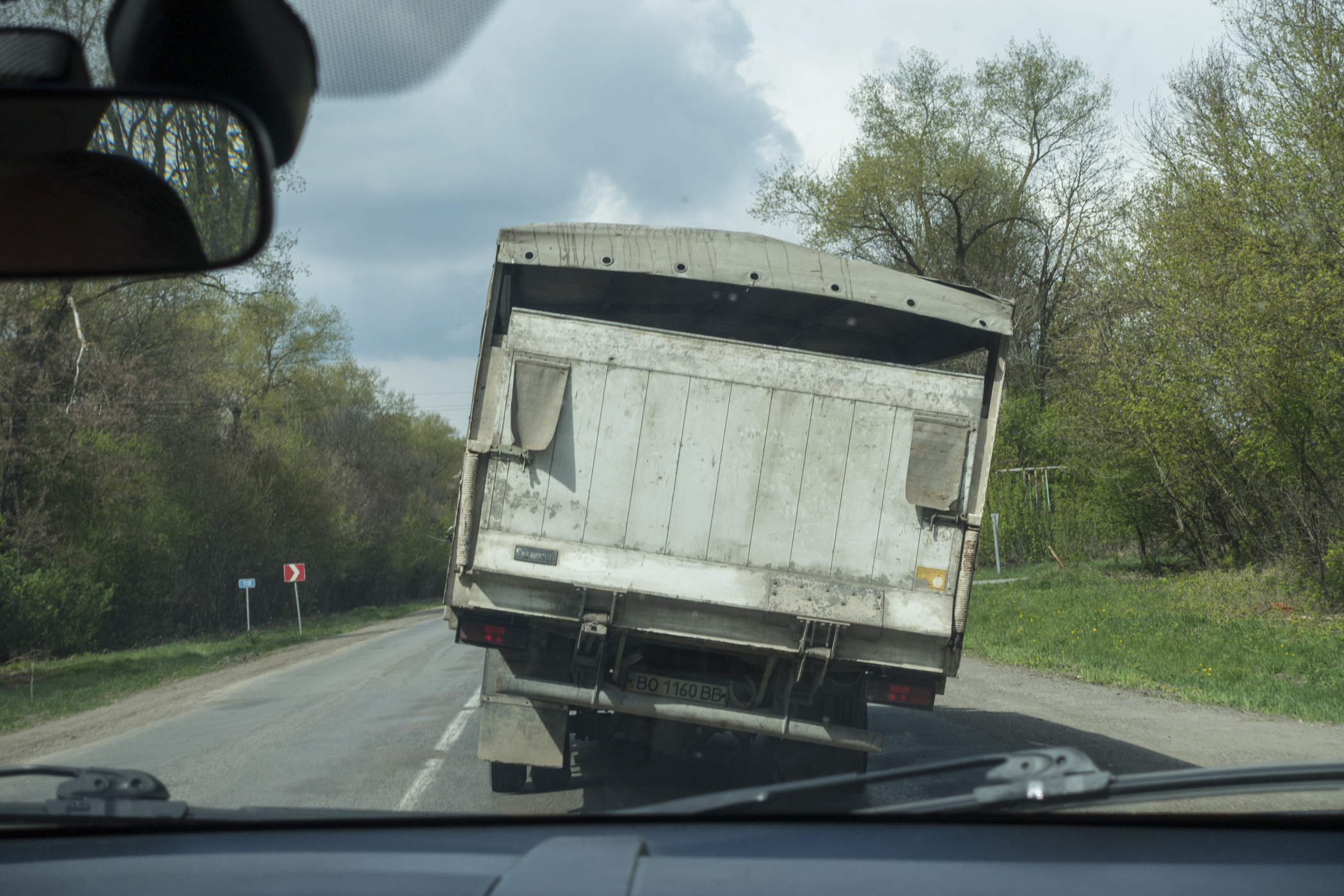 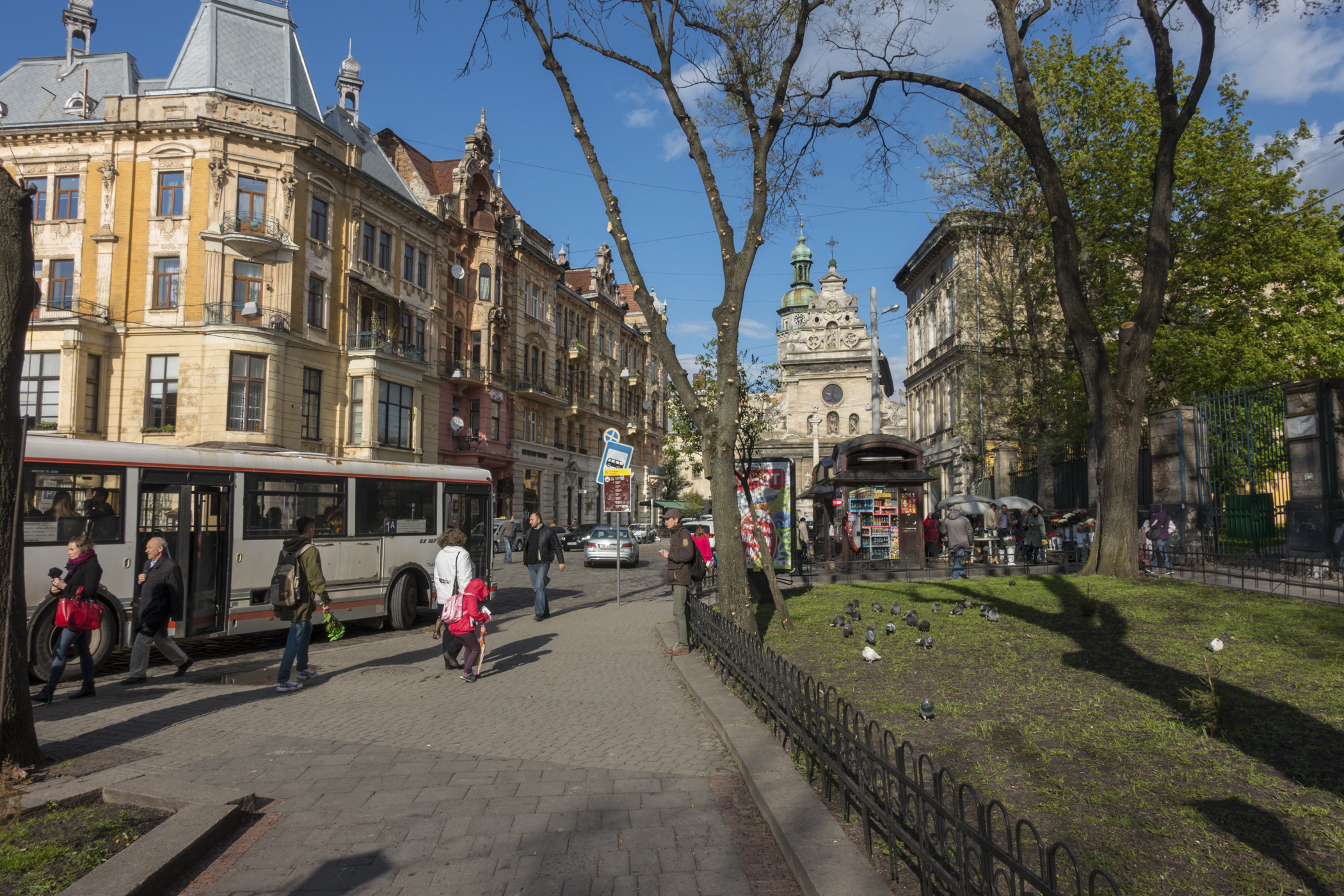 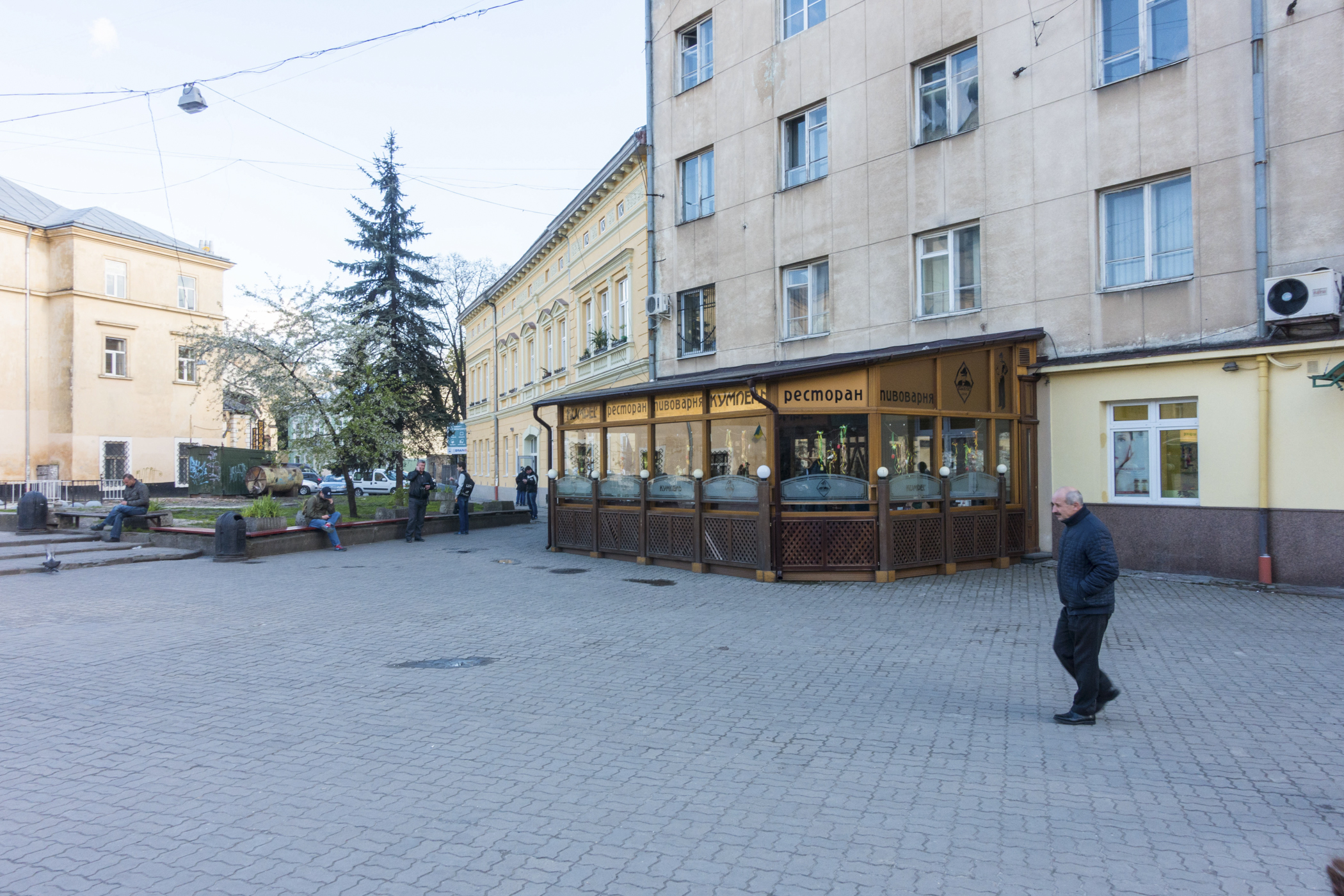 This place advertised craft beer. Unfortunately it was pretty ordinary.