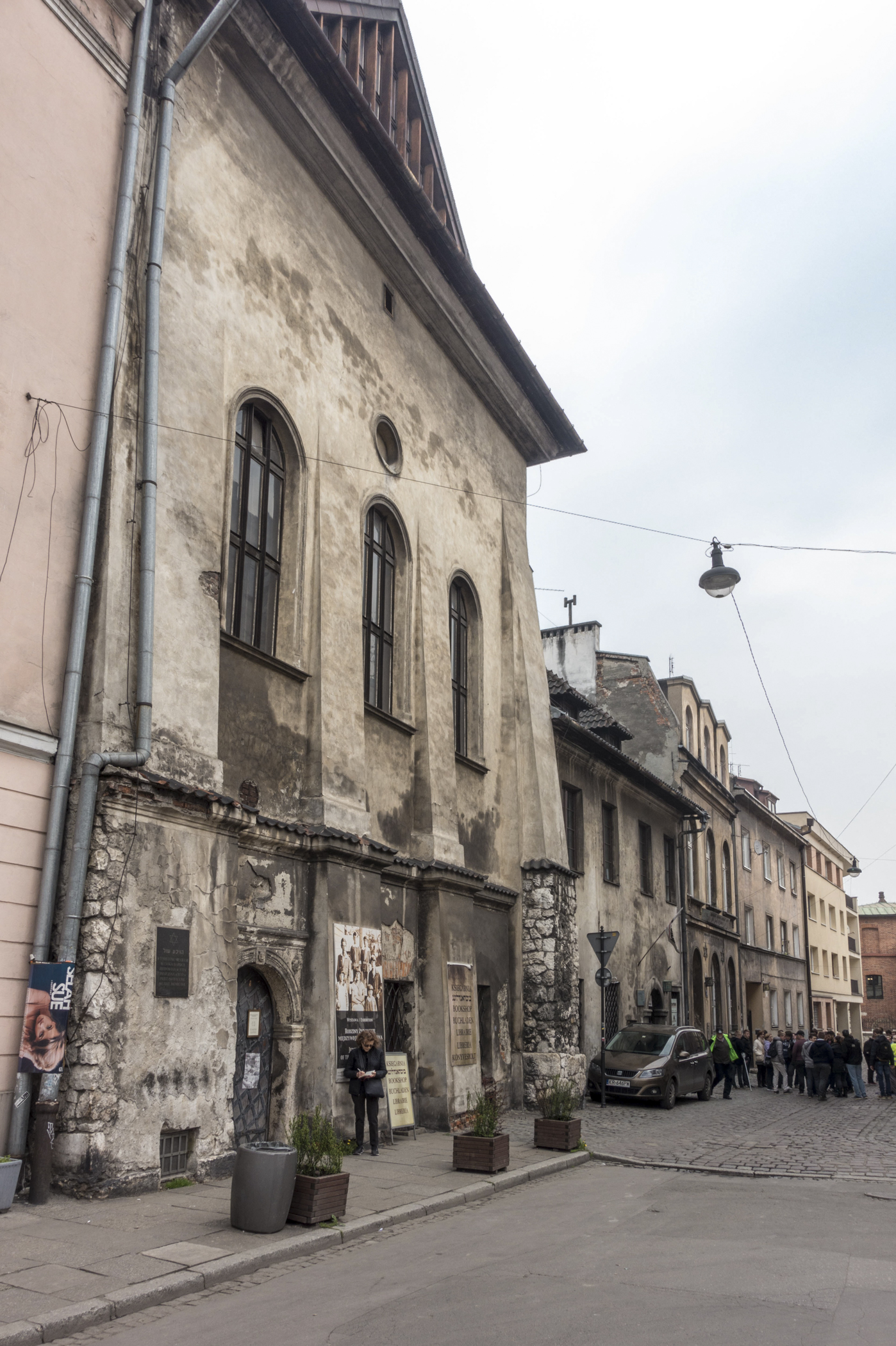 Iris takes notes before entering an amazing bookstore in a former synagogue. 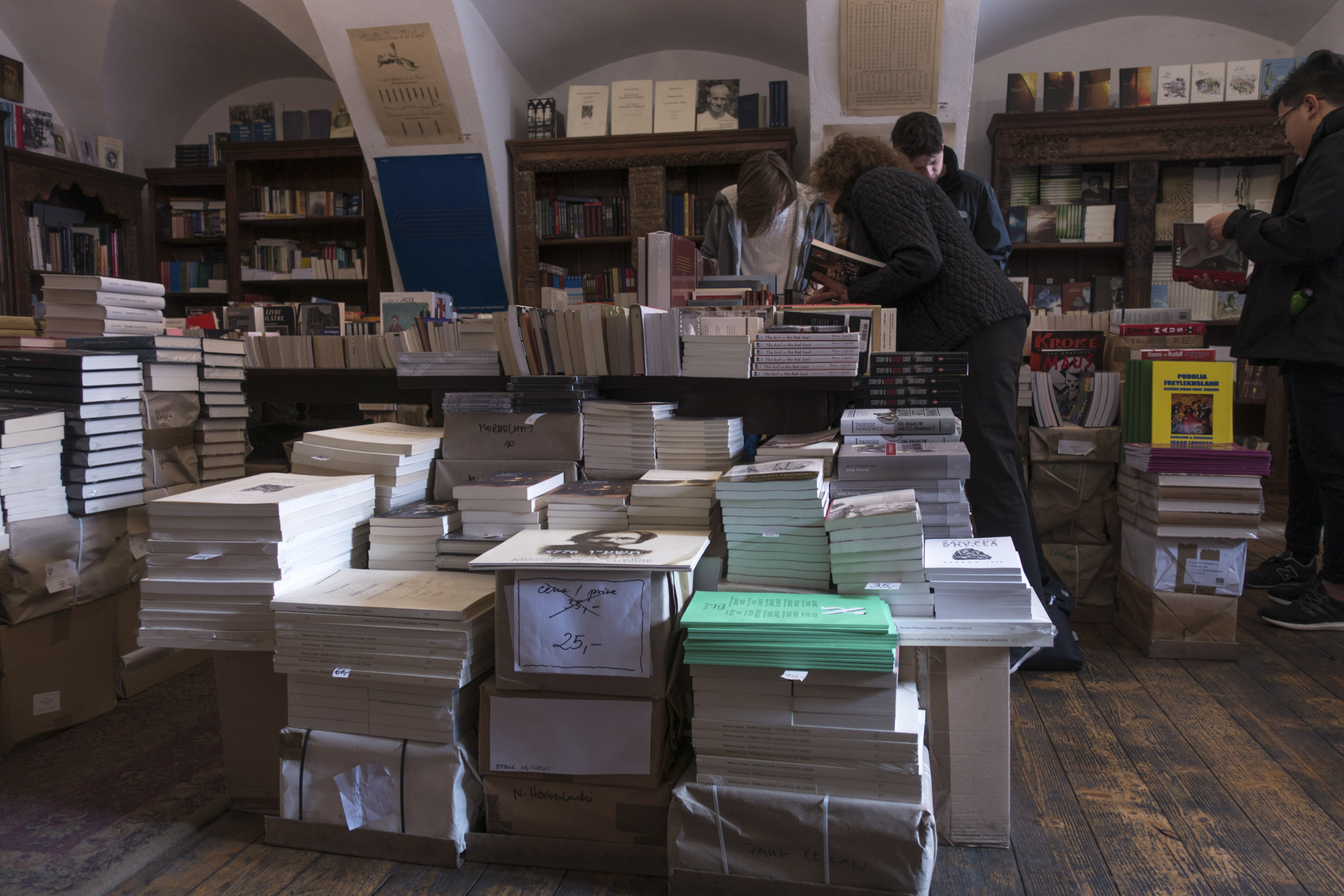 Kazimierz is a town with a very complex history. Originally an island, it is now connected intimately to Kraków. Most of the Jews of Kraków were relocated there at one time or another, but it was never a purely Jewish town.

Although there were few Jews in the area after WWII, the area has undergone a Jewish revival. Schindler’s List was filmed here, for example. 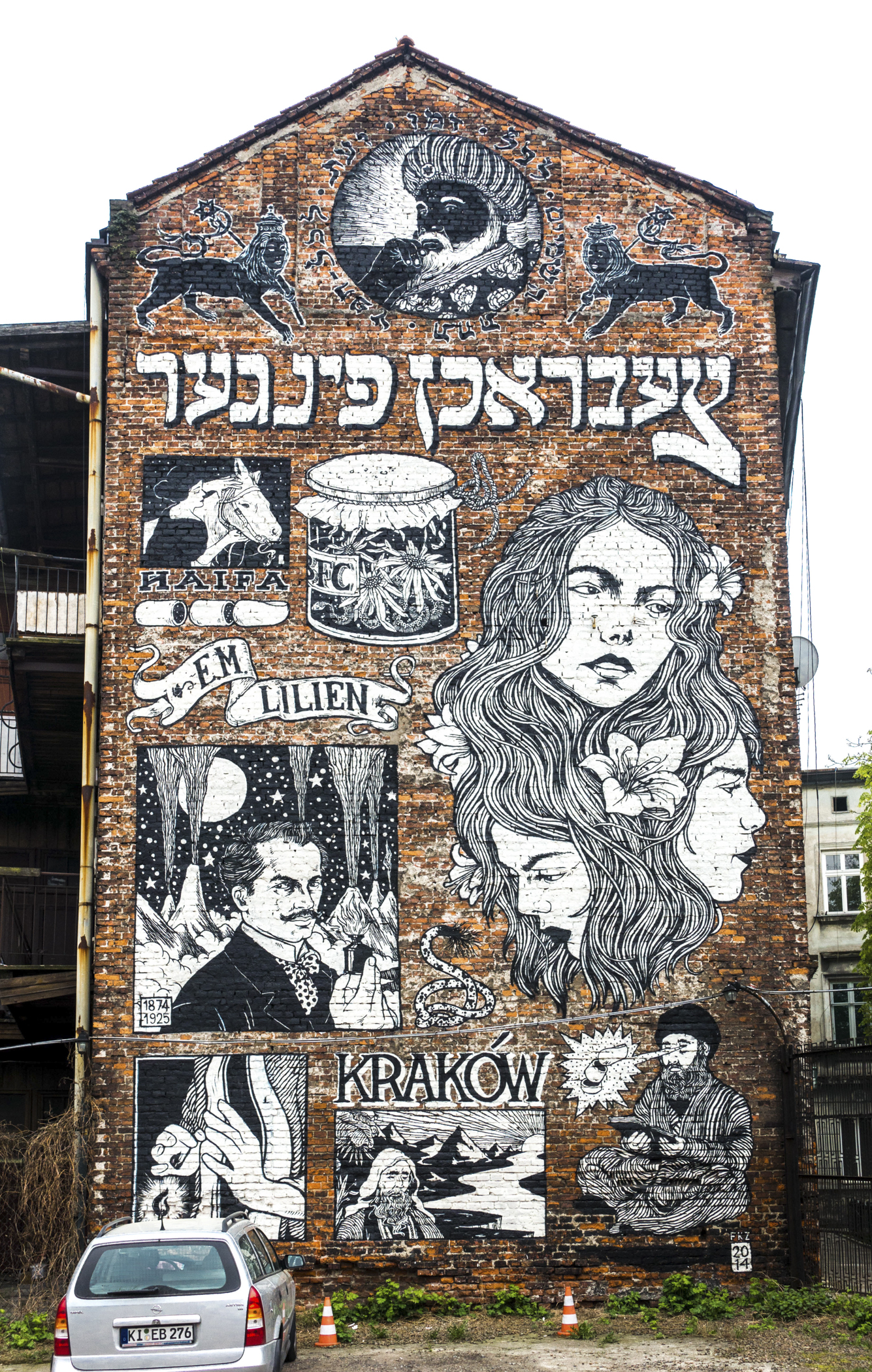 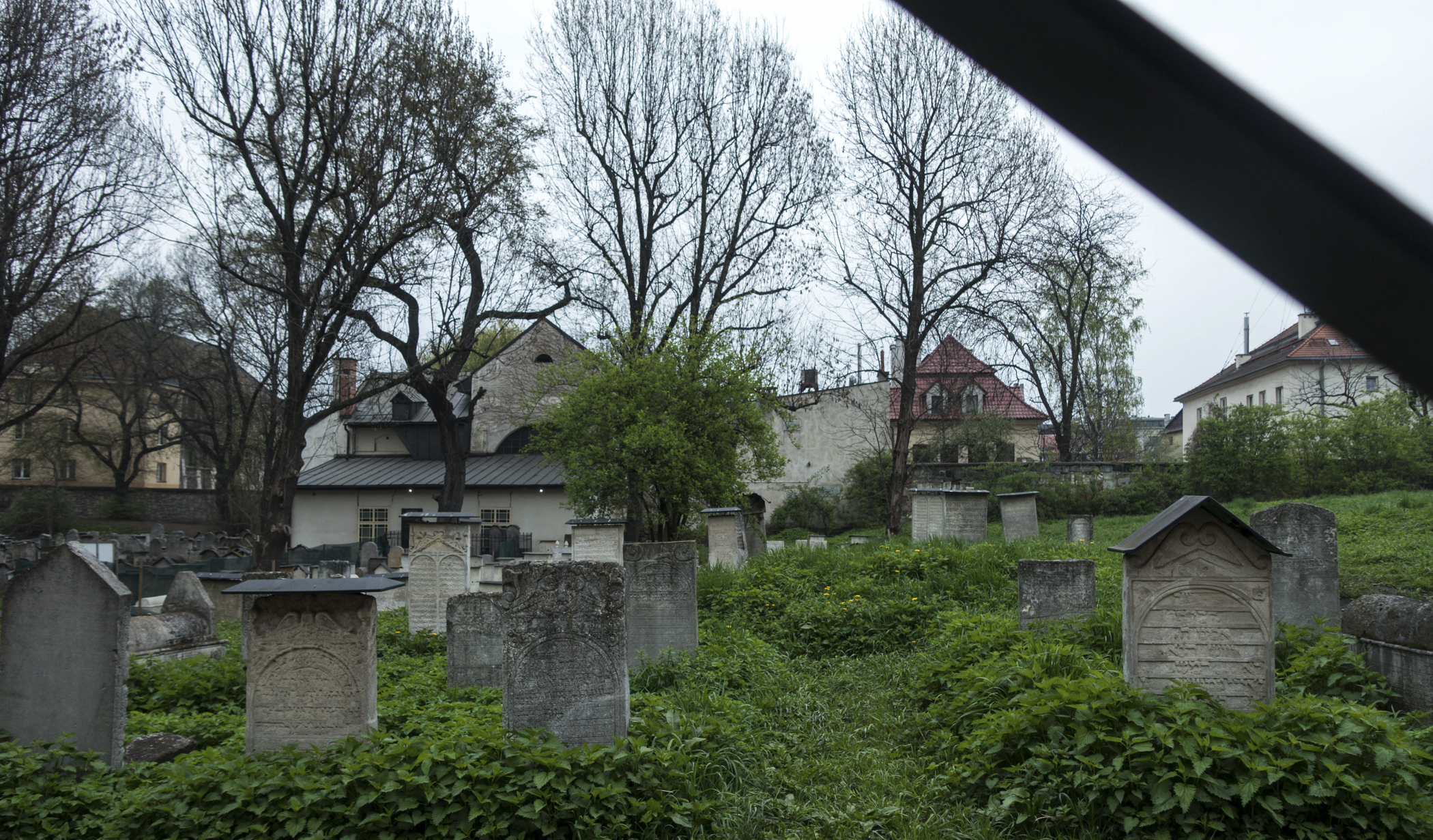 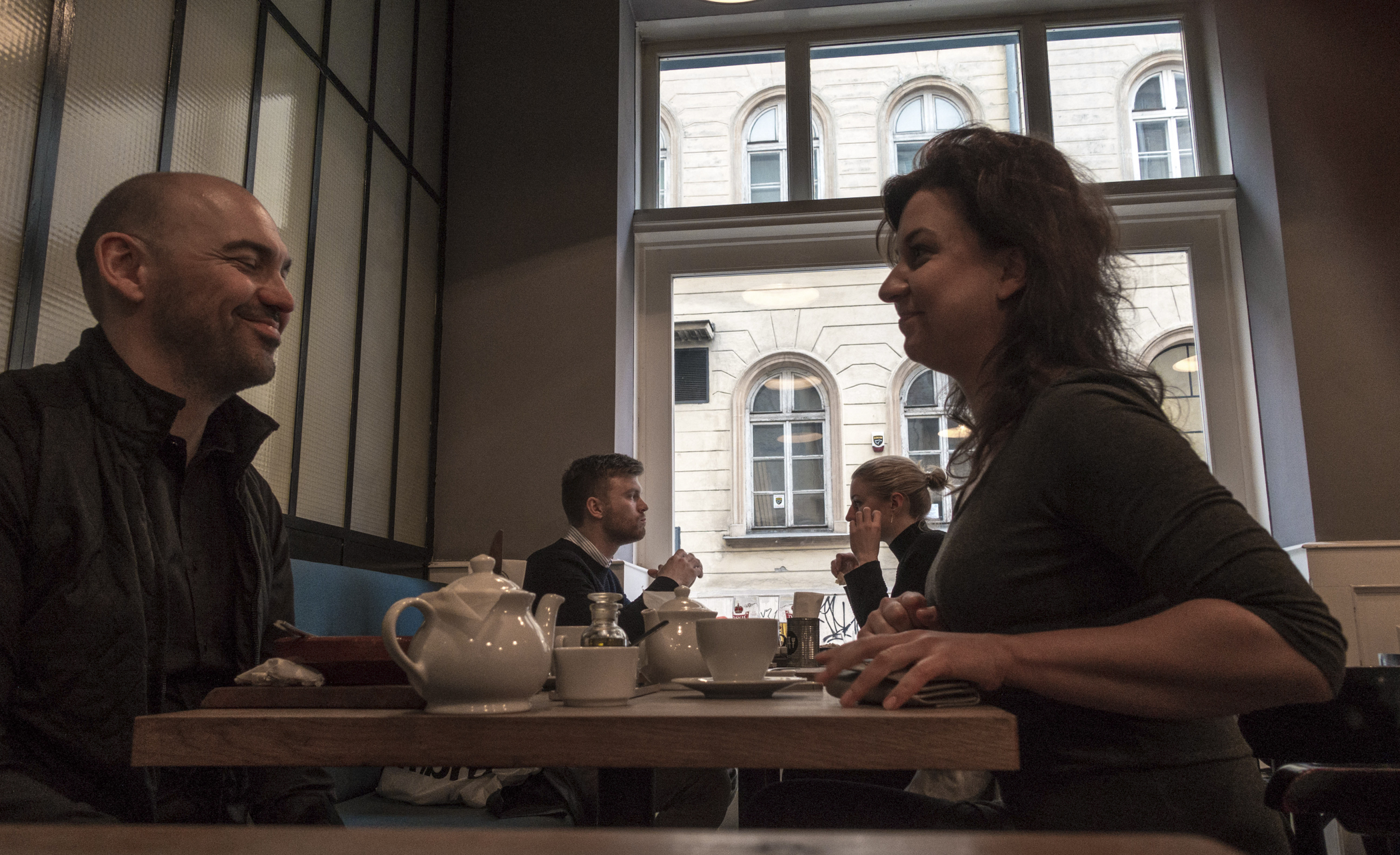 People we met told us to go to this semi-hippy place for good food. They were correct. 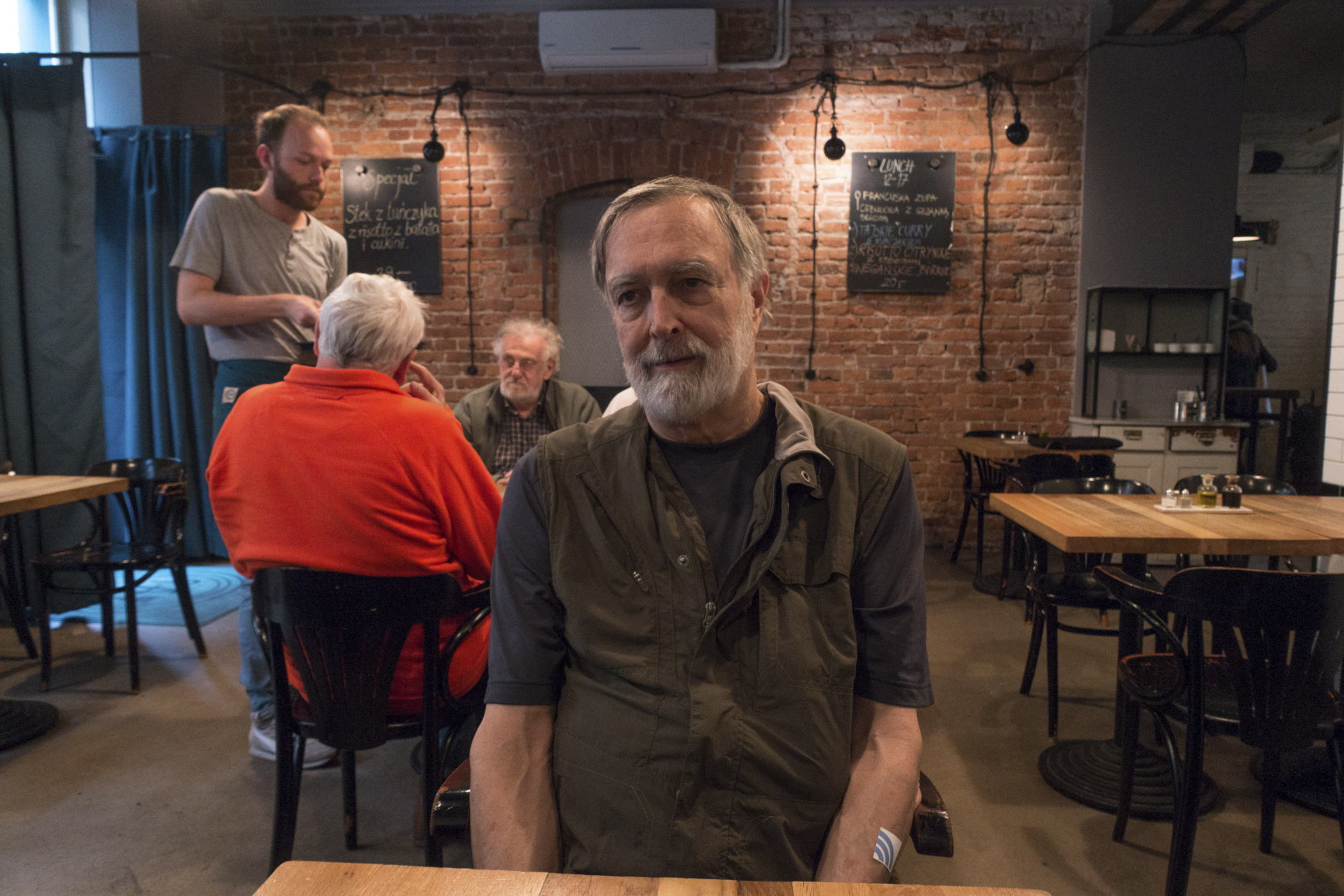 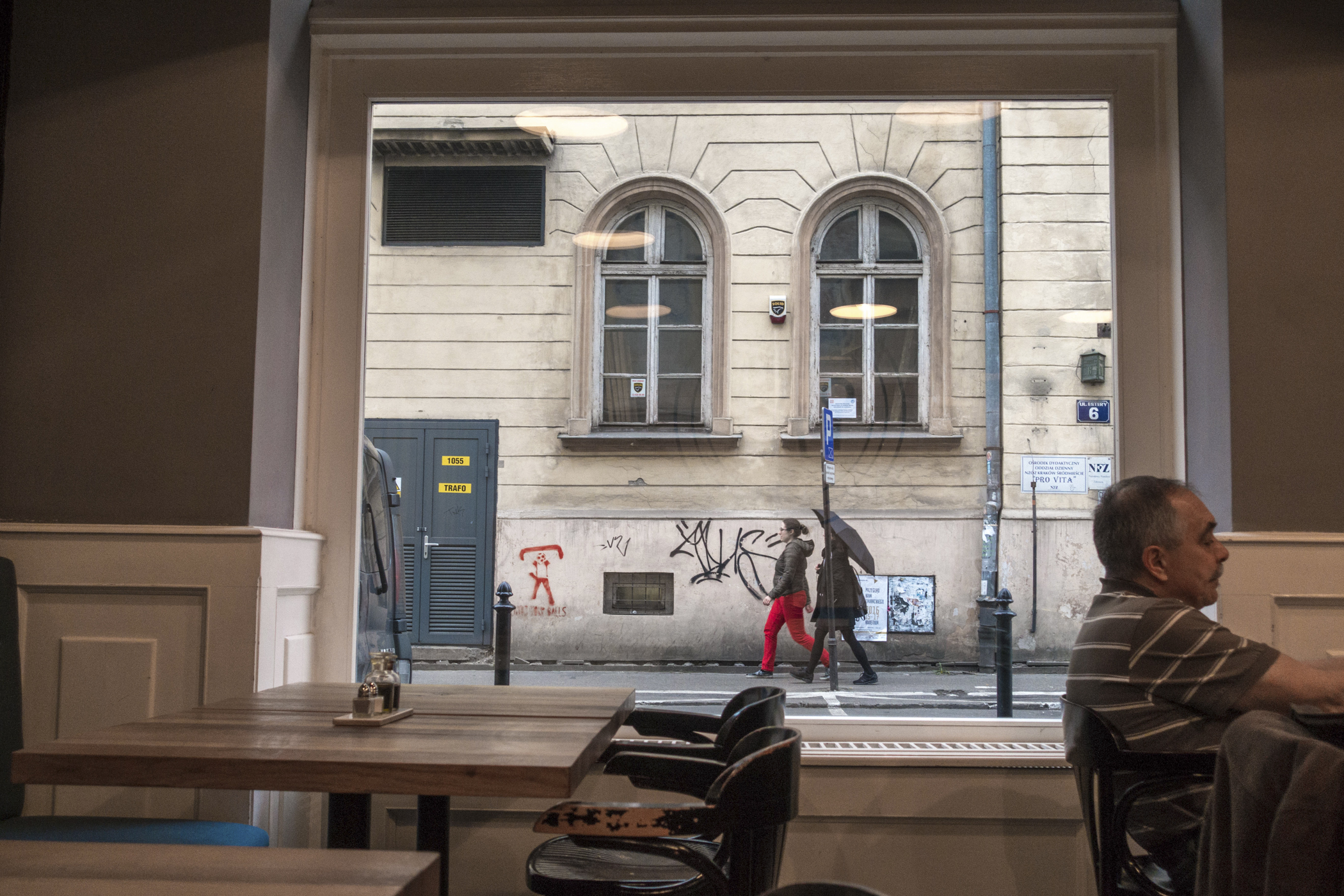 The area is not large. We walked from Kazimierz to Kraków. 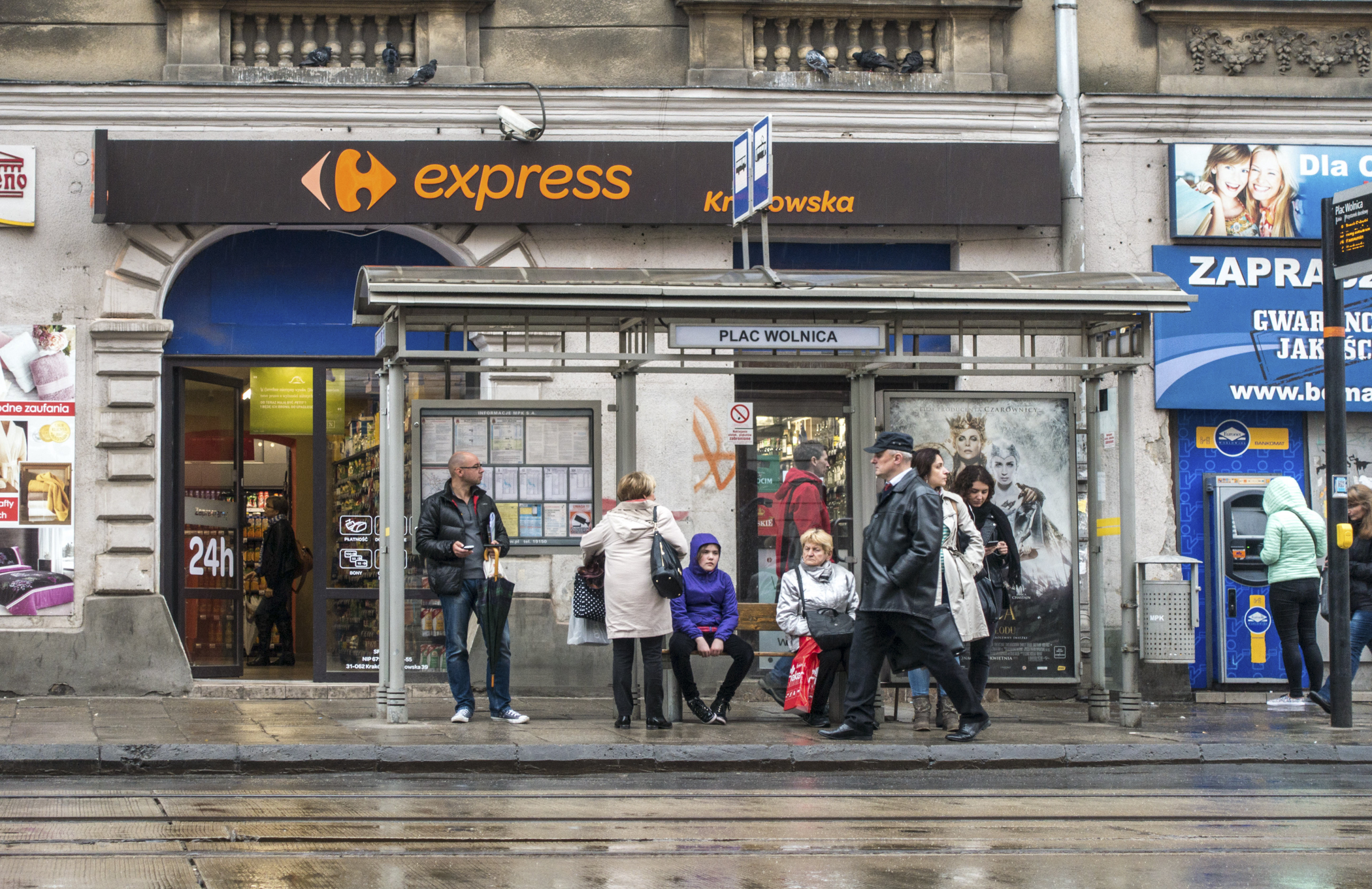 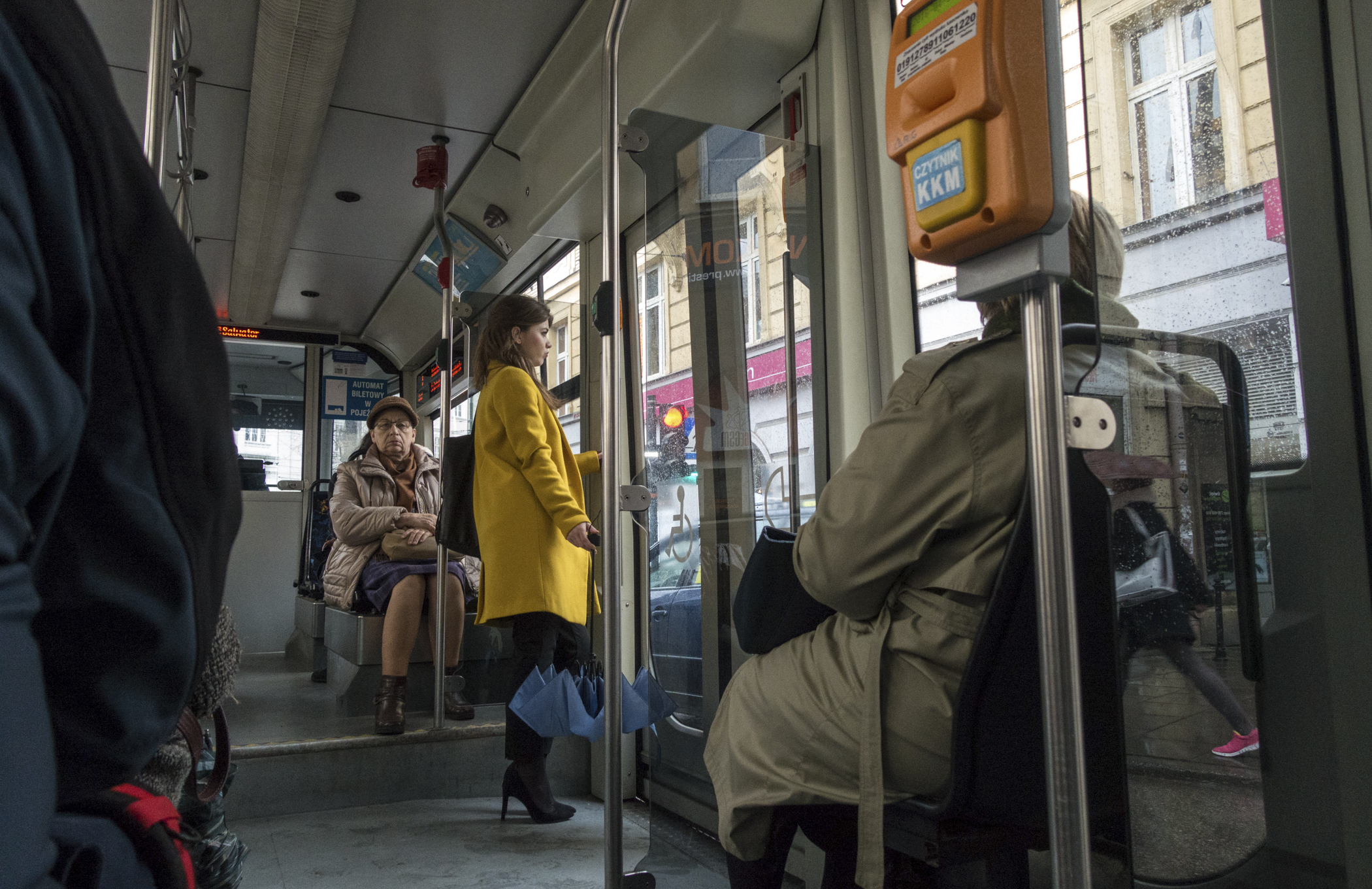 At some point we took a tram. I love that grumpy woman staring me down. 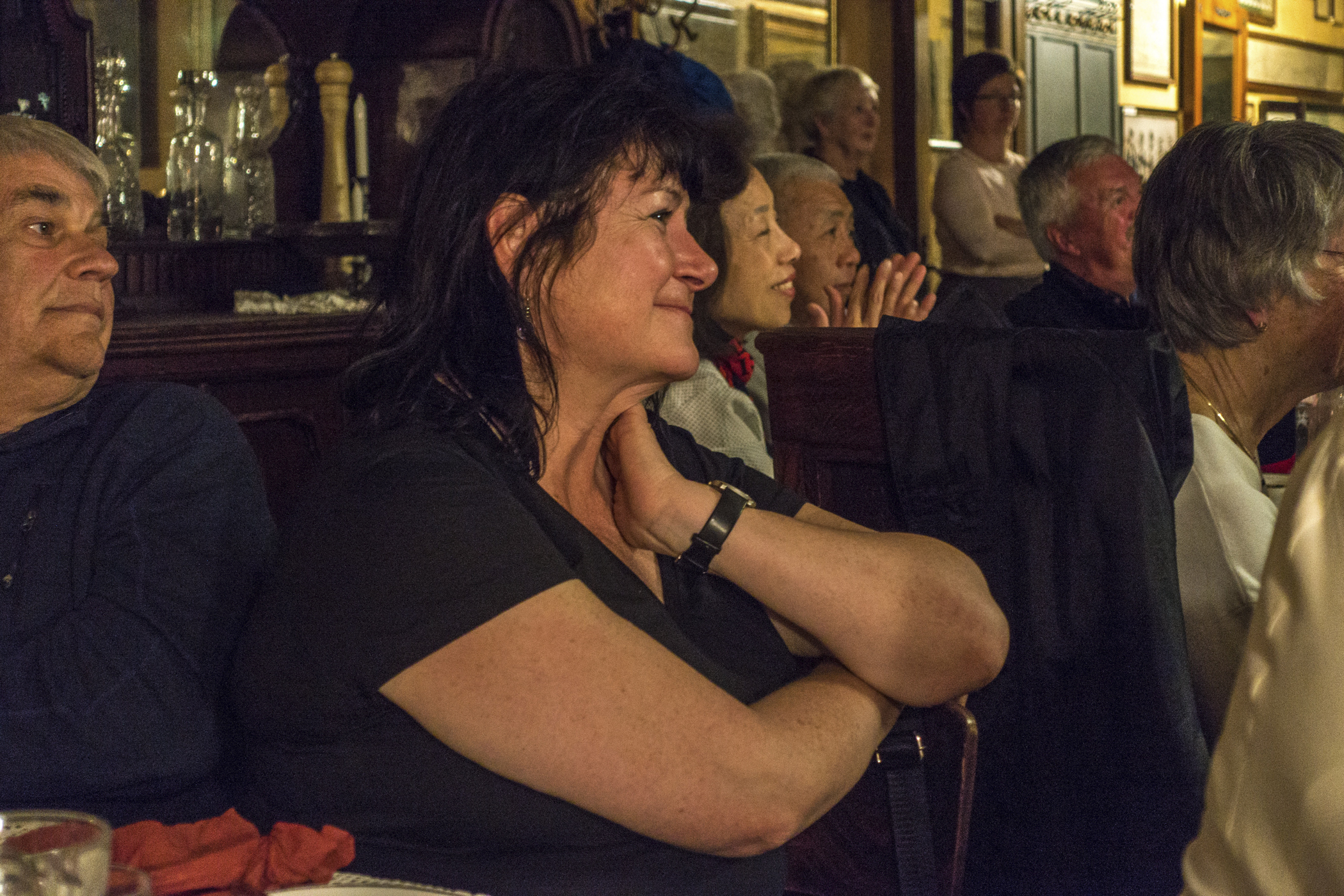 Roadscholar had a good-bye dinner for the group in a Jewish restaurant in Kazimierz. After dinner we heard a Klezmer band with an extraordinary singer. This is Barbara, our wonderful guide, enjoying the music.