I struck up a conversation in Portuguese with some Brazilian women in the breakfast café and learned that they were going to Treblinka that day. Our hotel in Warsaw found us a car and driver. He picked us up at the hotel in his new Mercedes - strange to ride to a concentration camp in such a car.

When we got there we went into the little museum, where we were soon joined by two bus loads of Israeli high school girls. We were able to speak with 3 or 4 who are Americans doing their high school years in Israel.

When we came out of the museum to see Treblinka, we were greeted by this inspiring sight. 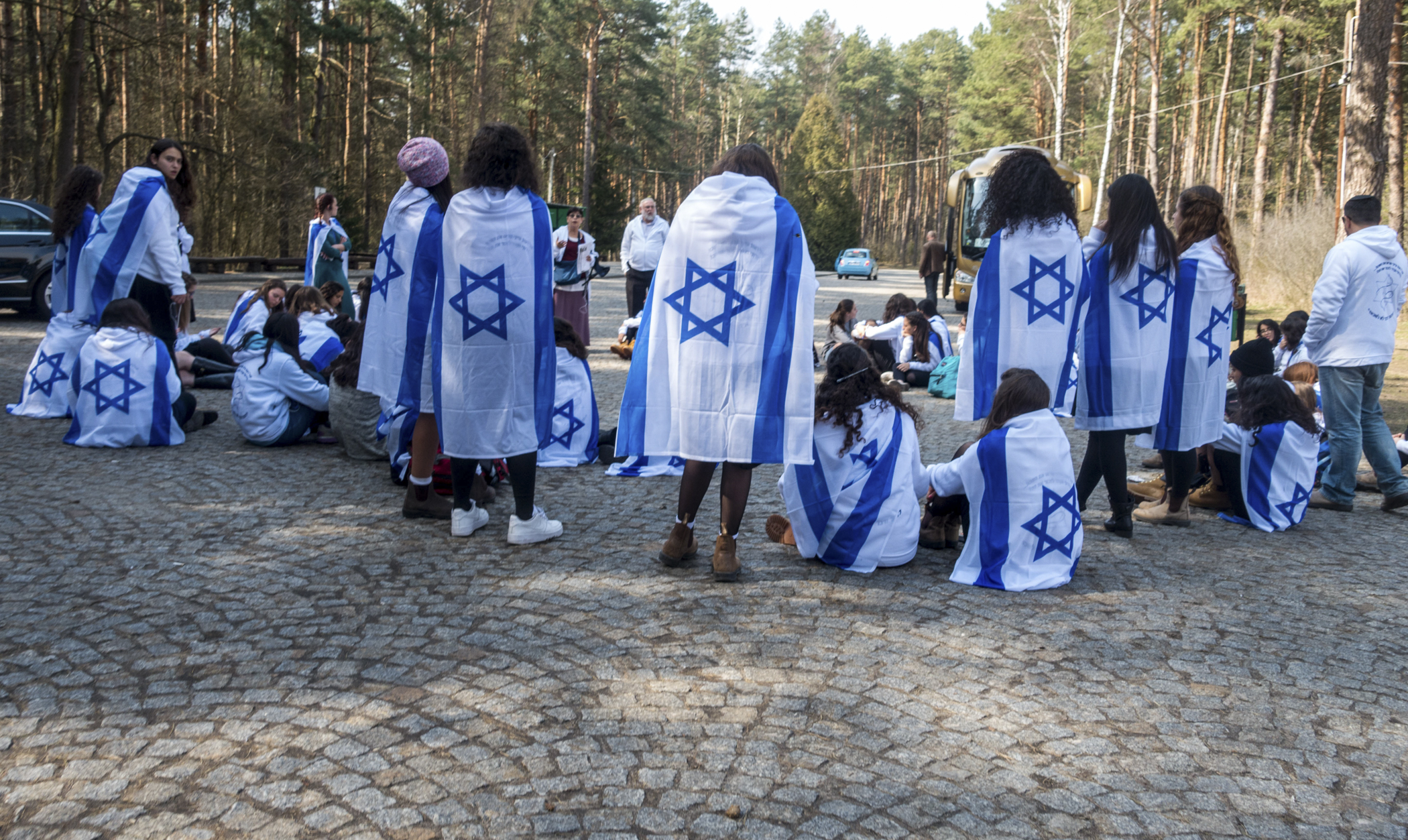 Treblinka was primarily an extermination camp with a relatively small labor camp at the far end. When the Nazis realized that they were losing the war, they tried to destroy Treblinka and many other camps. As a result, we walked a couple of kilometers through peaceful forest to the site of the quarry and labor camp. 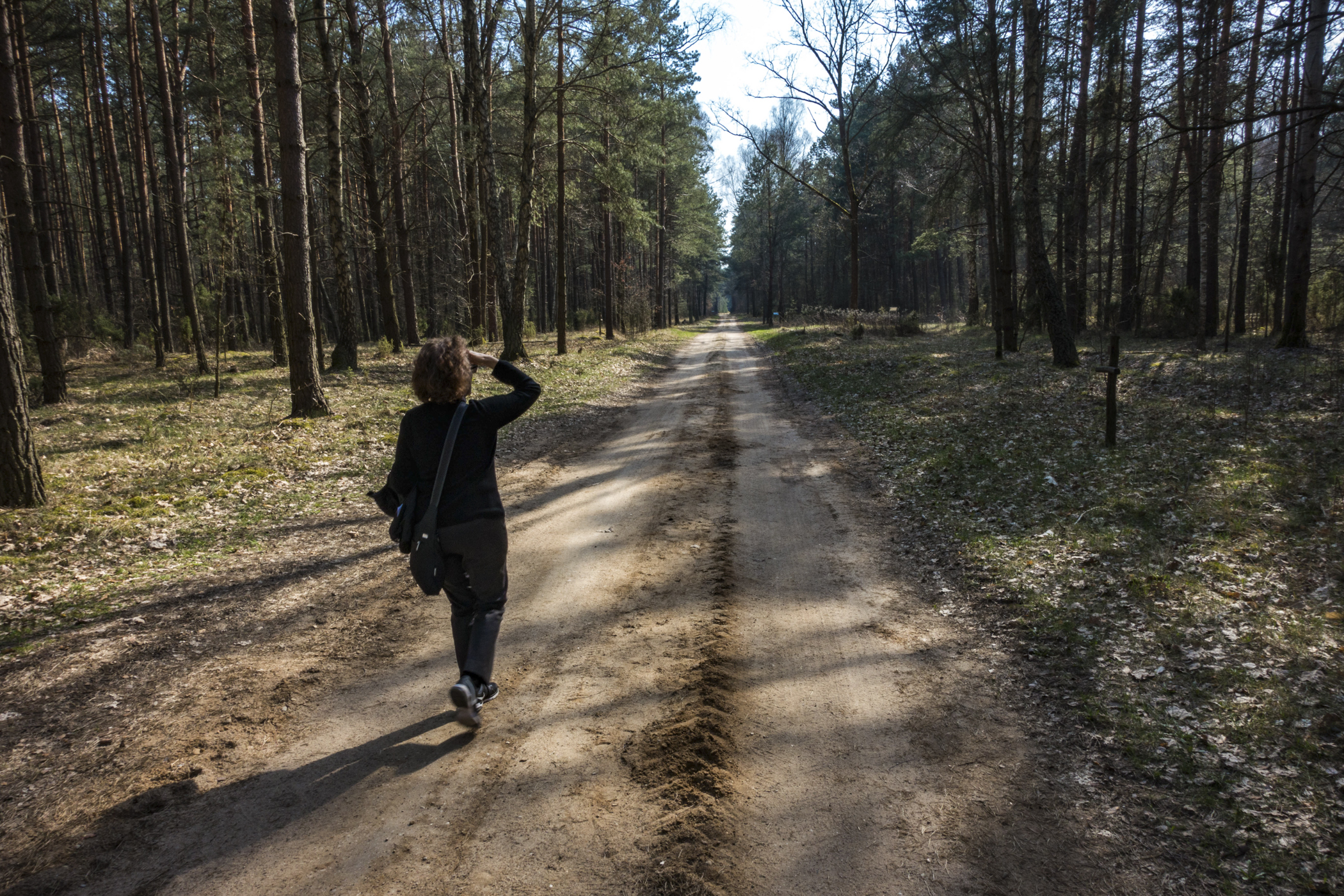 Workers lived in buildings in this area. The Nazis failed to destroy the concrete foundations so we could still see the extent of the area. 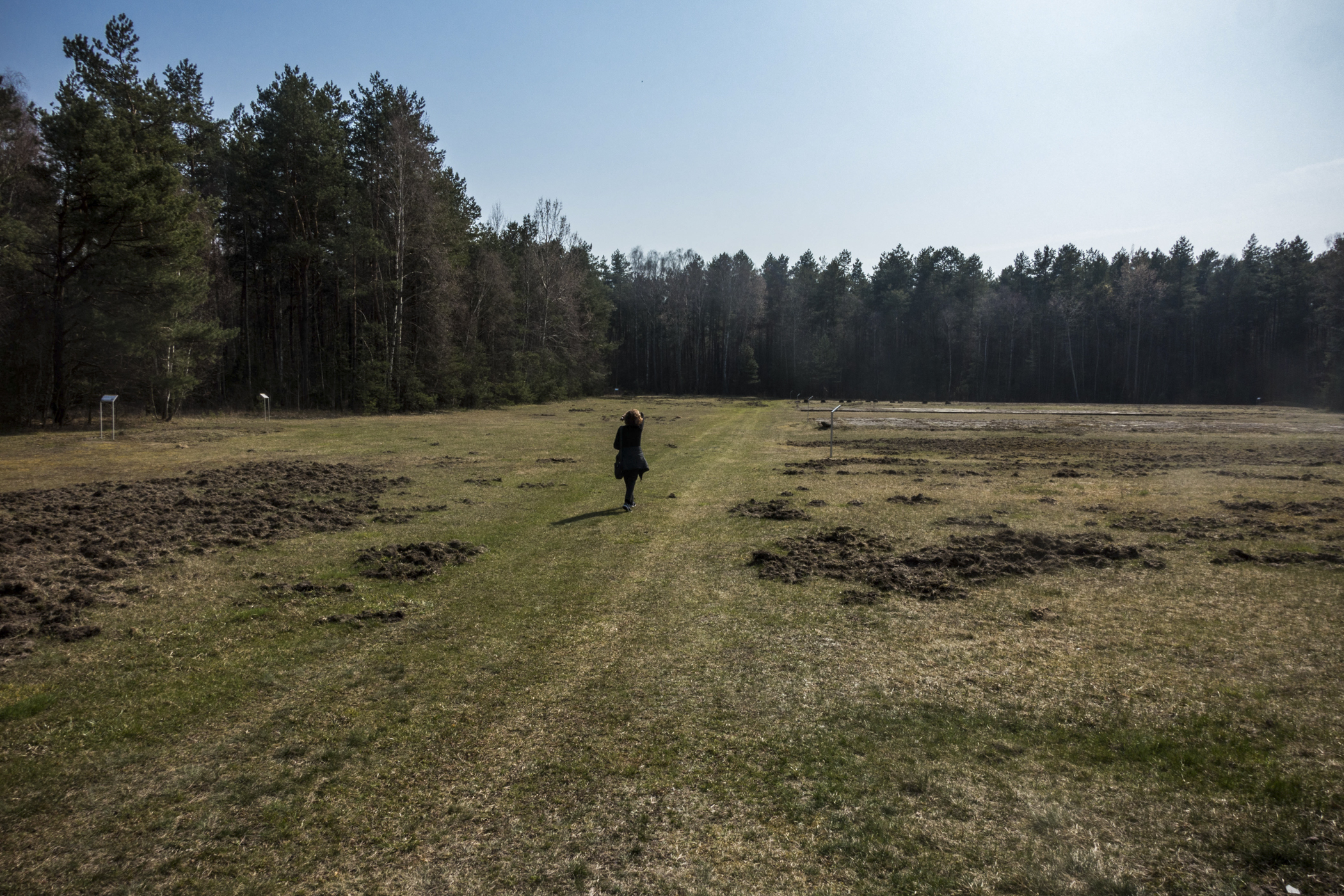 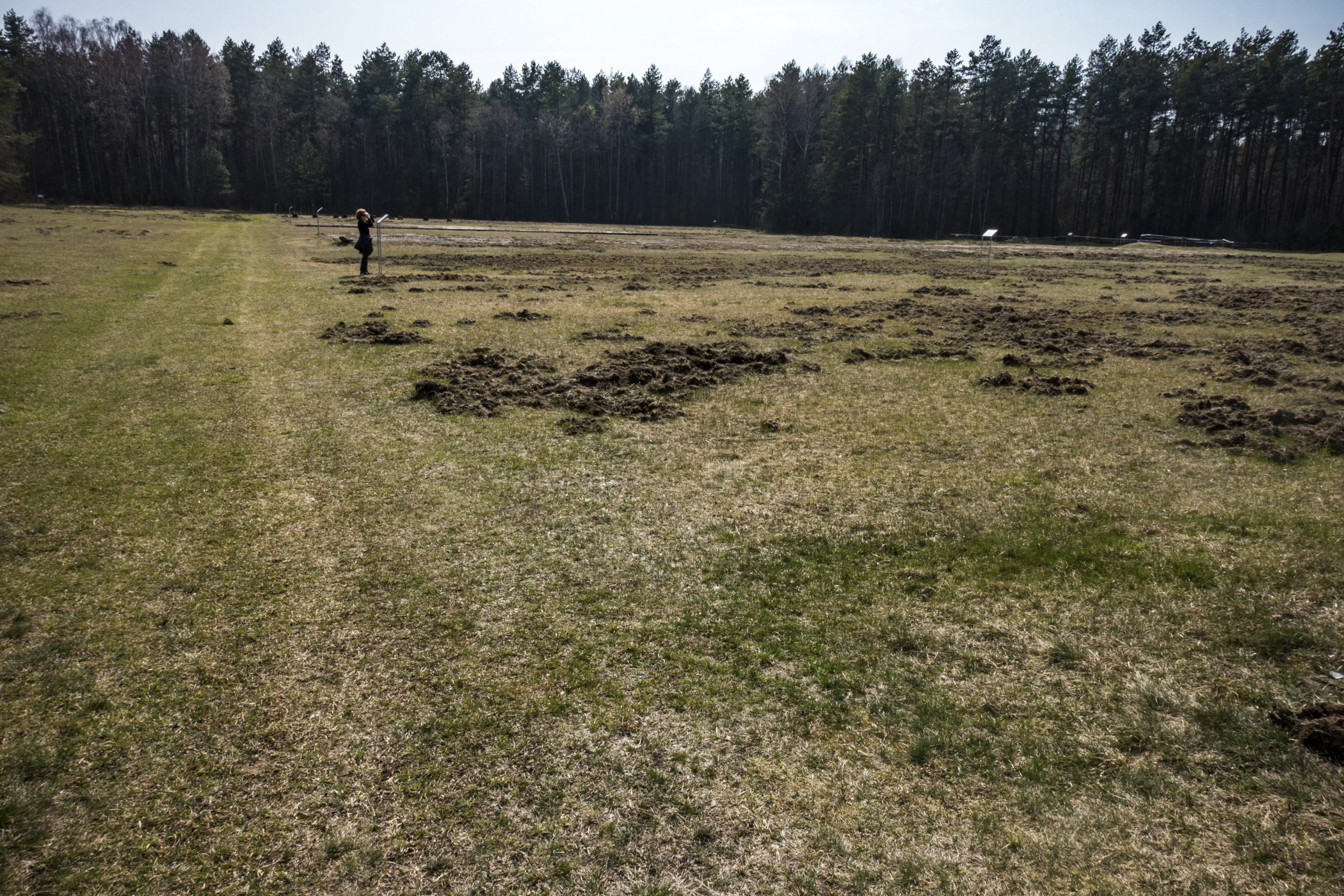 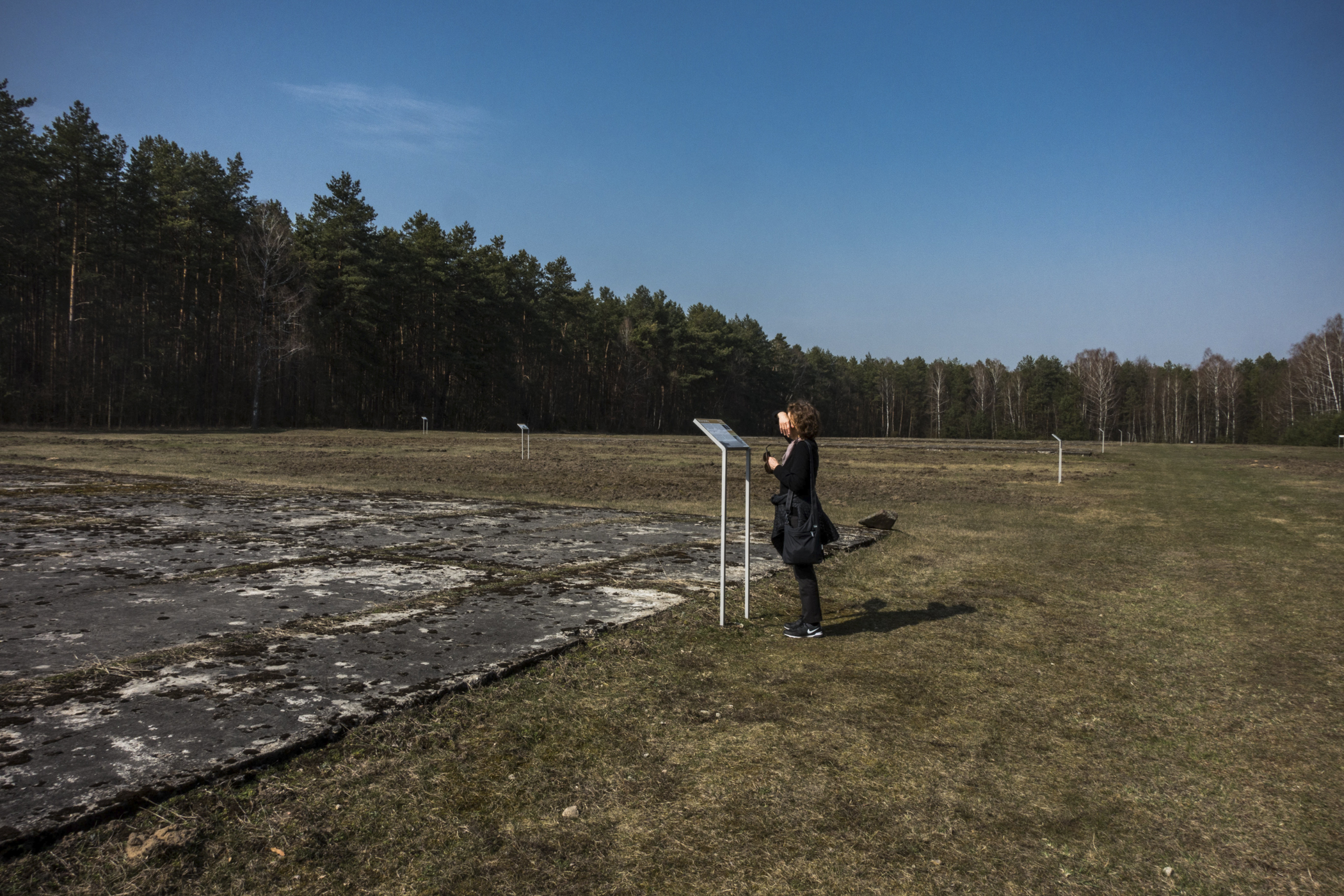 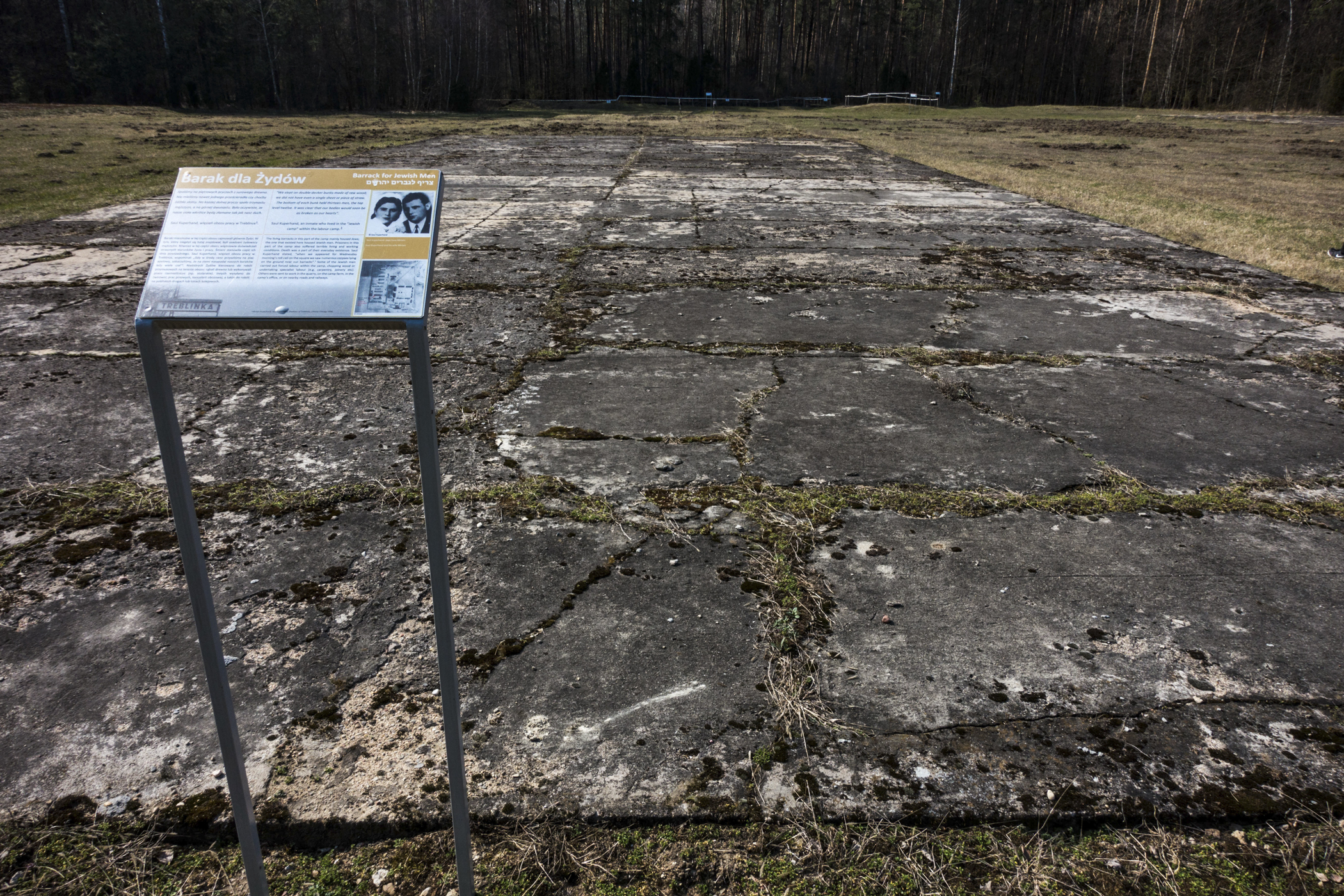 This was a cellar for storing root vegetables. 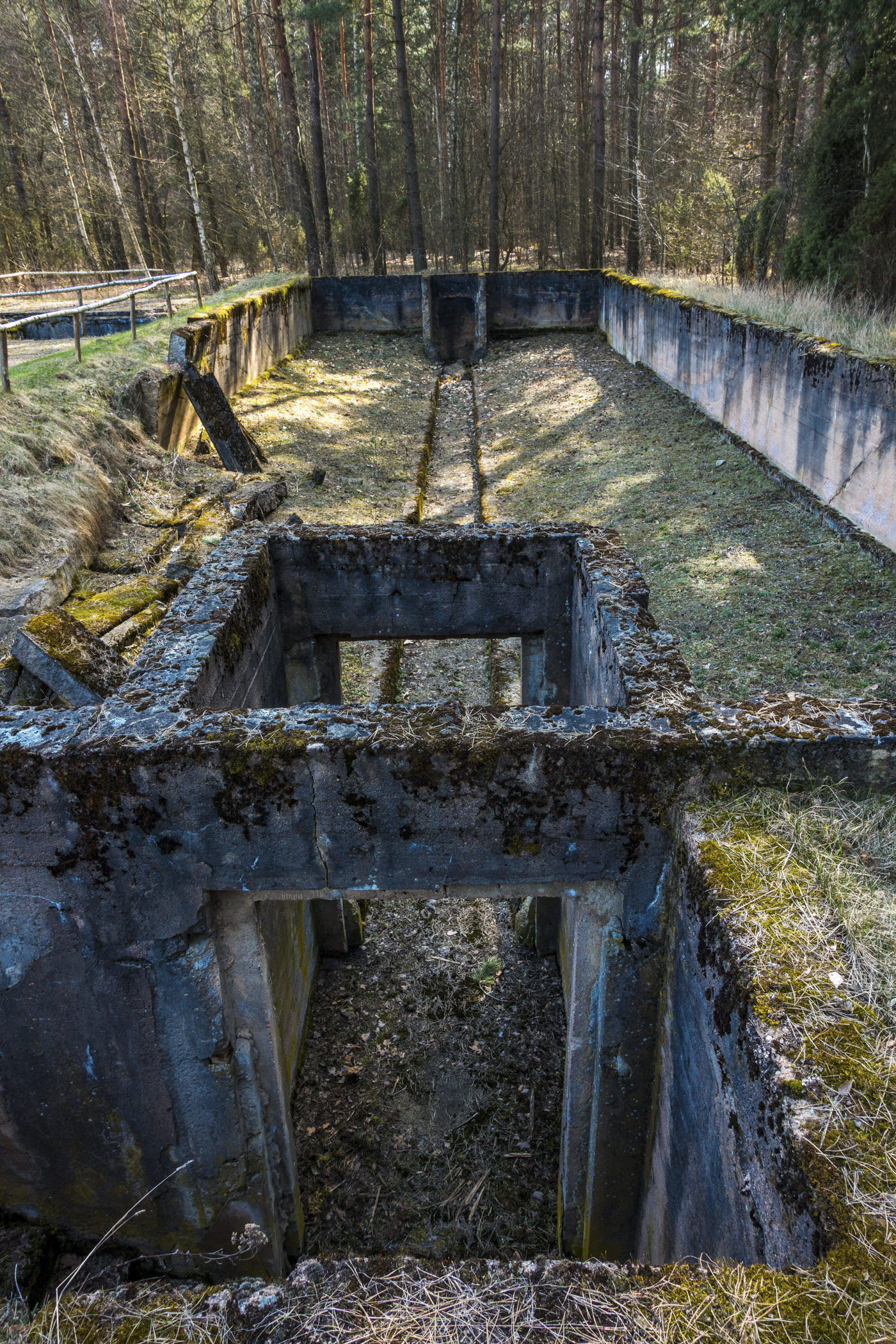 This vast hole is the gravel quarry that prisoners dug by hand! 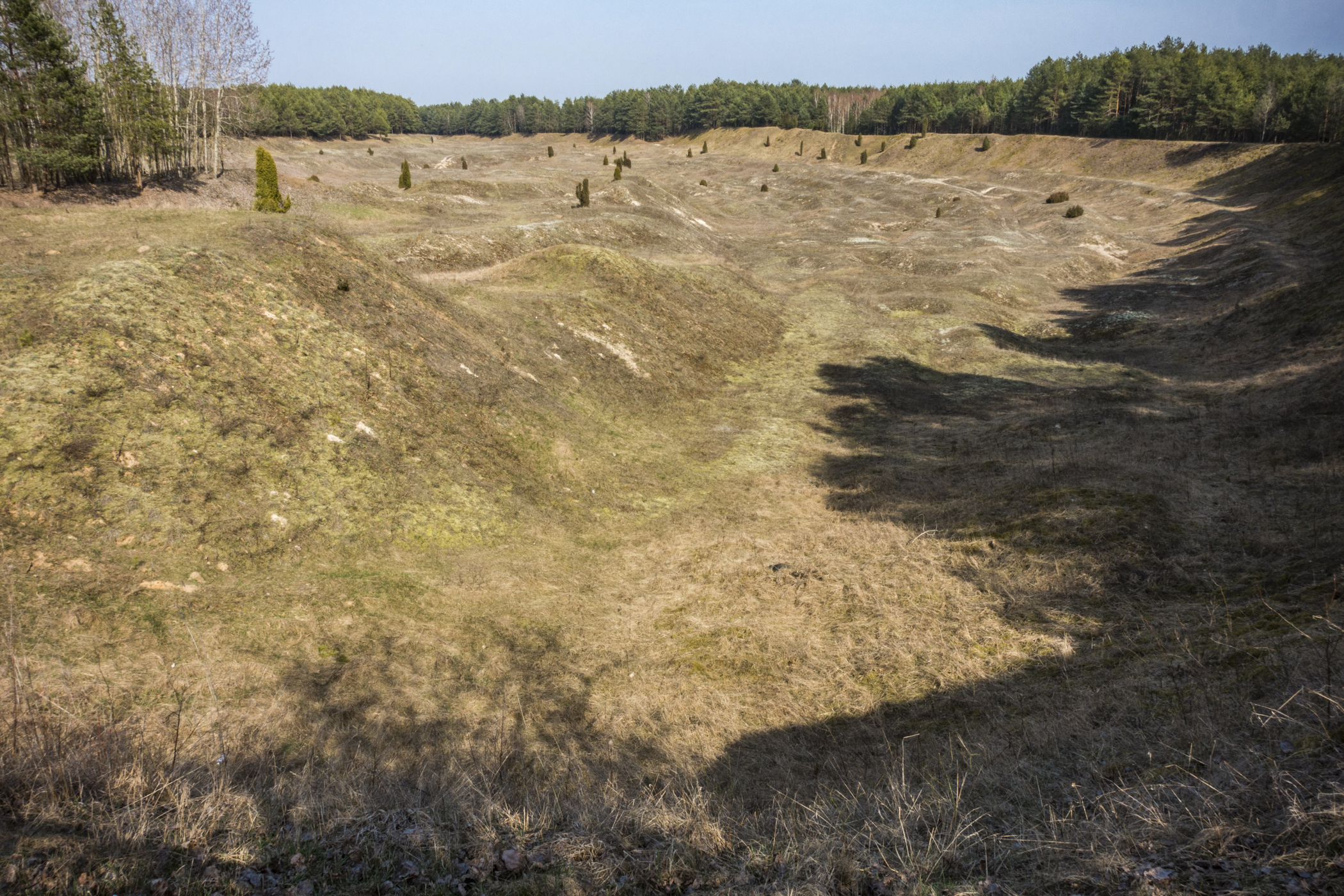 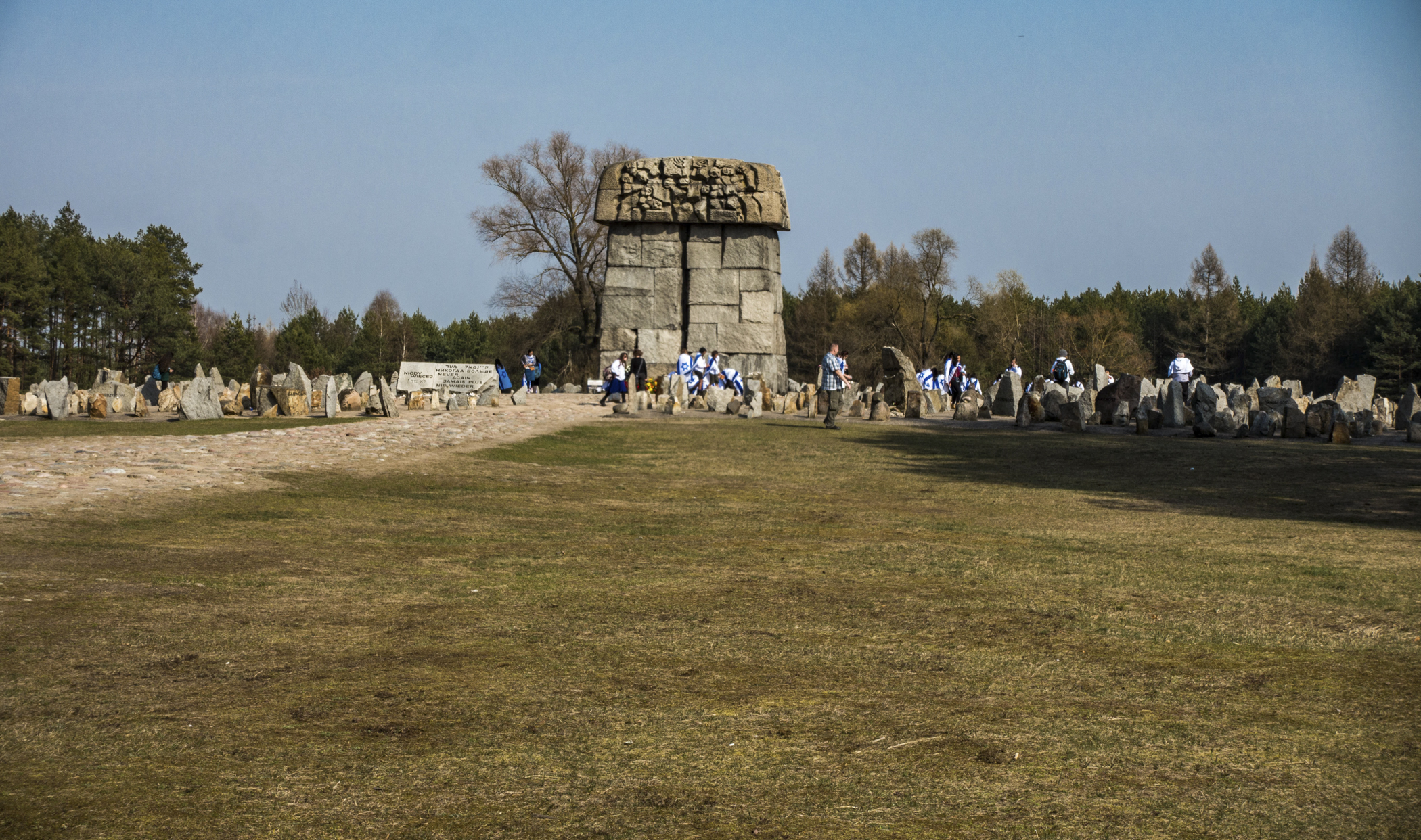 The bodies were then moved to the crematorium, marked by this monument. 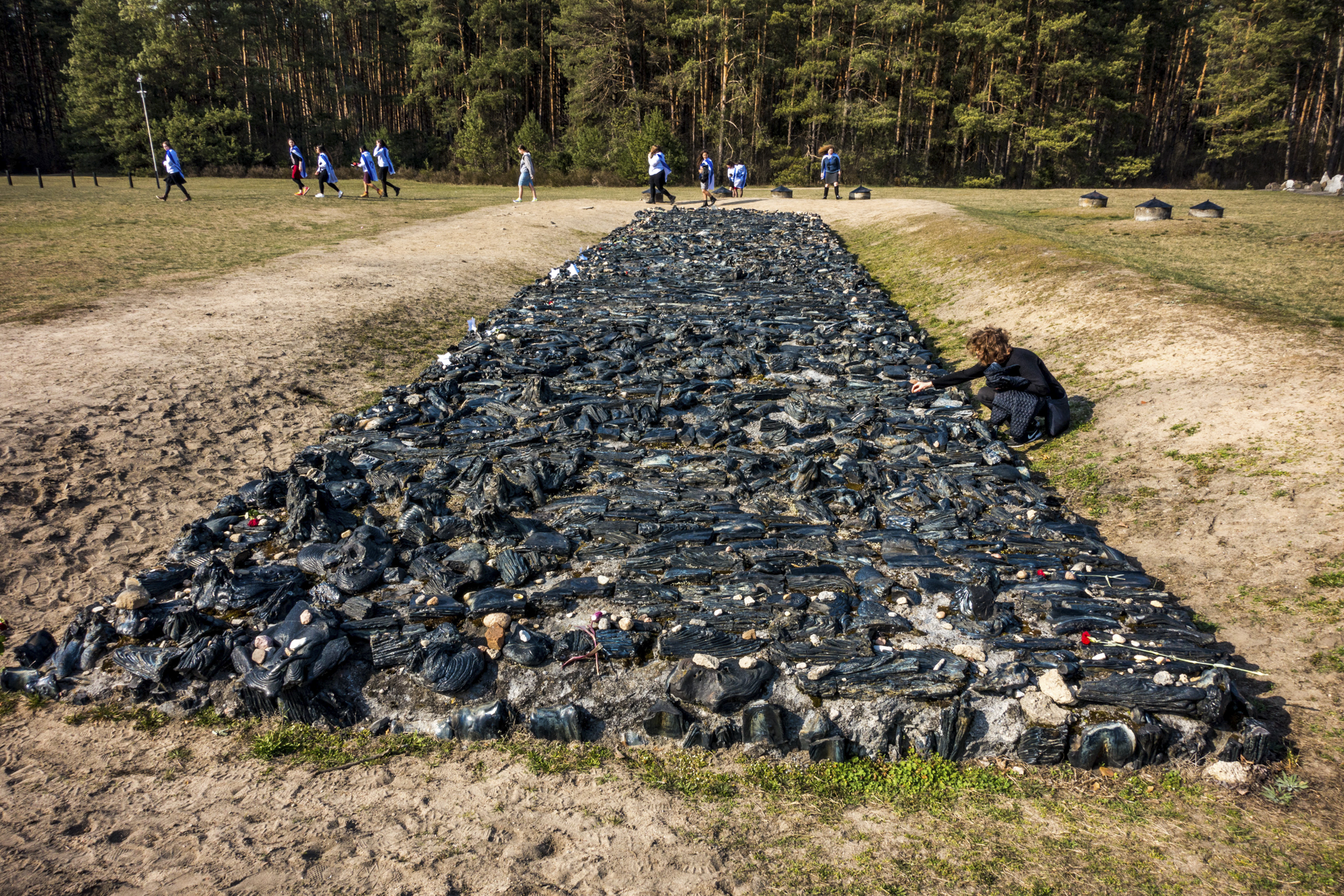 We didn’t understand the meaning of this monument at first. Then the girls we had met in the museum came over and explained that each stone represented a town or village from which victims had come. The size of the stone represents the number of dead.

Notice the blue reflecting from the flags worn by the Israeli girls in the distance. 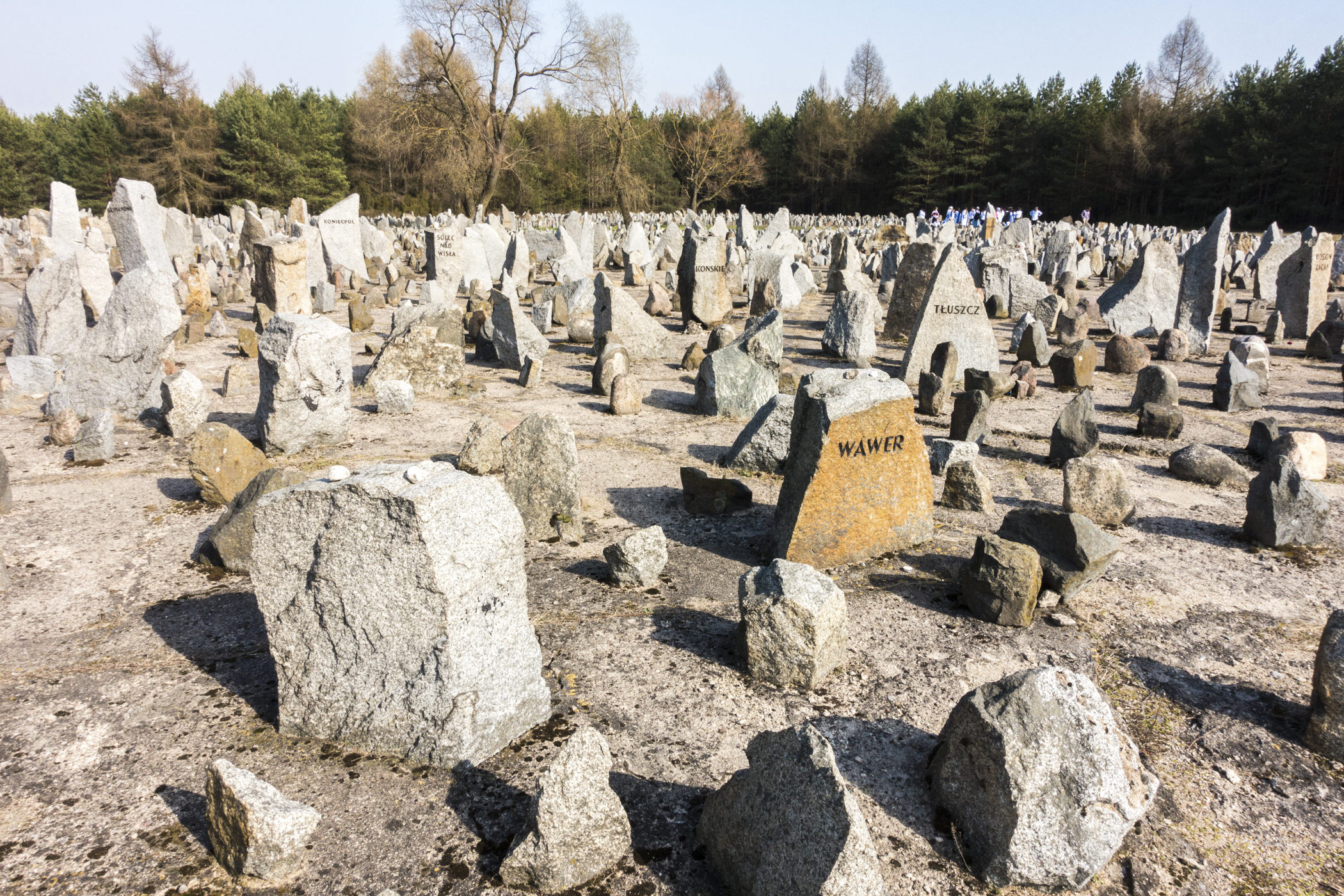 I found this monument especially moving because it resembles some of the Muslim cemeteries that I saw in Tunisia: they consisted of dusty ground with uncut stones lying about. Somehow that felt far more holy to me than fancy headstones.